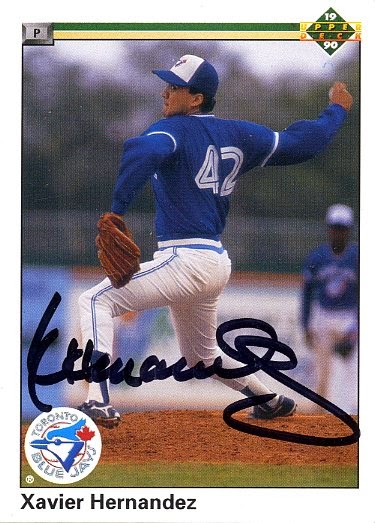 In addition to picking up the collecting bug again, I’ve revisited another favorite hobby of mine: collecting autographs. Over the years throughout my youth I garnered some hundreds of autographs – the stories of many I’m sure I’ll tell through this blog. Many were obtained in person, but I also did a fair amount of autograph hunting through the mail.

As a kid, it sort of blew my mind that I might get a ballplayer to sign something for me for as little as two stamps, a letter and some envelopes. I hung out in an AOL autograph newsgroup, and eventually picked up a copy of Jack Smalling’s book sometime in the mid-90s.

After about a decade since the last time I tried any of these, I figured I’d give it another go. It started as a short list – a few names I’d pulled while cataloging my cards – but since I started sending things off two weeks ago, I’ve sent out 33 letters and I’ve got a list about 200 names long. 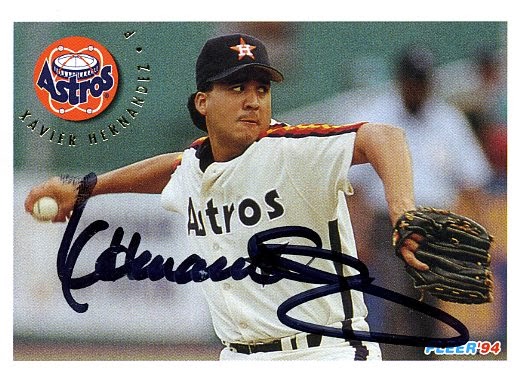 I’ve already landed a few successes, too! My first return was from Xavier Hernandez, and it came back in just three days. It probably helps that we live about twenty minutes apart. The X-Man is now a pitching coach for HBU, and provided some beautiful looking signatures on his ’89 Upper Deck rookie card, as well as ’92 Ultra, ’93 Upper Deck, and ’94 Fleer. 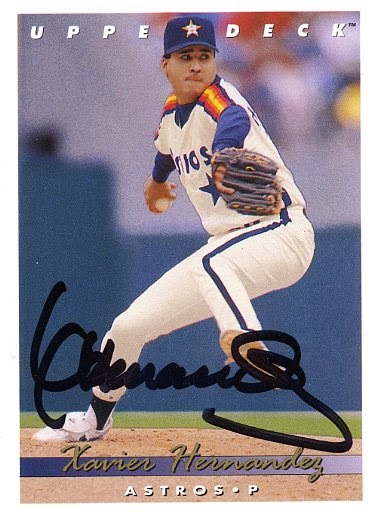 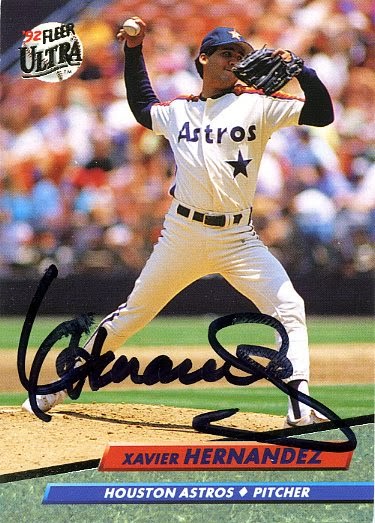 My second success came from Sid Bream, notorious for his slide that finished off the Pirates in the 1991 NLCS. While that was a bit of a heartbreaker, Sid’s sweet signatures certainly aren’t. I really love the swing shots from the ’88 Score and ’91 Upper Deck sets. There’s just so much power in them. The ’95 Score – clearly a Spring Training shot – fills a hole in my Astros autograph collection. My goal is to get something signed by each player, preferably a card or photo of them depicted in Astros apparel. 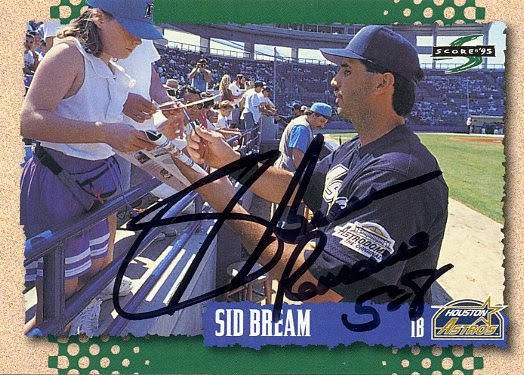 Sid has a reputation for being a great signer, and these cards came back in just eight days. I found out through the grapevine that he requests a one dollar donation per item, so just a tip to any of you that were thinking about writing him.

And finally, this showed up on Saturday!

I pulled this when I bought a pack of Parks & Rec cards as an impulse buy six months ago. It’s got a foil surface, so it doesn’t scan all that nicely. But Nick, who got back to me in just twelve days, signed it in a nice silver Sharpie. It looks way too cool.

With scores Thursday through Saturday and two non-mail days, I’m excited to see if my streak will continue when I open up the mailbox on Tuesday.