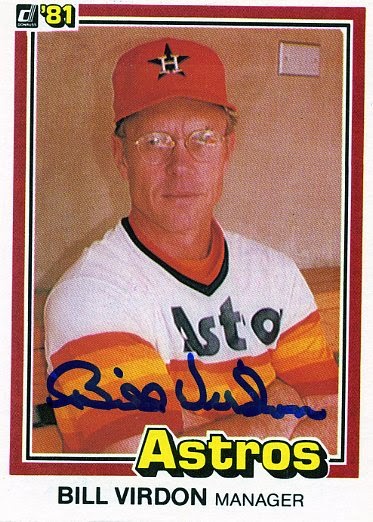 Today was full of goodies – a batch of Astros I snagged cheap on eBay showed up in the mail, and I managed to finally find a Wal-Mart in town with some baseball cards. That enabled me to burn some leftover returned Christmas credit (sorry, but I’ve no need for a Battlefield 4 themed Axe package) on a few rack packs.

I picked up a hanger of 2013 Topps Series 2 and two hangers of 2013 Topps Update. Inside were a few more ‘Stros cards, some nice young guns I plan on writing, and some decent inserts. Oh, and definitely some trade bait. It’ll make the blog soon.

Of course, I’m creeping around the internet and patrolling some of your blogs as well. I’ve already reached out to a few of you in hopes of starting some trades.

The big score today, though, was another addition to my Astros in uniform autograph set. I got a reply from Bill Virdon, who signed four manager cards I sent his way. I’ve already got a pair of cards signed by Bill from his playing days with the Bucco’s, but now I’ve added a few of him in Astros duds, and one ’84 Topps that features him in Expos garb.

Bill’s cards mean that my TTM streak currently sits at a cozy four days! I dropped a few more football players in the mail today, so we’ll see what if anything tomorrow’s mail brings. I’ve probably already jinxed myself just by mentioning it. 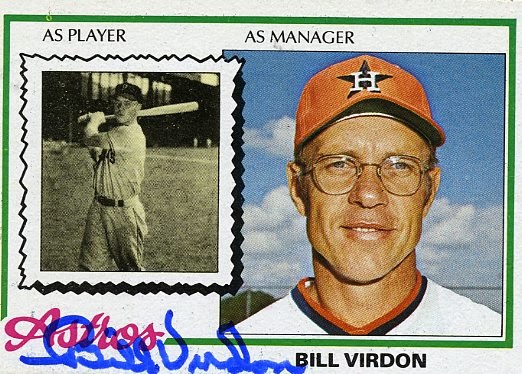 Ok, I’ll let you take a gander at the rest of the ink. I’m off to file some Astros, update my want list, and pull some prospective trades. 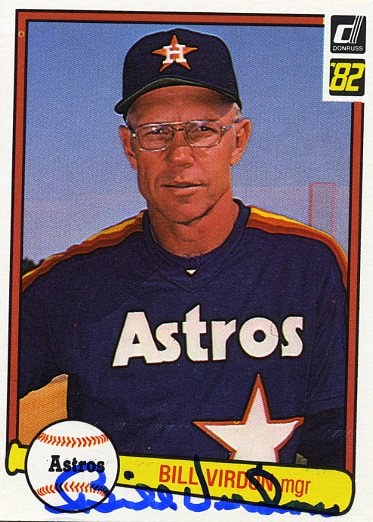 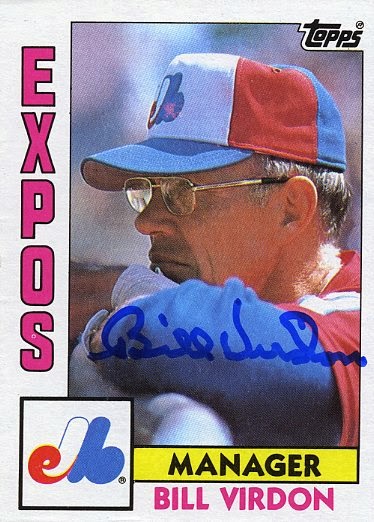