If the title confuses you, go back and read my last post. As you can imagine, I’ve been digging through the boxes I bought at the garage sale with great anticipation. There is a lot of available trade bait that I’ll be posting soon.

I haven’t even breached the massive amount of ’74 cards, or the sizeable chunk of ’84 Topps, or the partial set of ’81 Topps. 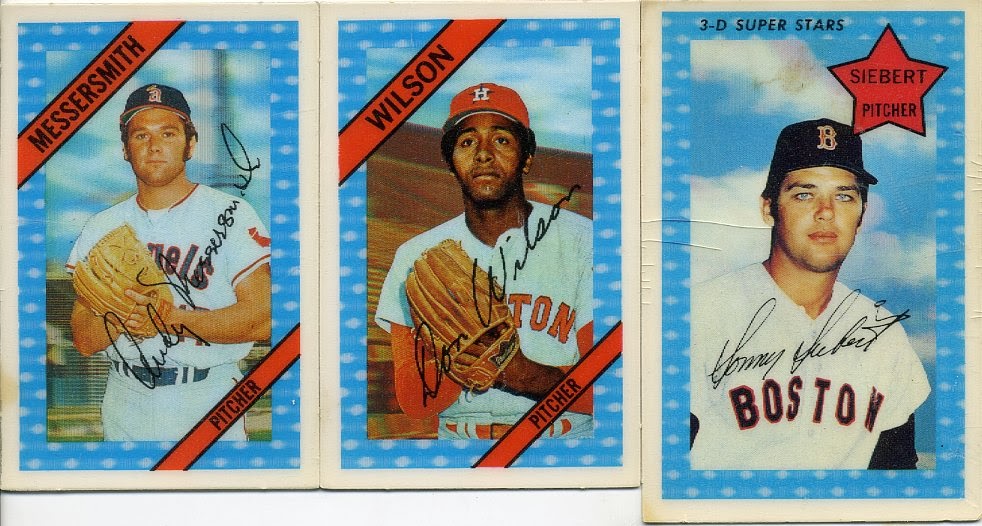 Digging into the stack of random cards in the miscellaneous box brought for these Kellogg’s – two from 1972, and a slightly cracked 1971 Sonny Siebert. My favorite part about the Wilson card is that along with his vitals, it lists a hobby: cabinetmaking. 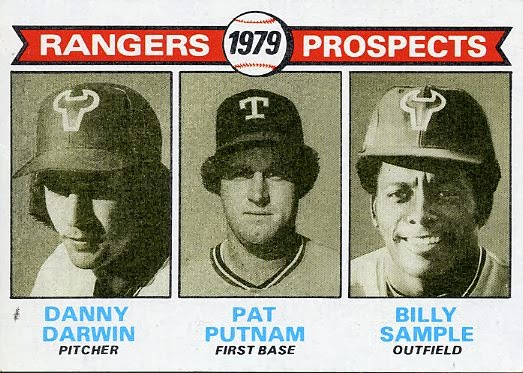 Finally, I got an RTS on the Danny Darwin I sent out last month, but it had a handwritten forwarding address. Someone’s already posted a success with it on SCF, which is exciting news, especially because I can now include this 1979 rookie card, another pull from the miscellaneous box.

Here’s hoping it comes back quickly!

Also, if you read this on the blog, you’ll have noticed that I’ve done a little tinkering with the layout, and I finally got around to adding the blogroll on the right. Also, in addition to the Wantlist up there, I’ve added another Google Docs spreadsheet: Player Collections. This’ll build as I go, and some of them are more serious than others (Bagwell takes priority of course), but it’s a nice reference for you in case you’re thinking about which cards you might send my way.

0 Replies to “Quick notes from The Big Bang.”