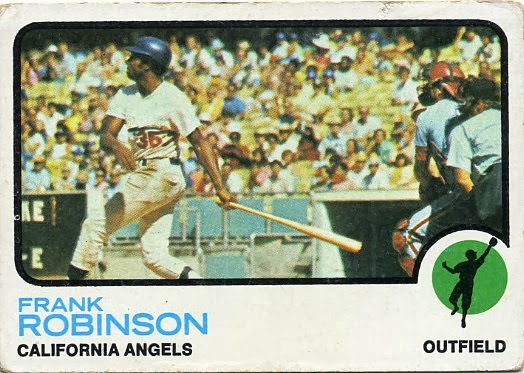 I have Fridays off, so yesterday I decided to head out in search of a few cards, and possibly my current furniture white whale: an inexpensive but nice nightstand. So I did a quick Craigslist search for estate sales, and picked one that promised cards that also happened to be near an Antique Mall (in two senses of the words).

The estate sale itself was a bust. Well, it was sort of a bust. The family running it was shuttling boxes in from storage – running a parental estate sale out of their own garage – and the boxes of cards hadn’t been unpacked yet. They took down my number and promised to be in touch.

So, I drove to the nearby antique mall, which is both what you’d expect: a big building full of booths of all sorts of old stuff – and an aging, decrepit mall that lost some flagship stores. The antique mall itself used to be about a mile south, but the state is expanding the highway and exercised its imminent domain to buy out the land the antique mall occupied in order to add lanes and I believe a parking lot for a transit center. It offered the antique mall extra money if they would take over the vacant JC Penney store in said aging mall.
Anyhow, I went around in search of my nightstand – something mid-century, mid-modern, or potentially a subdued art deco would do – and some cheap cards. Any cards, really – I would’ve been happy finding a bin of junk wax packs, or some 90’s semi-stars. As the (unceremoniously airbrushed to obscure his obvious Dodgers uniform) 1973 Topps Frank Robinson up there belies, I stumbled upon something a little better.
It took me walking nearly the ENTIRE department store worth of 10×10 booths before I found one that was sports-dominated and had some stray cards. There was a tremendous stack of pennants, all sorts of advertising-related memorabilia, buttons, Salada coins, autographs, etc. But what struck my eye was a small box showing two toploaders. One held a 1965 Milt Pappas, the other a piece of paper that read: “50s, 60s and 70s stars, $1 each.”
Yup, you read that right. Just a dollar a card.
I didn’t buy the Pappas, but I bit on a small stack. Enough talk, it’s time to show off the rest of the goods.
First, a 1966 Vern Law,  and another Frank Robinson. It looks like Frank’s been airbrushed again. Sadly, this represents the awful font the Indians wore from ’75 – ’77. 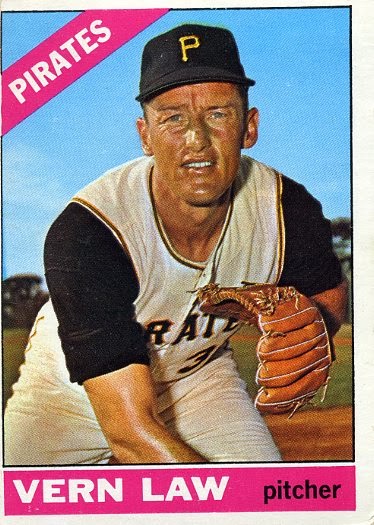 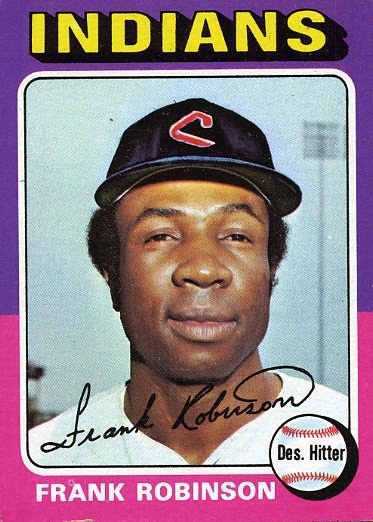 Next, another pair of 1975 Topps: a Steve Carlton that’s seen a little love, and Ron Santo. 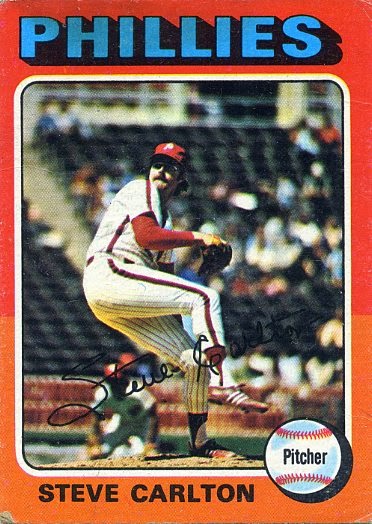 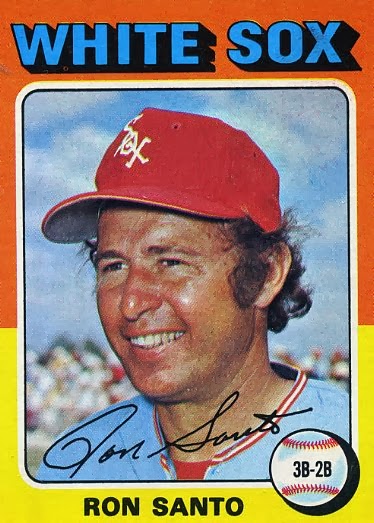 Then, some downright beautiful 1970 Topps. First off, Sal Bando and an adorable Davey Johnson. 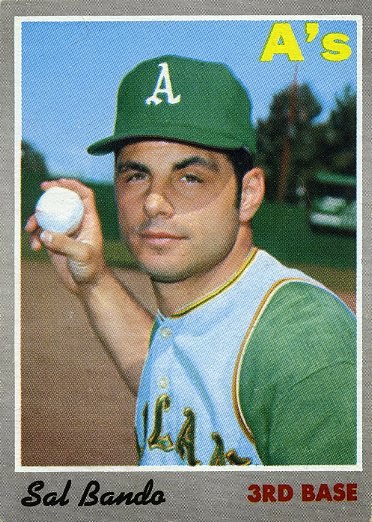 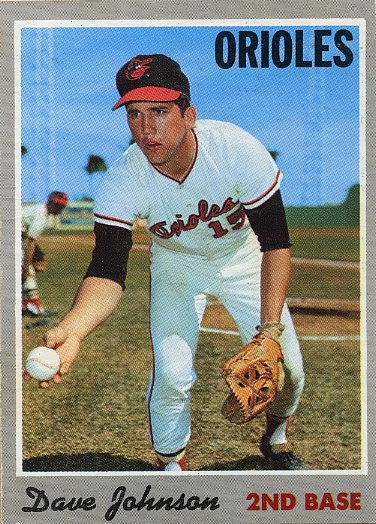 Now, the big score of the day: Astros! 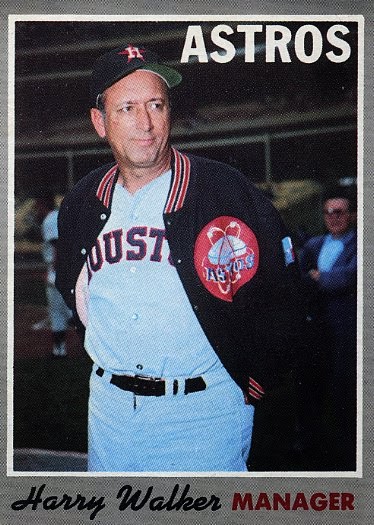 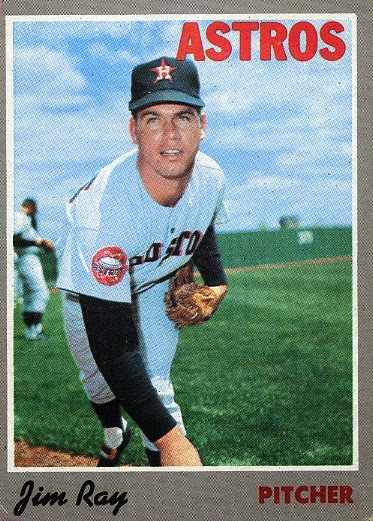 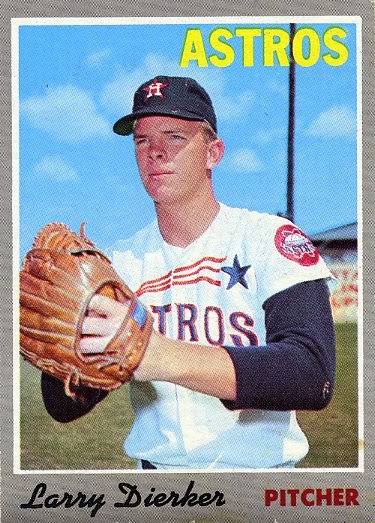 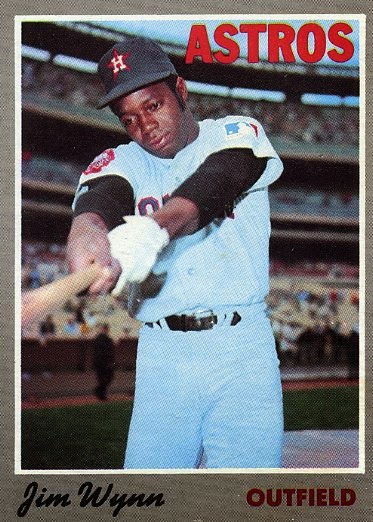 I really do love the look of 1970 Topps, both the front and the back. Both are very clean, and they lack the artificial signature on cards of which I’ve never been fond. As an autograph collector, I imagine that these would look great signed in a nice blue, too.
Not only were these cards a buck a pop, but also they were in pretty darn good shape, minus the Carlton and that first Frank Robinson.

The booth is probably worth another visit, but I think I’ll wait a bit. If anyone collects Starting Lineups, I found another dealer there with some dusty unopened hangers, mostly from 1997-1999, and at a decent price. There were a few Ripkens, lots of the “Classic Combinations” series, and several Cooperstown Collection figures. If you’re interested, I’ll take another look.