by MarcPosted onFebruary 15, 2014July 10, 2019
A couple weeks ago I received an email from a gentleman named Greg, who said he found my blog via Night Owl Cards. He wanted to strike up a trade, offering to send some Astros my way in exchange for well, basically anything off his want list. Greg doesn’t run a blog that I know of, but you can find his want list online, so check it out and see if you can help him.
In addition to sending me some Astros, Greg knocked out some chunks of sets I’m working on as well.

First up, a pair of the 1988 Donruss he sent my way. Not only do I get a lovely Trammell Diamond King, but also a bunting Hershiser. Interestingly enough, both Hershiser and Fernando Valenzuela’s cards from this set depict them bunting. Probably not something you see very often. I hope Trammell makes the Hall of Fame soon. 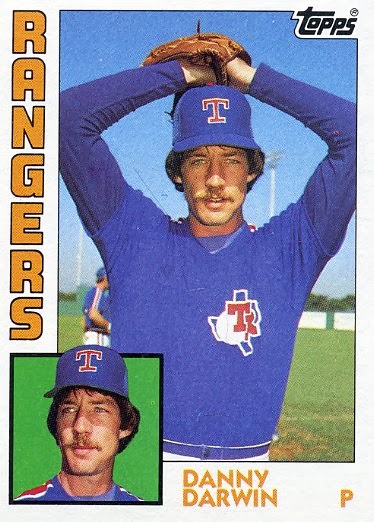 Greg sent a few dozen cards from 1984 Topps, including this great Rod Carew and a fantastic Danny Darwin. 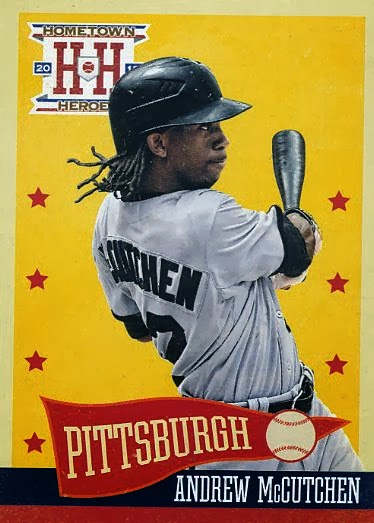 There were even some of those cool 1988/1989 Pacific Legends cards. What the heck is going on with Duke’s shoulders here? Greg really surprised me with a stack of cards from one of my favorite sets of 2013, Hometown Heroes. There were a few Astros, and a man who’s quickly become one of my favorite Pirates in history, Andrew McCutchen.
I’ve got to hand it to Panini, they put out some stellar sets last year, and the only downfall – and I’ll say it like every other card blogger – is that damn missing license.
As I mentioned at the top of this post, Greg sent some Astros my way. My favorites are the oddballs, of course. 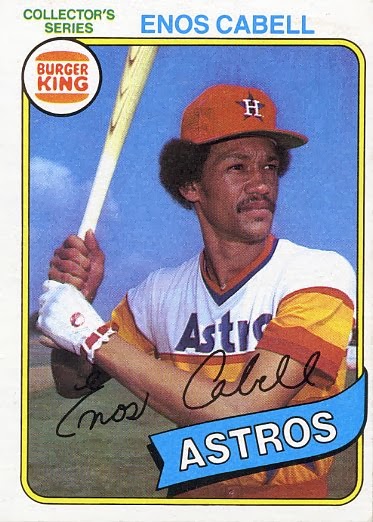 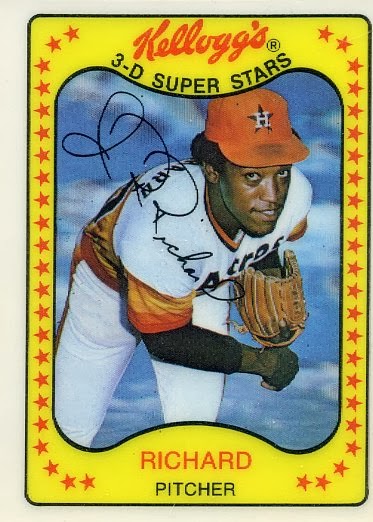 That Cabell marks the first of these 1980 Burger King Pitch, Hit & Run cards to make it in my collection. I shouldn’t have to say anything about the 1981 Kellogg’s J.R. Richard – the Kellogg’s cards are definitely among my favorite running oddball series. 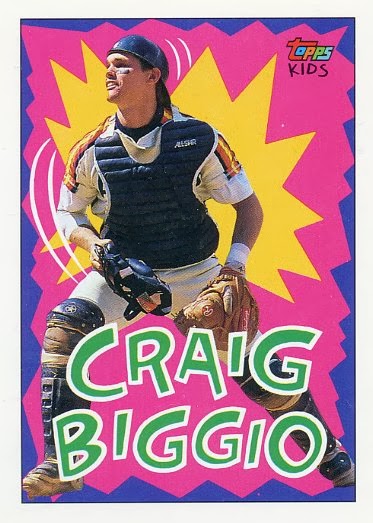 Finally, Greg sent several Biggio cards in the Astros stack. My favorite is definitely this 1992 Topps Kids. This set is one of the greatest minor releases of the early 90’s in my opinion. Their cartoon backs were a precursor to the mid-90’s Bazooka sets.

Thanks again for the awesome trade, Greg! Here’s hoping some more folks send cards your way.

0 Replies to “Tradin’ With Greg”