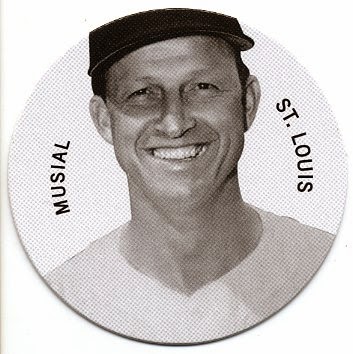 We returned from our road trip out to Marfa, Texas yesterday. The town was pretty amazing, and I definitely recommend visiting if you get the opportunity. The Chinati Foundation was phenomenal, the West Texas desert is gorgeous in its own way, and there’s a ton of quirky and fun things to do in the small town with a population of 2121 people. We’re already planning to go back this summer and take a longer trip, so that we can make time to get to the McDonald Observatory in nearby Fort Davis, spend some time in nearby Marathon and Alpine, hit up Big Bend National Park, and do the full tour of the Chinati collection and the Judd Foundation.

The drive out there was fantastic, and while I don’t want to blend the blog too much, perhaps I’ll share a couple photos when I get my film (yes, film – I took my Hasselblad out there) back. To break up the drive on the way home we stayed in San Antonio last night, stopped by a great farmer’s market and the fantastic Local Coffee this morning, and then drove home. That’s when the horror happened. There was some speeding jackhole that I couldn’t stand whizzing in and out (who I actually wound up beating home) and then a tremendous downpour that seemed to last for eternity – probably about 30-40 minutes – which made visibility nearly nonexistent.

So after arriving safely home, I decided to reward myself with a few packs of cards. I checked my local Target hoping for some Heritage, but alas there was none. So I snagged some packs of 2013 Panini product that I rather enjoy: Hometown Heroes, Cooperstown, and Pinnacle.

Here’s the highlights, or rather, most of them. Some don’t scan so well. 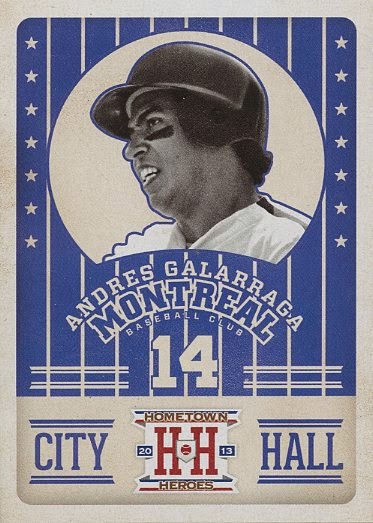 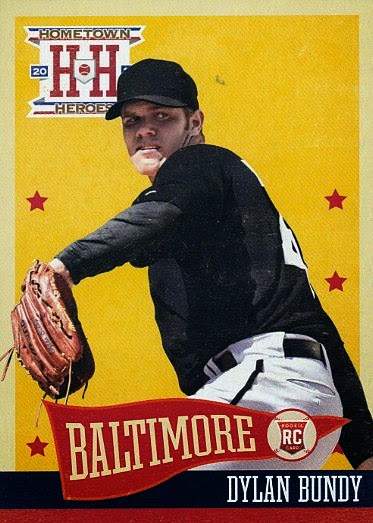 First, the Hometown Heroes. I really like this set, and decided that I’d probably try to put it together. I’m somewhere around 35-40%, so I’ll just keep on going, but I’m in no rush. Unfortunately one of my packs seemed to be almost a full overlap with a prior pack, so if you’re in need of Juan Samuel, Jerome Walton, Lenny Dykstra, Gio Gonzalez, Gary Pettis, Juan Pierre, or Mike Hargrove just let me know. I did pick up a few new ones, including an Evan Gattis rookie, Brooks Robinson, and the base Reggie Jackson, along with the short-print Dylan Bundy and that Andres Galaragga insert. 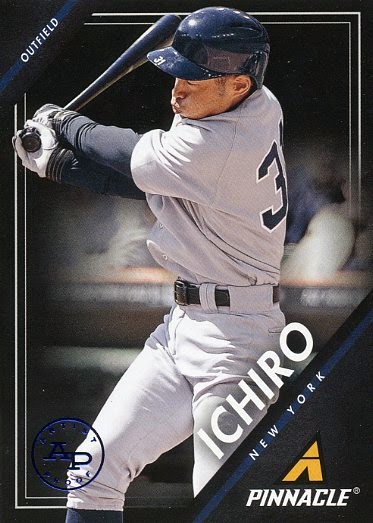 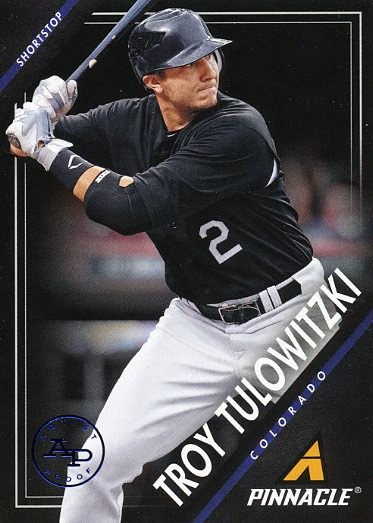 The Pinnacle packs held more goodies, including these two Artist Proofs blue parallels. There was also a great Miguel Cabrera/George Brett Team Pinnacle insert and a Jurickson Profar Museum Collection parallel, both of which won’t scan for shit, but dang do they look pretty. Not as pretty as these two Clear Vision Singles, though. 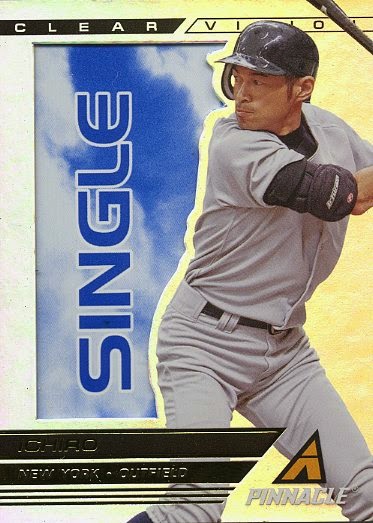 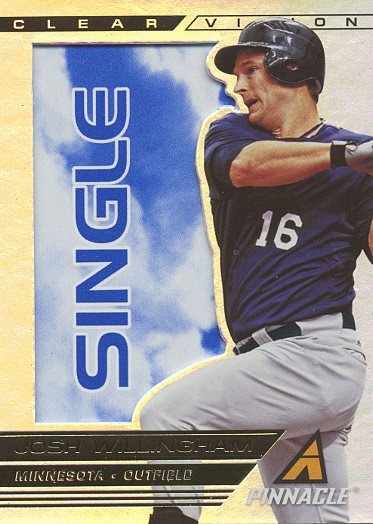 If anybody wants the Willingham, or that Tulowitzki Artist Proof, they’re available. Lastly, I pulled a pair of Harpers, including the Team 2020 insert. 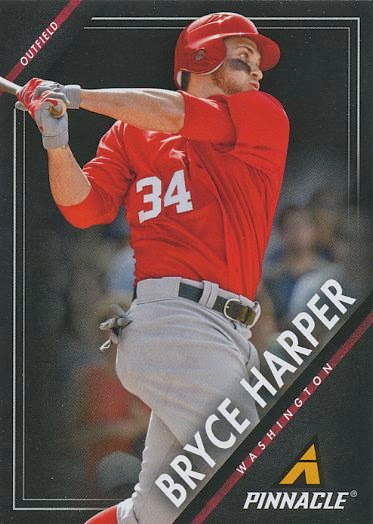 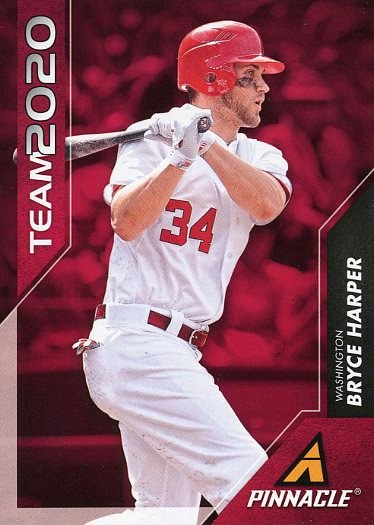 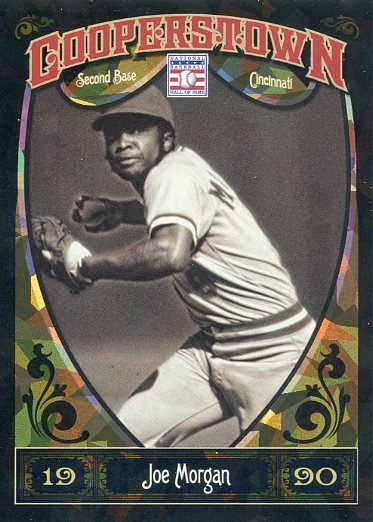 Finally, the weak part of me decided that I could snag a pack of Cooperstown before walking away from the cards. My Colgan’s chip was Musial, as seen above. I picked up a Historic Inserts ticket and base cards of McCovey, Snider and Roush before the last card in the pack revealed a sparkle parallel of Joe Morgan. “Again?” I thought to myself, as I’d pulled the Morgan sparkle out of a 2012 Cooperstown pack not too long ago.

Then I went to log the card on Trading Card Database and discovered that I had to figure out which sparkle parallel I was holding. I hadn’t even flipped the card over yet, and I wasn’t in the best lighting, so it was a pretty huge surprise when I determined I was holding a 1/1 black parallel! Maybe I’ll hold onto this one after all!

Alright, time to start filing these piles on my desk, working on some trades, and writing some TTM requests.