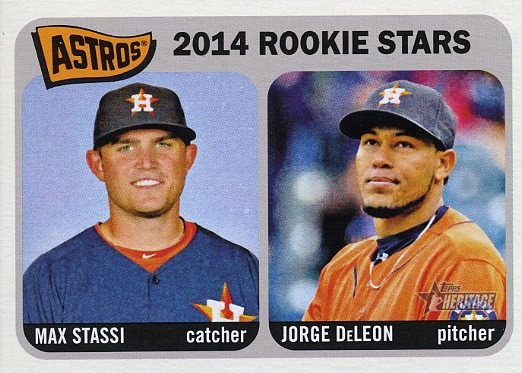 Oh my goodness, I am in a state of complete bliss at the moment. I just finished watching the Astros cream the Yankees for a tremendous victory. I’ve got to admit, I was a little nervous when Scott Feldman started off the game by plunking Derek Jeter, but Houston blew the game open before the Yankees even got two outs, so that subsided pretty quickly.
This was the year that I figured out that Opening Day now outranks my birthday, as far as I’m concerned. As I’m sure many of you did, I bought some packs to celebrate the occasion. Topps Heritage finally showed up at my local Target, and I was pretty pumped to pull that Stassi/DeLeon card out of my first hanger pack. I hope Stassi develops into the full-time catcher the Astros think he can be. Then we could possibly move Castro to first base and save his knees. 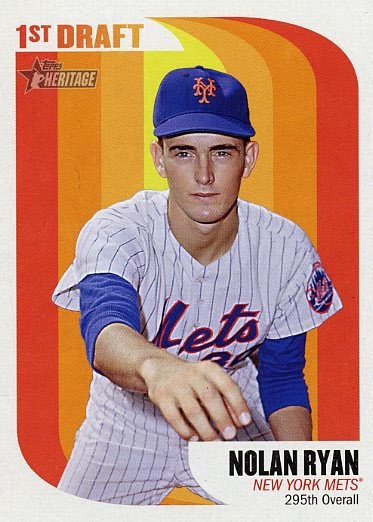 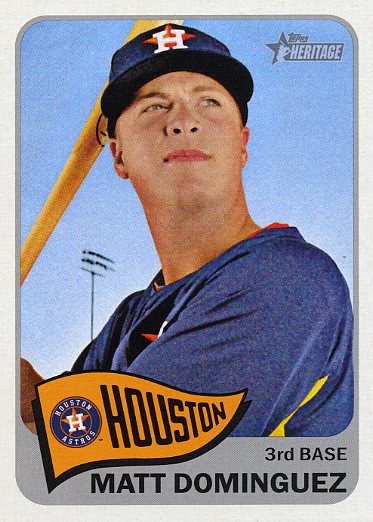 I bought a total of three hangers, and my pulls just kept coming. I snagged that sweet Nolan Ryan draft insert, and a nice looking Dominguez. 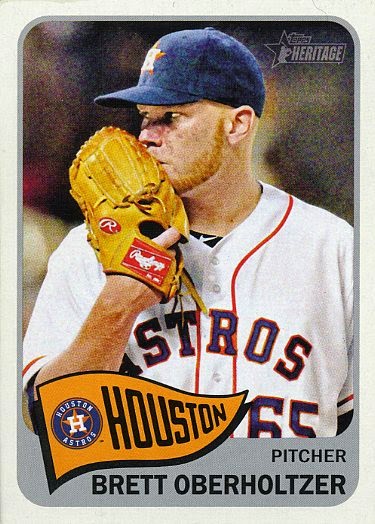 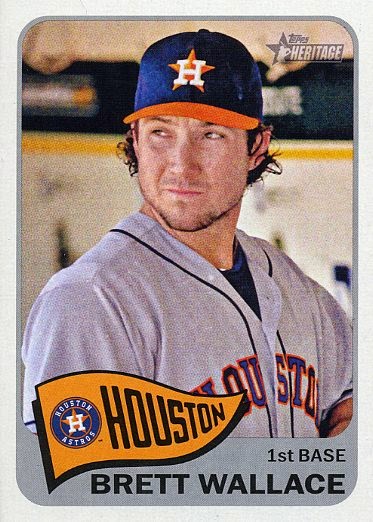 Ah, now we have a tale of two Bretts. Oberholtzer has a lot of potential if he can replicate the way he showed he’s capable of pitching last year. Wally managed to swing-and-miss his way out of town, and now he’ll be backing up Crush Davis in Baltimore. I honestly wish him well, and perhaps the Orioles can help him in the same manner they helped Davis.

There are a lot of scans in this post, so I’m moving pretty quickly. One quick beef: HEY TOPPS, Lance is about to retire AS AN ASTRO on Saturday. You could have switched that pennant out pretty easily. Ok, a second quick beef: I get that Heritage is supposed to make us nostalgic for the older sets, and the old dot-printing left a little to be desired, but it seems to me that the modern cards could be printed with better quality. It seems like the images are downgraded a bit much for the type.

Ok, more observations: Is Evan Longoria on track to look like Lance? Also, WTF WTF WTF is up with Coco Crisp’s hairline and that hat hair? Topps, I’m sure he’s just loving that card. 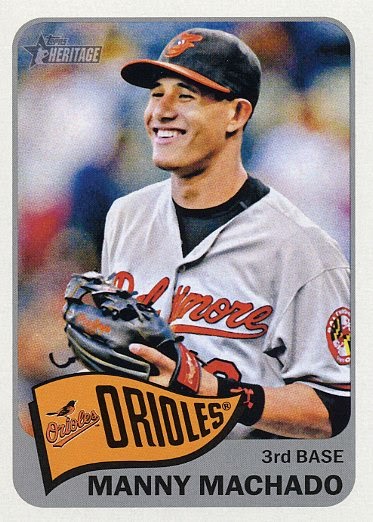 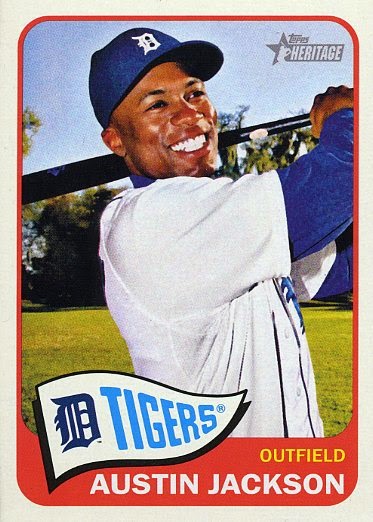 I pulled a couple more sweet cards of two of my favorite non-Astros in the league. Here’s hoping that Manny makes a quick recovery. 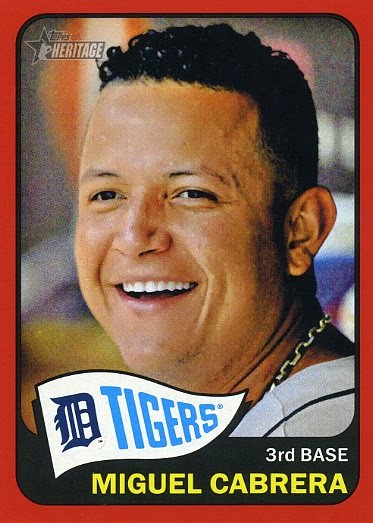 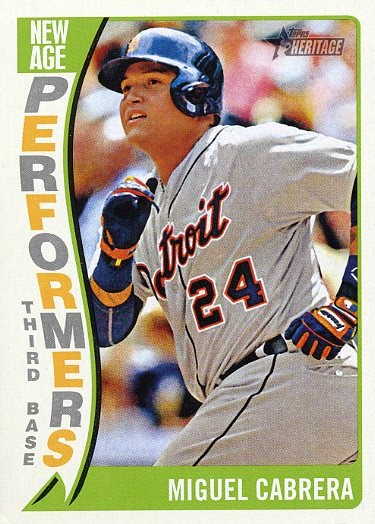 I’d really like to be snarky here and make a joke about pulling two cards of the reigning two-year runner up to the AL MVP, but let’s just be happy with these two Cabreras. 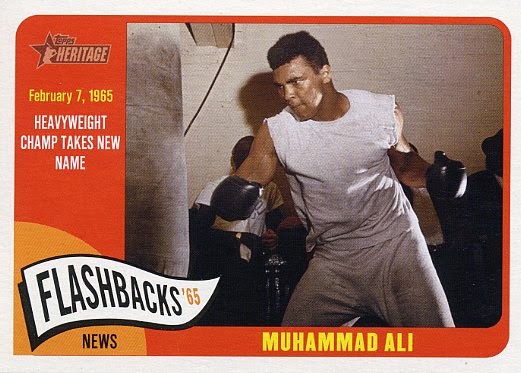 Further along in insert territory are these three pulls. I’d happily trade these away for some equivalents, as I’m looking for the following: 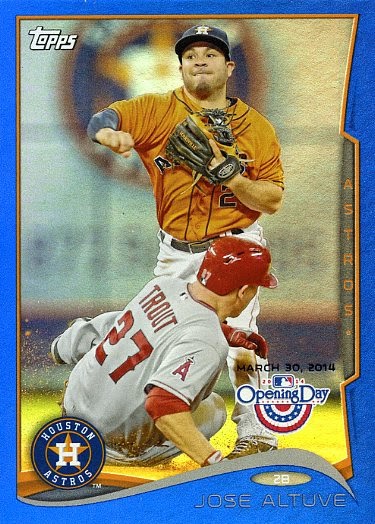 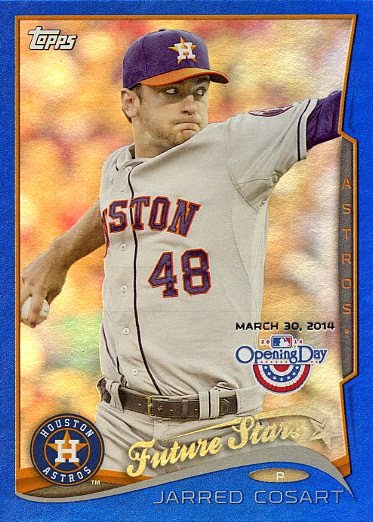 Topps Heritage wasn’t enough to slake my card-thirst, so I snagged a few of the jumbo packs of Opening Day, and boy was I happy about that decision. Two of my blue parallels are Astros, with pulls on Altuve and Cosart. 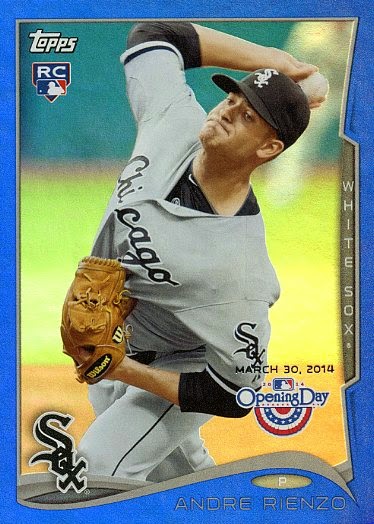 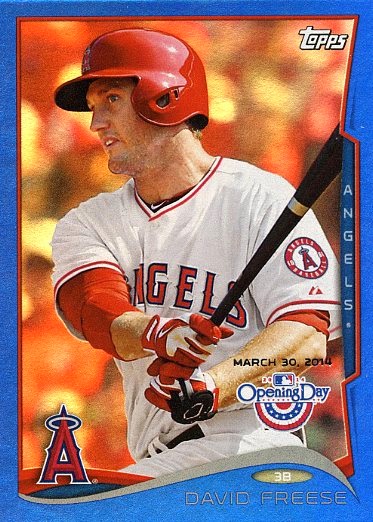 These blue boys are up for grabs though.

There were some mascot cards too, of course – and I snagged a great card of Orbit. As a kid at the Astrodome, I found Orbit both fantastic and mildly terrifying. The Astros gave him a nice makeover when they brought him back last season. He’s much cuter now, and my wife has claimed this one for her desk at work. So, uh, I need another one for my binder I suppose.

As for the Phillie Phanatic – well, I’ve never been a phan, and I have no freaking clue what Slider is supposed to be in relation to the Indians. Both of them are available. 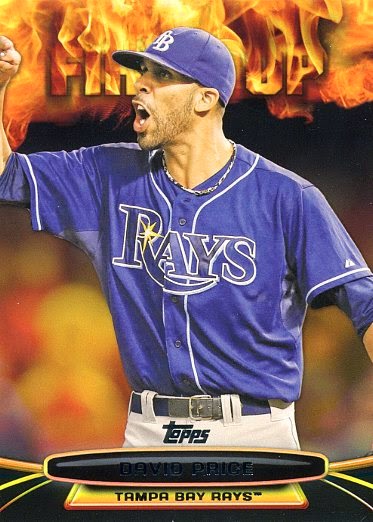 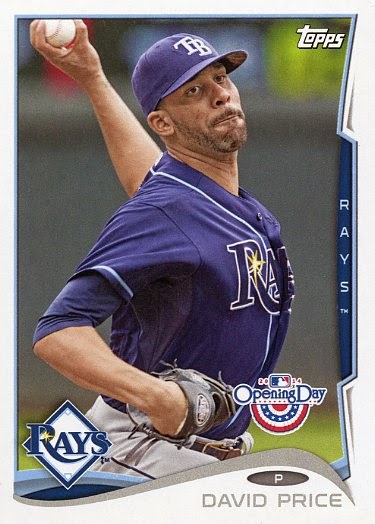 I think the consensus is that Fired Up is a bust of an insert set. For anyone that’s chasing it though, I’ve got a David Price to spare, as I wound up with a duplicate. I managed to pull his base card from the set as well. 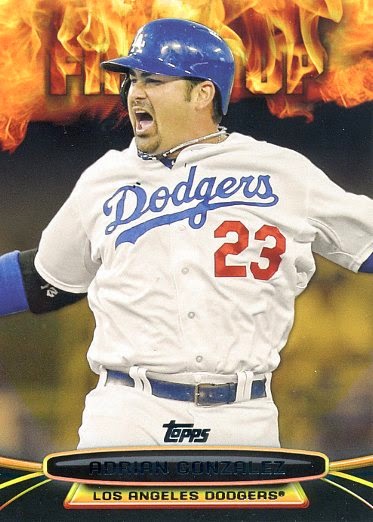 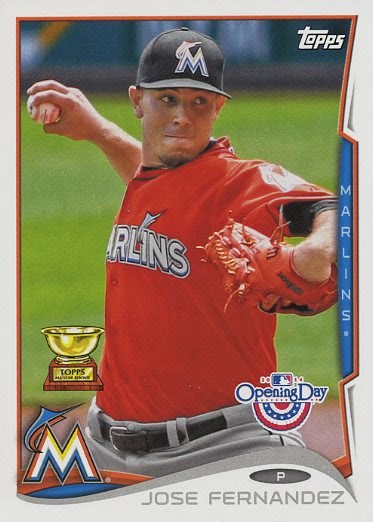 You can have that Adrian Gonzalez too, if you like. I’ll keep this Jose Fernandez. I really like watching him, and he pitched a really nice game yesterday. 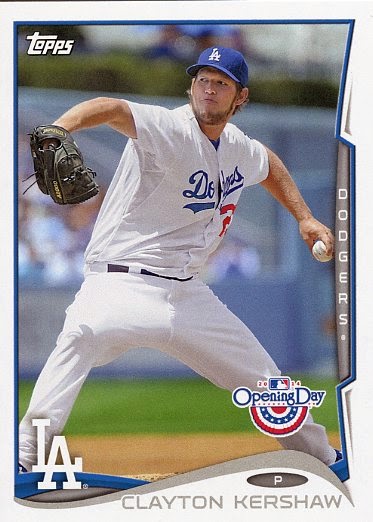 I pulled an insert/base combo with Kershaw as well. These Breaking Out inserts are pretty sweet. They remind me a lot of when Donruss took the glossy route on the Diamond Kings in 1993.

Alright, more small cards. I’m sure you’ve seen all of these already, so I won’t bore you. I will say I expect to see a lot of highlights involving this trio of young studs this year. Also, I have a duplicate Puig if someone needs it.

Meanwhile, I hope to see a rebound from Josh Hamilton, and I also hope that Crush and Cutch can continue to be big-time producers. It’d be a travesty if Davis was one of those players who had a tremendous season and then faded into obscurity. As for McCutchen, I just want him to continue holding up the Pirates.

Yeah, I posted horizontals. This post has devolved into “what I’d like to see out of 2014,” but I don’t care. Here’s hoping that Billy Hamilton can actually get on base, because I’d hate to see him become just a base-running specialist, and he’s exciting to watch. Oh, and I don’t have anything to say about the Longoria.

I was so excited about Opening Day, I even plunked down for a few packs of those delightfully silly Topps Stickers. I’ve got to say, this year’s offerings look a lot better than last year’s. Does anybody else buy these? Care to swap for some Astros? I may pick up a few more packs, but I’d rather not have to wind up with a bunch of stickers that don’t really interest me, though.

I’ll hold onto these for sure, however. My fondness for Austin Jackson has already been stated, and I’d never throw a Trout back in the waters, unless, you know, it was an expendable duplicate. 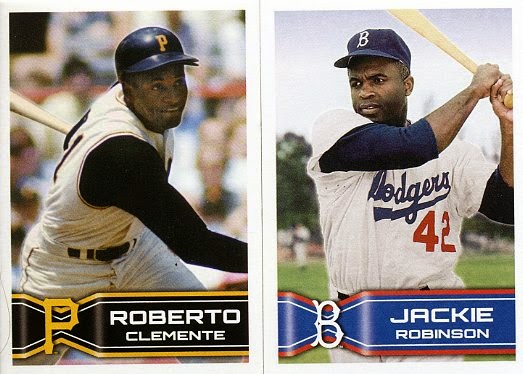 There were a pair of fantastic throwback players in my sticker packs as well, with the Roberto Clemente and Jackie Robinson to the right. I could potentially let Robinson go, but Clemente slips right into my binder.

Phew, that was a long post. Here’s to Opening Day, here’s to a great victory, and here’s to some great pulls. Hopefully there will be many more victories and pulls in store this year. As always, let me know if something here catches your eye.

0 Replies to “Opening Day, Opening Packs, and the Astros Opening a Can!”