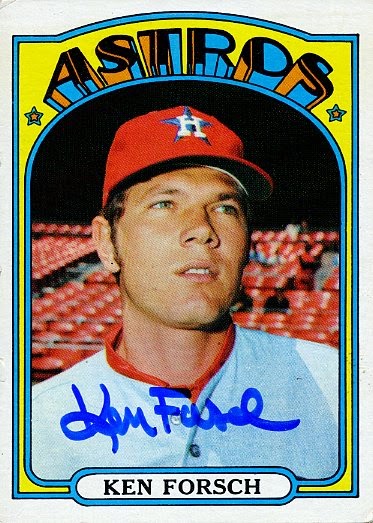 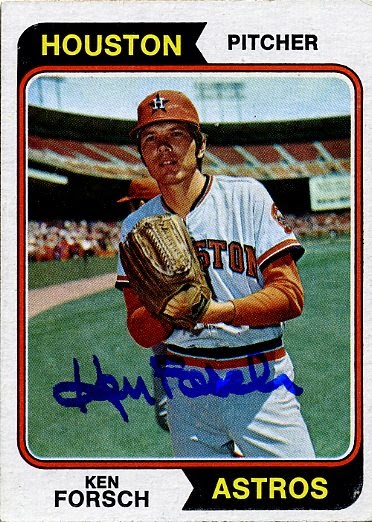 Yesterday’s stop at the mailbox brought in another Astros return, this one from pitcher Ken Forsch.

Forsch pitched in the big leagues from 1970 – 1986 , spending 1970 through 1980 with the Astros before being traded to the Angels. He tossed a no-hitter in 1979.
His brother Bob also pitched extensively in the majors, and spent a couple seasons with the Astros in 1988 and 1989. They never pitched together, but Bob threw two no-hitters for the Cardinals, making the Forsches the only pair of brothers to toss no-hitters. Bob died of in 2011 of an aneurysm. 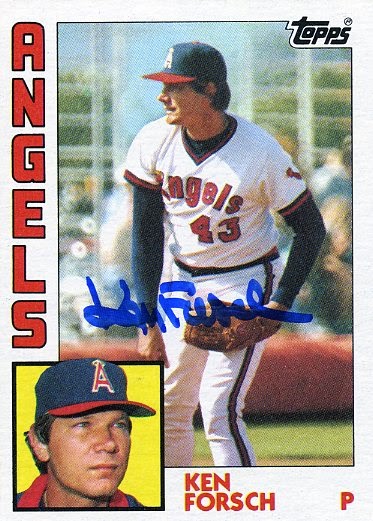 Ken was kind enough to sign a trio of Astros cards for me, and a 1984 Topps depicting him on the Angels. These took 12 days to return.