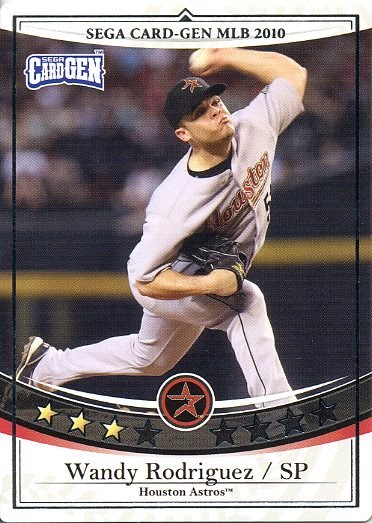 I moved recently, and in that process I was cleaning out some things when I came across an oversized 1999 Topps Sammy Sosa card. Moving will make you want to get rid of things, that’s for sure. So I thought about the Cubs bloggers I knew and whose address I had on file, and sent this puppy over to P-Town Tom of Waiting ‘Til Next Year. Tom was the first person to send me some cards, completely unsolicited, when I started this blog, so I thought it’d be a nice gesture.

Well, to my surprise I opened up my mailbox the other day to a padded envelope full of Astros – just Tom’s way of saying thank you. That included this super-awesome 2010 Sega Card-Gen Wandy Rodriguez – a set which I’ve only ever come across in other blogger’s posts. I’m pretty thrilled to add that one to the archives. 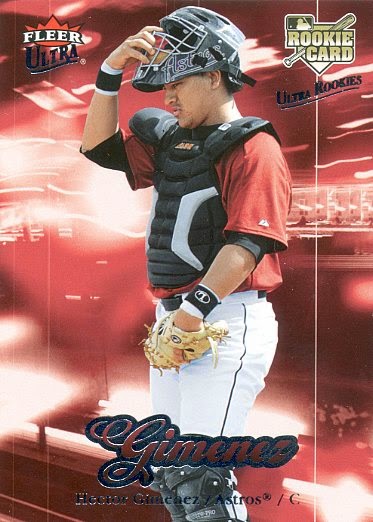 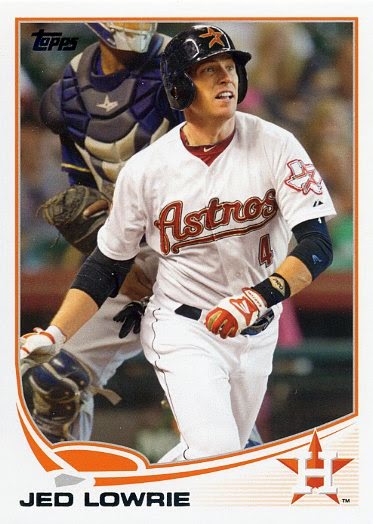 That’s a nice looking rookies subset from 2007 Fleer Ultra, although it looks like Hector Gimenez is about to take a nap. I think Jed Lowrie may have just appeared in a Godzilla movie. What’s really perplexing, though, is the positioning of the catcher in the background. I’d be interested in finding out what happened on that play. 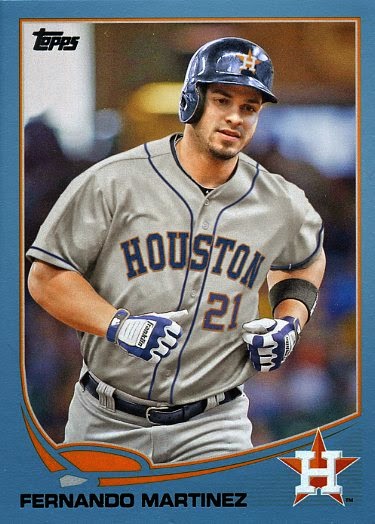 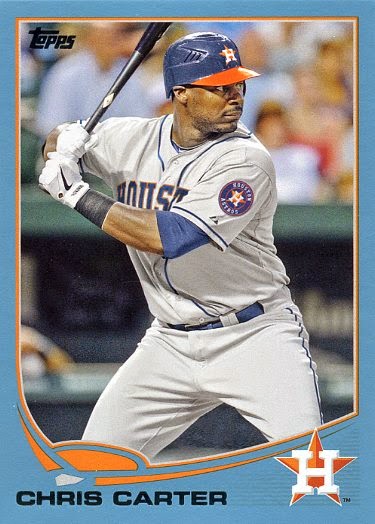 Tom filled in quite a few of my 2013 holes, including these great blue bordered goodies. So-long F-Mart. After faltering as a Mets prospect and not cutting it for the Astros last year, Martinez was traded to the Yankees, then hit with a 50-game suspension for being on the Biogenesis rolls. Whoops.

Hopefully Chris Carter can turn his season around here. It looks like Jon Singleton has certainly taken his job at first base (whoo!), but there are more bats in the minors clamoring to get called up, so it seems like he’s on notice.

Thanks again for the cards Tom!

0 Replies to “Goodies from Tom”