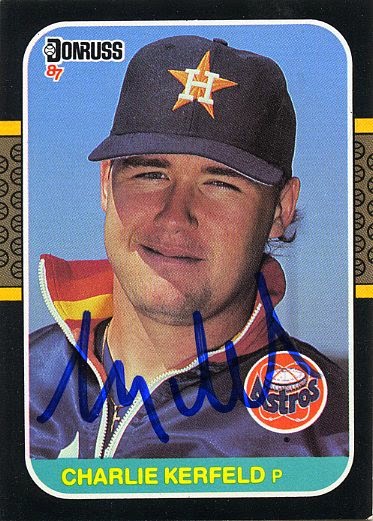 I opened up the mailbox to another great TTM-return yesterday. I was puzzled at first as the postmark was doubly stamped from Tacoma and Olympia, Washington. For the life of me, I couldn’t recall who I’d written to out that direction.

I eagerly ripped open my return to find out that it was none other than former Astro Charlie Kerfeld, a beloved and storied figure in team lore, particularly so when considering how he only spent a few years here. Seriously, if you’ve got a few minutes to read up on Mr. Kerfeld here, do so. He had a really great year in 1986, working as the Astros set-up man as a rookie, and helping lead them to the playoffs.

But Charlie isn’t remembered for his baseball accomplishments nearly so much as he is for his antics. He and his buddies in the bullpen wore Coneheads, well, cones. He’d wear a Jetsons shirt under his jersey when he pitched, and was known for pulling pranks and cutting up, having a grand old time. When the Astros clinched the NL West in 1986 with a Mike Scott no-hitter, Kerfeld gave one of the greatest postgame interviews in Houston history, and then poured an entire beer on top of Nolan Ryan (who didn’t take to kindly to that, mind you).

In 1987, after finding out that Jim Deshaies signed for a $110,000 contract, Charlie asked for $110,000.37 contract and 37 boxes of orange Jell-O. Thirty-seven was his uniform number, and the Jell-O clause is still cited as one of the best supplemental clauses in a baseball contract. That’s why I was particularly happy to see that the other item I sent Charlie came back signed as well. 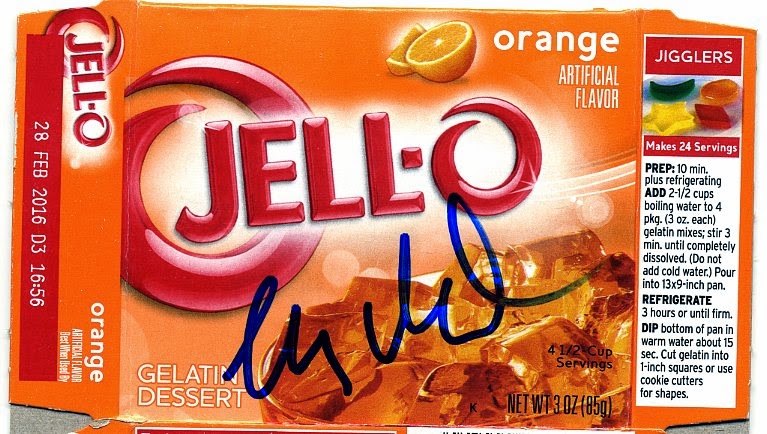 I mean, how great is that? What a great way to knock another name off my all-time Astros autograph list.