Attention card-bloggers! I’m cleaning some stuff out and dispensing with a lot of non-baseball items in my collection. What does this mean? In short, it means cards for you! Whether you’ve got something I want or not, I don’t really care. I’ve pulled the things I’d like to keep (Mario Lemieux, Jagr, and little stacks of football and basketball), but I just want some of this stuff gone.

So, if the following things are of interest to you, hit me up – and do it quick! Whatever’s not claimed by Friday is going into a garage sale. I’d love it if these turn out to be trades, or perhaps you could keep an eye out with me in mind, but like I’ve said about 8 billion times already – the stuff has to go.

Hockey: not a whole lot going on here, but you’re welcome to whatever’s there, by team or in bulk. It’s probably about 200 cards or so.

Basketball: again, around 89 through the early 00’s for these, about 1200-1300 cards. I’m saving some for potential ‘graphs, but inquire and I’ll let you know what’s there.

Movie Cards: A couple packs worth of each of these

Comic Book Cards: various Marvel and DC cards from the early to mid 90s.
Soccer: some 94 Gold Cup cards, some of the US indoor league from the early 90s.
WNBA: I dunno, a couple dozen.
Sports Illustrated For Kids: I had a subscription for several years, so I’ve got quite a few of these. The major sports have been pulled and put in their respective boxes.

Desert Storm: Something like 5 packs worth of these (may have saved a wrapper or two if you’re interested in those), including the Dick Cheney/ Colin Powell duo. 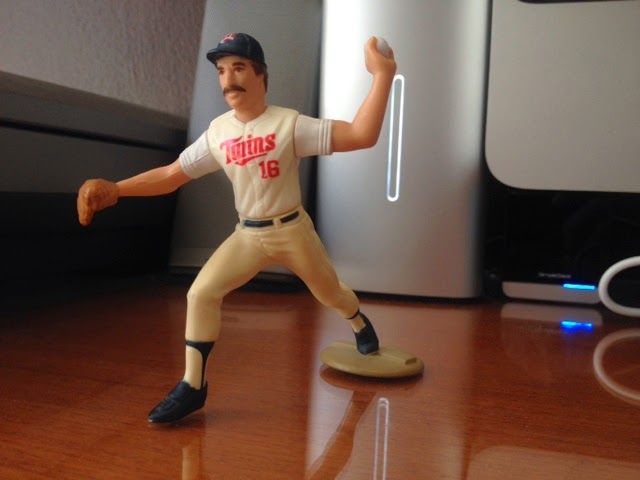 Every post needs a picture though, right? Is there a Twins fan (or perhaps just a Frank Viola fan) who wants an ’89 Viola Starting Lineup figure? This little guy is just dying for a new home.

Alright, get at me if you want something! And please feel free to re-post this – I’d love for these to go to someone who will appreciate them.

0 Replies to “TRADE BAIT: Does Anyone Collect…”