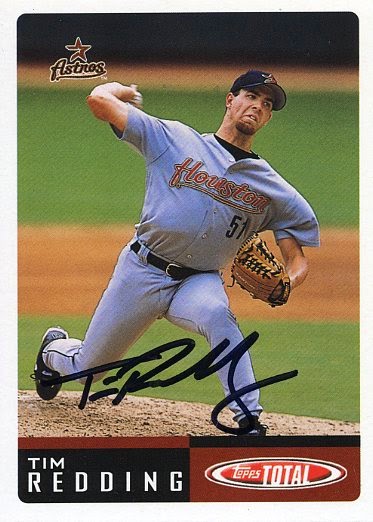 We arrived home from Nashville on Tuesday, and I’ve been so busy with work and unpacking and whatnot that I haven’t even had any time to make a quick post.
We had a blast, did many activities – several baseball related – and I’ll post more about that after I get some film back on Monday. Among the the several things awaiting me when I returned home was a full mailbox, much to my delight.
I tallied up five more returns and one failure during my trip. The lone rejection came from Pirates skipper Clint Hurdle, whose cardsd were stuffed back in my envelope with a pre-printed postcard. The back of the postcard had information regarding the fact that Hurdle signs for donations through Pirates Charities, so I may give that another go eventually. 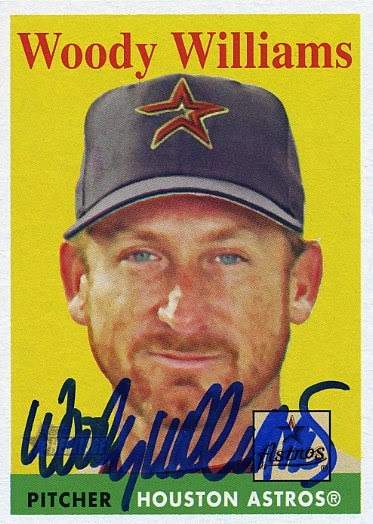 I was able to check off two more Astros from my list – both players whose autographs I’d already acquired as a kid, but now I have them on Astros cards. The first of this pitching duo is Tim Redding, who had a very nice start to his career in an Astro uniform, but hit some bumps after a few seasons and never quite reclaimed his initial promise. I have great memories of the days when our rotation looked like an arsenal of young arms, with Oswalt, Wade Miller, and Redding leading the charge. I wrote to Tim via the Auburn Doubledays, where he’s a pitching coach, and got my card back in about two weeks.
My next Astros return came from Woody Williams, who signed with the team in what was supposed to be a triumphant homecoming that was to wrap up his career. Well, that turned out to be a pretty dismal failure, as his lone season here in 2007 was subpar by any measure. After a struggling start to Spring Training in 2008, the Astros cut him and Woody never pitched in the majors again.
I’d sent along an extra 1999 Topps card of Woody and offered it to him to keep, but he signed it anyway and sent it back. If there’s another blogger out there who’d be interested in it, I’d be willing to trade it (preferably for an autograph I need, but I’m not too picky). Woody’s cards came back in about two weeks. 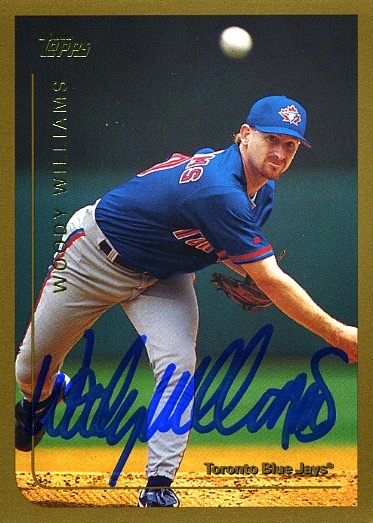 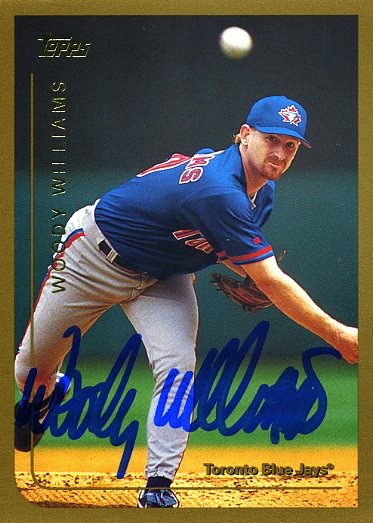 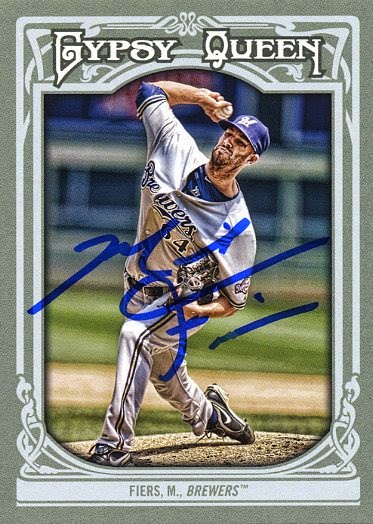 I had pulled this Mike Fiers card from one of the two packs of 2013 Gypsy Queen that I bought last year, and it pretty much immediately landed in the “current players to whom I might write” stack on my desk. I haven’t sent a lot out from that stack, but most of them have come back, so that’s been nice.

Fiers stood out to me after his great stretch of pitching appearances last year, and the GQ cards just looked like they were meant for signing. He’s been bounced up and down between AAA Nashville (hey, wait a second!) this year, so I dashed a letter off one day when he was optioned down and crossed my fingers. This one turned out pretty stellar, with Mike signing it in a brilliant blue Sharpie, and it took about a month to get back to me. 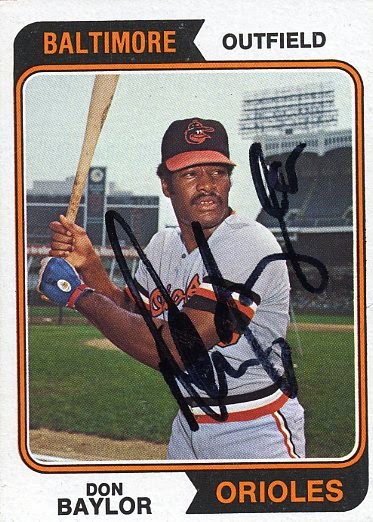 I mentioned at the top that some older players found their way into the mailbag this time as well. First off was Don Baylor, current hitting coach of the Los Angeles Angels. I’d written to Don once as a kid and gotten a success on a 1991 Line Drive card, but when I hit my vintage windfall at that garage sale early this year and started leafing through all the 1974s, I knew I was going to send this one off to Mr. Baylor.

This signature came back much more substantial than the thin-marker signed card I got as a youngster, and that 1974 design with the flags is just fantastic. I’d really like to track down some more substantial reading regarding Don’s career – the articles I perused while I was researching my letter were quite interesting.

I wrote Don via the Angels and this card came back in about two weeks. 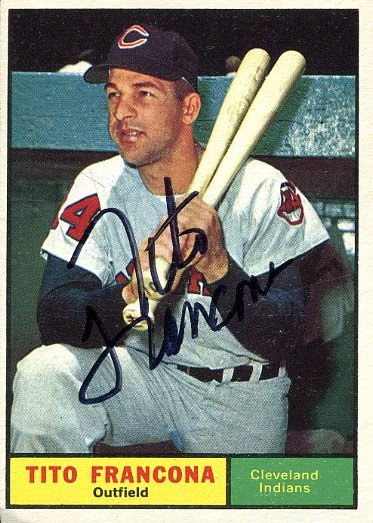 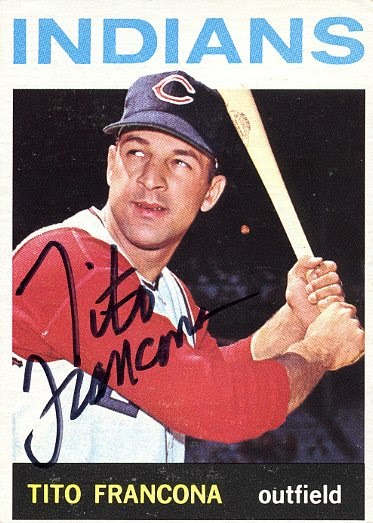 Last up is none other than Mr. Tito Francona. I’d found the 1964 on the right here in those garage sale cards, and dug up the 1961 on the left on eBay in one of my seller-specific shopping sprees. Just look at those two beautiful cards! I’ve always loved baseball families – there’s something romantic in nature about fathers and sons playing the same game – and the moment I saw that ’64 I knew I wanted to write Tito and Terry.
The elder Francona did not disappoint, as I dropped his cards in the mail the day before I left and they were already waiting for me just six days later. He even answered some of my questions – although only a few of them, and with one-word answers at that – but it’s nice to know that the person you wrote to actually read your letter. Now I’m just waiting on Terry’s cards to return.
Ok, that’s it for now. Hopefully I’ll have many more posts scheduled over the next couple weeks – I’ve already started making drafts. If anybody wants that Woody Williams, let me know.
– Bru