I dipped into the card shop again looking to pick up a piece for a trade I’m trying to get together with Judson over at My Cardboard Habit. Unfortunately they didn’t have anything that fit the bill, so I decided to do a quick look through some of the Astros cards.

So, I whipped out my phone and pulled up my want list in Google Docs. With the recent packages I’d received, the Nashville additions, and what I’d picked up at the card show in mind, I had realized that I had several team sets that were near completion.

My mind immediately went to the 70’s, as I knew I had two team sets that were just four cards away from being done. This Joaquin Andujar and three of his buddies managed to cross off 1977 Topps from my needs (although I could use an upgrade of the Joe Sambito, he’s got a pretty roughed up top edge). 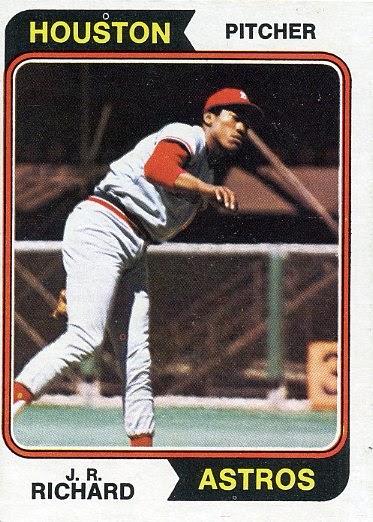 My other 70’s set that I knocked off was 1974 Topps. This involved two big names in club history, Cesar Cedeño and J. R. Richard, as well as two others. 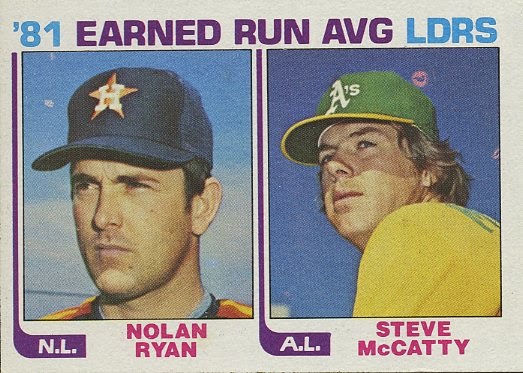 I managed to check off 1982 Topps rather easily, grabbing this ERA leaders card featuring Nolan Ryan. It was the final one in my list. 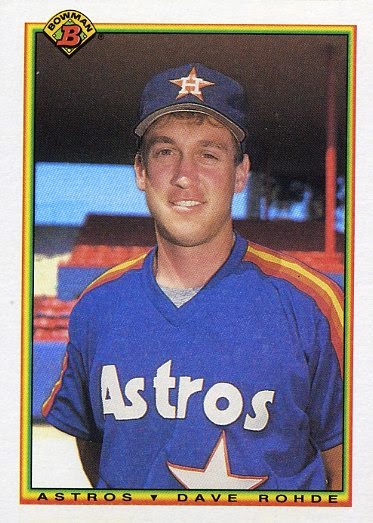 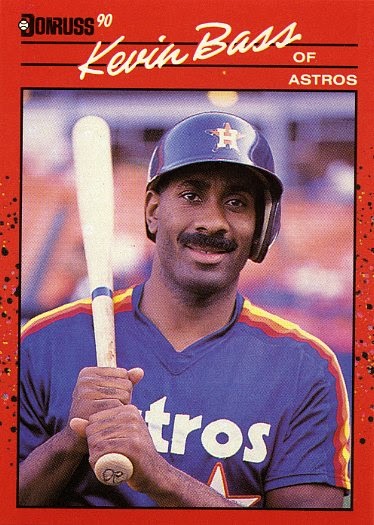 Thanks to the fat trade package of not-so-random stuff from Paul, I was able to eliminate 1990 Bowman with one card, this Dave Rohde rookie. Four cards of 1990 Donruss finished that set up as well, including this dandy looking Kevin Bass. 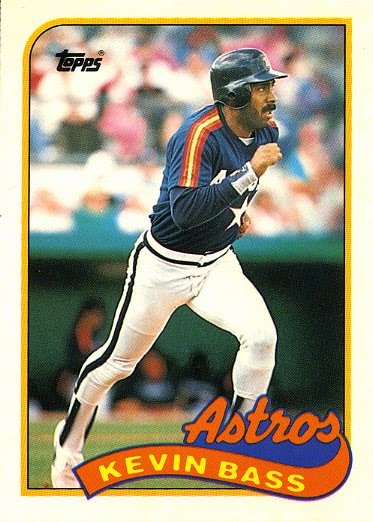 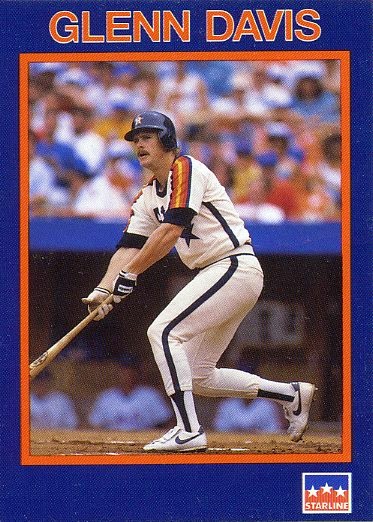 I thought this other Kevin Bass would finish off my 1989 set, but when I went back to check my pulls I realized that it was different from the other 89s – while it was nestled in with the regulars, this one was clearly a Tiffany. So, if anybody has a spare of the base copy, I’ll take it off your hands. The Glenn Davis comes from the 1990 Star Line Long John Silver’s set. Each player in the short set is featured on two cards. Davis is the only Astro in the set, and I already had his fielding card, so the batting card finishes off my needs. 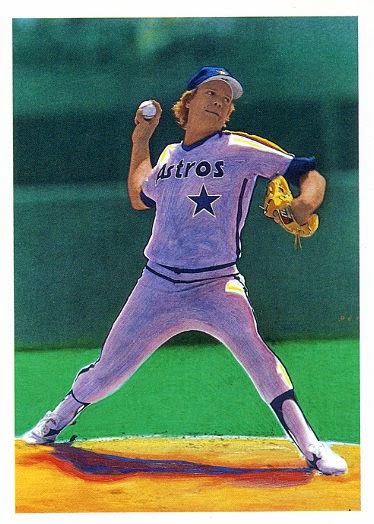 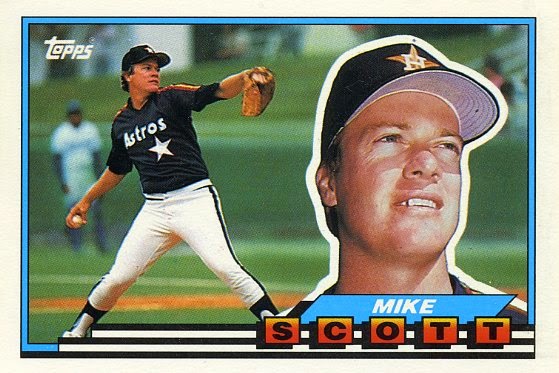 I pulled a few spare cards as well, including these two of Mike Scott. Above is a Topps Big, an oddball set that I always loved. I got my hands on some of these as a kid somehow, so they’ve always been on my radar. They also seem like great options for autographing.
The one on the left is a quite nice 1989 Score “Scoremasters” insert. I’d never seen these before, but they seem to be an attempt by Score to answer Donruss’ Diamond Kings. 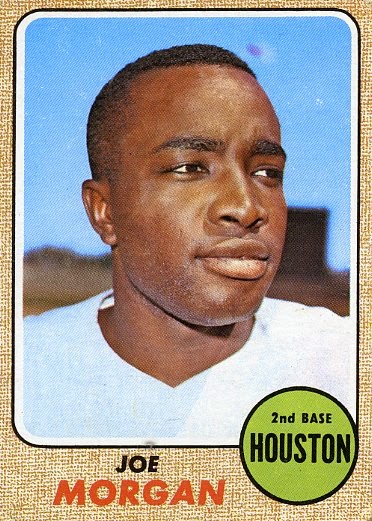 Finally, I checked the case and splurged a little bit on a card. The gem of my visit was this very nice Joe Morgan from 1968. I cropped it slightly, and while the edges are in nice shape, the only blemishes on this card are some loveable soft corners, they purple dot above his head (which might just be a printing defect common to the card), and a very small grease dot above the E in Joe.

I paid a little more than I normally would to fulfill one of these sorts of needs, but I also managed to talk the guy into taking a couple bucks off of it. Morgan’s a Hall of Famer, so while I was over my typical five dollar budget, dropping eight on it seems ok.

There are some more updates to make, although they may be delayed in arriving. On Friday I’m taking a GRE, which I need so that I can apply for business school here in town. I’m hoping to gain admission this fall in order to begin the program in January.

After my little buying spree of late as well, I think I’m going to be suspending my purchases for a while as well. I do definitely want to keep up the trading though, it’s been pretty phenomenal. Here’s hoping I can update sooner rather than later.