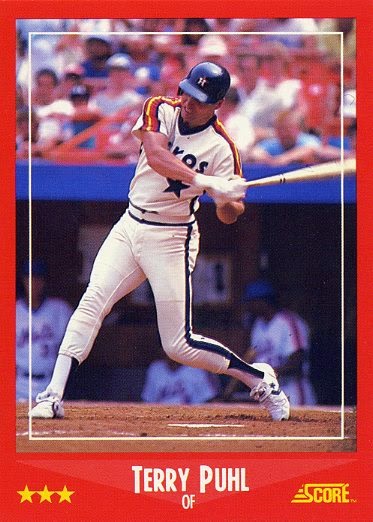 I’ve been fairly active on the trading front lately. As I’ve been trying to catch up on the last month of blogging by all you fine folks it has led to me noticing some want lists to which I can contribute. In return, that means I’ve received quite a few . That’s what is so great about this community, and why I decided to take the plunge and join by starting up my own blog in the first place.

I’m not certain how I wound up looking at Paul’s Random Baseball Stuff in the first place, but I followed a link on someone’s post and discovered a handful of cards I could send his way. In return, Paul sent a really nice little box of Astros my way. He did a wonderful job of knocking out some of my needs from 1988 through 1990, nearly finishing off some of my team sets.

I really love the 1988 Score set. The action photos are nice and sharp throughout most of the set. The border looks great, even as it shifts in color from series to series. This Terry Puhl is a fine example though. The only thing it lacks is a team name on the front of the card.

I actually played basketball with Terry’s son Stephen one year – YMCA league, and neither of us were very good. It was pretty cool to have a teammate with a former big leaguer for a dad. I recall bringing a stack of Terry’s cards one day and he graciously signed all six or seven that I’d found. Maybe I’ll post those sometime. 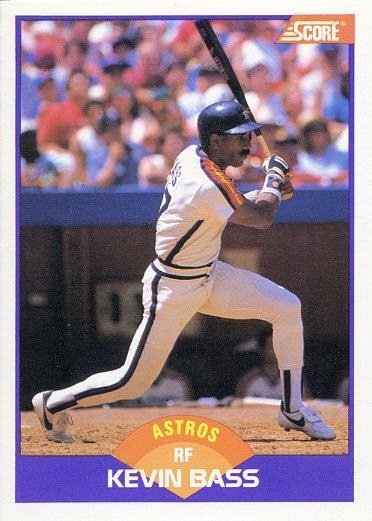 Paul managed to knock off the rest of my needs for my 1989 Score team set. Their sophomore release is another fine example, and I really dig the border/diamond/team/position/name area. The only issue I have with this year is that some of the photos are a little dark.

The only other issue I have is that this action shot of Alex Trevino is too great! I’m going to need another one, because I’d really like to try to get him to sign this one. 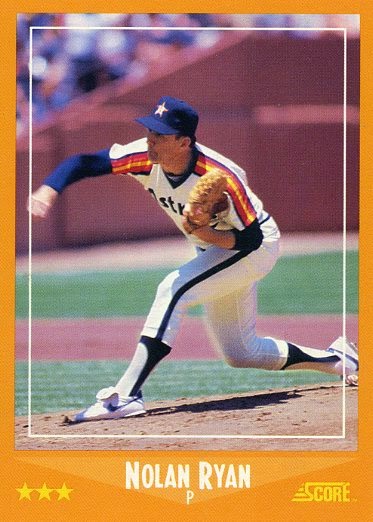 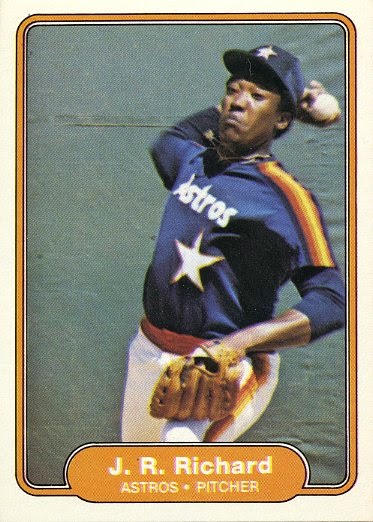 Two of Houston’s best pitchers fell into the pack as well. Everyone is familiar with Nolan, of course, but I feel like baseball fans are largely in the dark when it comes to J. R. Richard. The man had a fiery fastball, and was taken out of the game too early after suffering from a series of strokes in 1980. He tried to return to the game after a year and half away, but his arm just wasn’t what it once was, and his body continued to provide other problems.
Richard’s post-baseball story is a pretty crazy one as well. After being unceremoniously released by Houston in 1984, he lost hundreds of thousands of dollars in bad business deals, went through two divorces, and was homeless in 1994, living under an overpass in downtown. He had fallen from an un-hittable strikeout machine to living on the streets. Fortunately, Richard has been able to get back on his feet, having become a minister and working to establish baseball programs in Houston.

Paul also sent a trio of the ’88 UK Minis that I like. They’re all Twins – does that make them Twinkies? The Viola on the right with the off-white border is apparently a Tiffany copy – I wasn’t even aware this set had a Tiffany parallel. That’s a little more than I need to chase down, so if there’s a Twins fan who’d like it, just leave a comment. 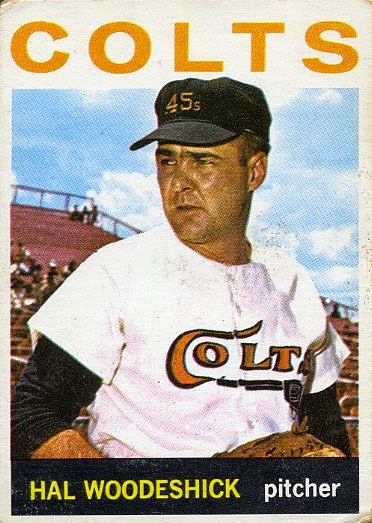 Finally, Paul snuck in a gem at the end of this package. Nestled gently in the bottom of the box was this wonderful 1964 Hal Woodeschick, a card that caught me completely by surprise. I’ve made good progress on the 1964 team set since beginning this project, and only need 11 more to finish it, with maybe an additional upgrade or two.

Paul, thank you so much for all the great cards! If you’ve got some spare recent Mets cards, drop him a line and see if he needs them.