by MarcPosted onOctober 8, 2014July 11, 2019
In the midst of all my busyness (it seems like all I reference anymore), I’ve gotten quite a lot accomplished. I decided to celebrate a bit by dropping through a local antiques store and flipping through some vintage cardboard. I wound up with four cards at less then a buck a pop, most if not all of which will be going in the mail for autographs. 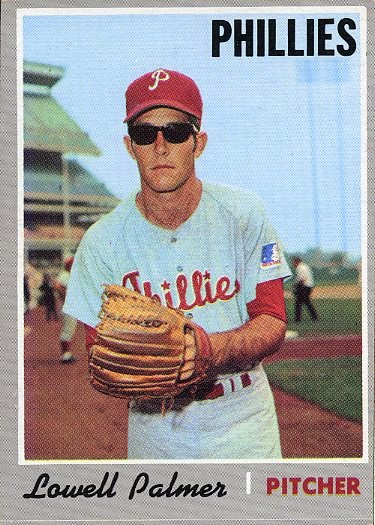 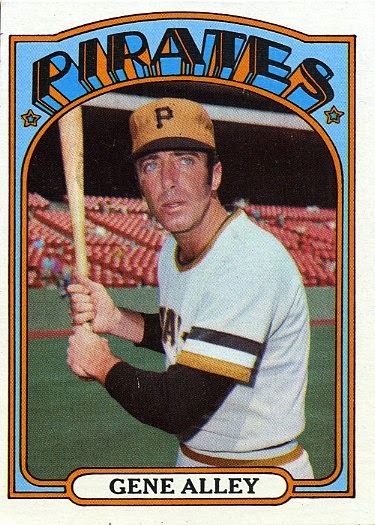 This 1970 Lowell Palmer was the card that sealed the deal for me. It is just too fantastic, with the big Joe Cool shades and that deadpan look. As soon as I saw it I knew I’d be walking out with cards in hand. Palmer is still alive, so I may just have to get this one signed just for the heck of it.
Gene Alley spent his entire career playing shortstop for the Buccos, garnering a pair of All-Star selections, two Gold Gloves, and winning a championship in 1971. Along with my beloved Bill Mazeroski, Alley was the other half of Pittsburgh’s lethal double-play combo. In 1966 they set the single-season record for double-plays by a duo with 161, a record that still stands. Mazeroski and Alley are one of eight pairs of second base-shortstop combos to win Gold Glove awards in the same season twice. Oh, and he once hit an inside-the-park grand slam. I’ve been thinking about writing him for a while, and this will make a nice complement to his 1964 rookie that I obtained early in the year. 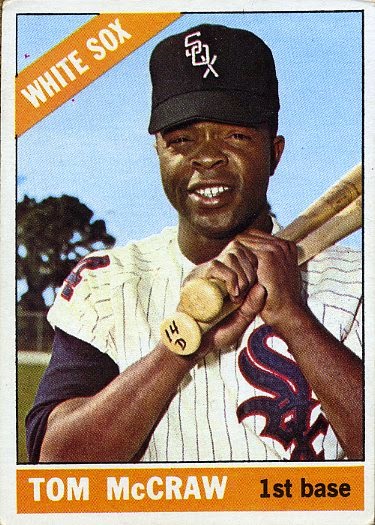 These two players both have Houston ties. Raymond was a pitcher for the Colt .45s, and eventually the Expos. I’ve mentioned him on the blog before. I was planning to write him this week, so when I found this great ’69 card I just had to pick it up.

McCraw’s time in Houston was spent as a Astros coach in the late 90’s. For the longest time, I’ve had a ’98 Mother’s Cookies card with signatures from three of the six coaches on it. I’d like to finish that off, and with the two cards of McCraw that I’ve obtained now, it looks like he’ll be next on the list.

I’m finally getting to the post office today to drop off some packages, and I’m still working on more for several of you.