I’ve been dropping more envelopes into the mail recently, so I figured that I ought to update my TTM progress. I’ve only had a couple returns lately, but I managed to knock out another pair from Houston’s all-time roster. 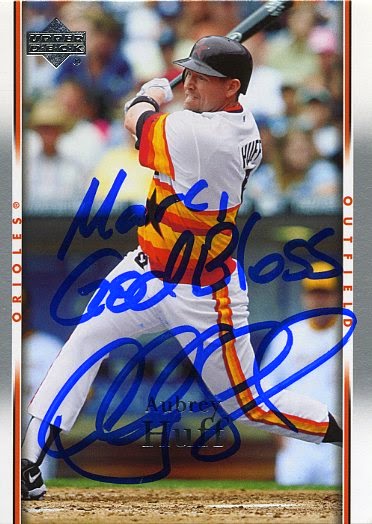 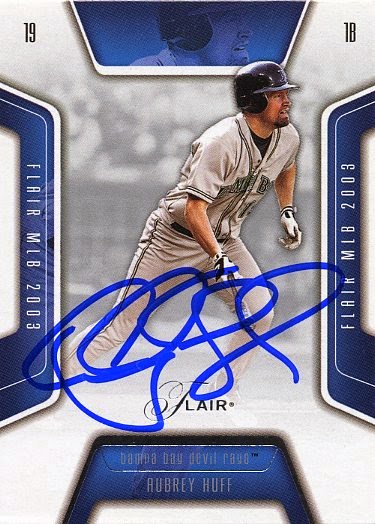 First up is Aubrey Huff, who spent half a season here in Houston before moving onto the Orioles. In fact, that’s a 2007 Upper Deck depicting him in a glorious tequila sunrise throwback jersey, and the only flaw is that it designates his new team. Huff has a handful of Astros cards, but when I was trying to figure out which one to send his way, I simply couldn’t pass up that throwback. He also signed this 2003 Flair for me, and returned my ’08 Topps and ’99 Just unsigned. I was really hoping he’d sign the ’99 Just card, as I’m working on that set. That’s what I get for sending so many, I suppose. Huff was my longest return of the year so far, clocking in at 121 days. 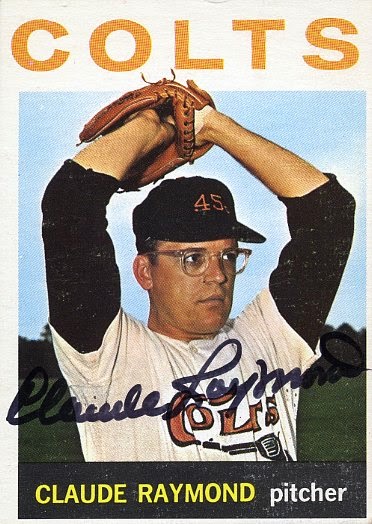 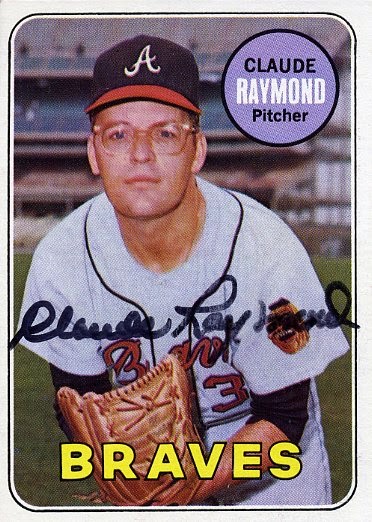 I mentioned in a recent post about a trade with a Canadian TCDB member that he was kind enough to find me return postage for a cross-border TTM request. Well, I’m happy to report that Frenchy Raymond here signed not only the three cards I sent up north, but also two index cards as well! I was really happy to get this return. 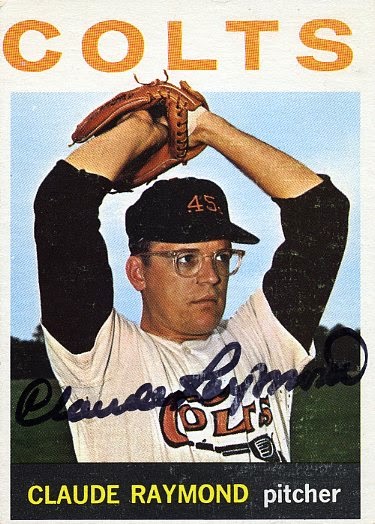 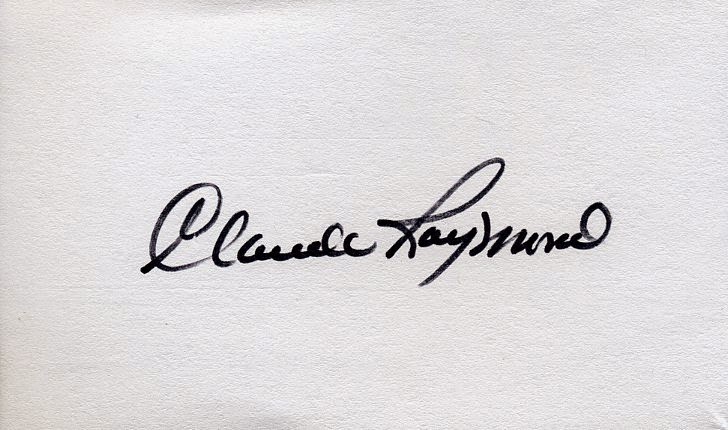 After leaving Houston, Mssr. Claude moved onto the Braves and eventually was selected by the Expos in the expansion draft. As a French-speaking native Canadian, he also wound up responsible for co-creating a lot of the French baseball lexicon.

Here’s the second ’64 Topps that I had signed. I’ll spare you the bonus index card – I’ve been using these for added protection in the mailers and counting them as little bonuses whenever a player is kind enough to throw in an extra signature. This return came back in a quick 17 days – not bad considering it had to make it all the way to Quebec and back.

Lastly, I had one RTS in this group – former Astros and Braves outfielder Norm Miller. I got my envelope back with a dreaded “unable to forward – no address” notice listed. Hopefully when the new address lists come out at the beginning of the year Harvey will have dug up another for Mr. Miller.