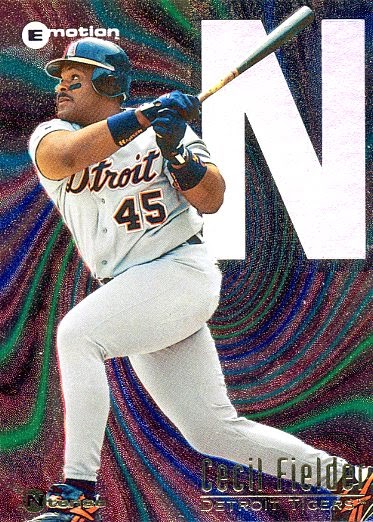 Let’s get a move on with this last dozen packs! I’m determined to finish this box before 2015.

A lot of familiar names in the packs at this point, but I had one very nice surprise in this pack. The big pull of the box finally came, with my single NTense insert. These seeded at odds of 1:37 packs or something like that – basically if you pulled two in a box you’re a magical wizard. I’m digging this one – great shot of the big daddy taking a huge cut. It’s got a nice psychedelic swirl going on, and I’m betting that all of these look pretty nice together. 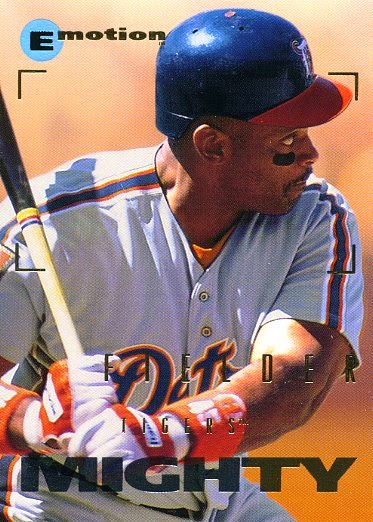 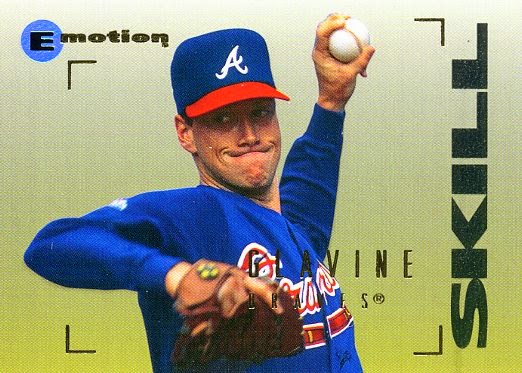 Tom Glavine gets a nice grip card here, even if his right arm looks a bit strange in this shot. After pulling the NTense insert in the prior pack, I figured I’d show off Cecil’s base card here. He’s poised and ready to strike – mighty looking indeed. 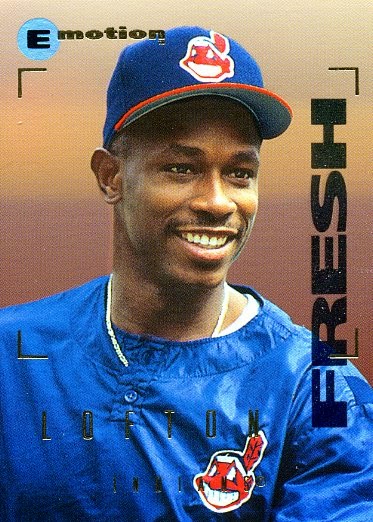 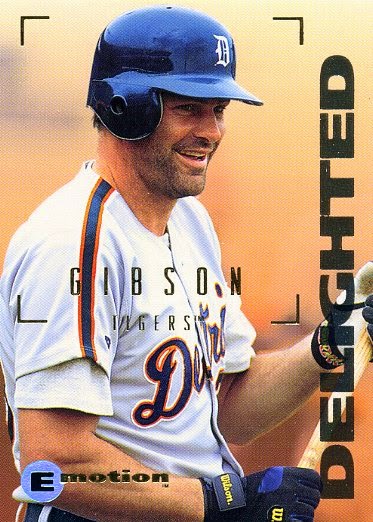 No one’s prospect projections can be perfect, but the Astros truly missed out on Kenny Lofton. I spent many young summer days dreaming of what could have happened if they had managed to keep the early 90’s kids together, and how that would have developed. Lofton, Biggio, Bagwell, Caminiti, Finley, Luis Gonzalez – oh, and draft Derek Jeter instead of Phil Nevin. There’s your golden lineup, with a catcher tossed in for good measure.

Meanwhile, here’s to a decidedly different looking Kirk Gibson. Have you ever heard him described as delighted? I think not. Gritty, scrappy, tough, etc. Not delighted. 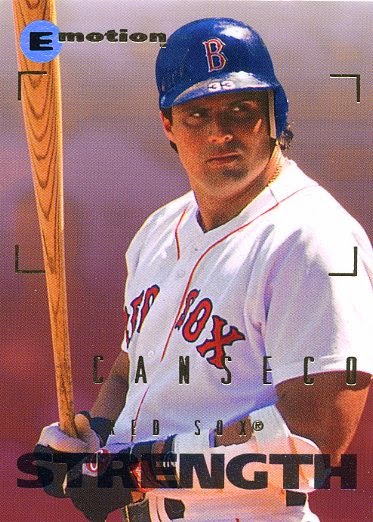 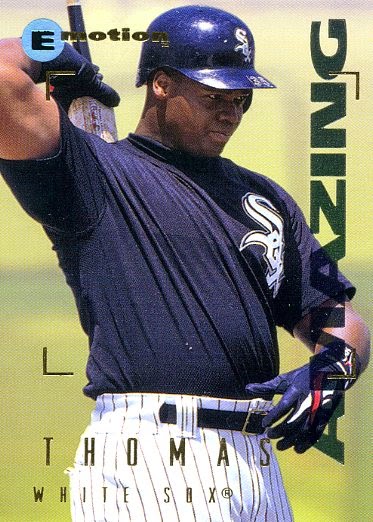 Canseco’s pissed because Frank’s in the Hall and he’s not. Or something like that. You know I had to post these two heavy hitters together. 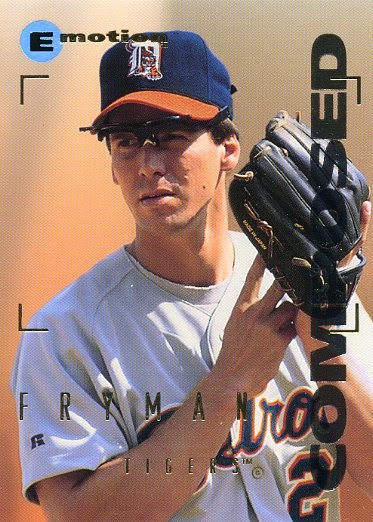 Oh man, I am clearly running out of steam for these posts. That doesn’t mean I love this set any less, though. I’ll do my best to stay composed like Travis Fryman here. He’s a player that I loved to watch as a kid – one of those guys that you just felt you needed to cheer for I suppose. I had no affiliation to Detroit whatsoever, but I wanted Fryman to thrive. 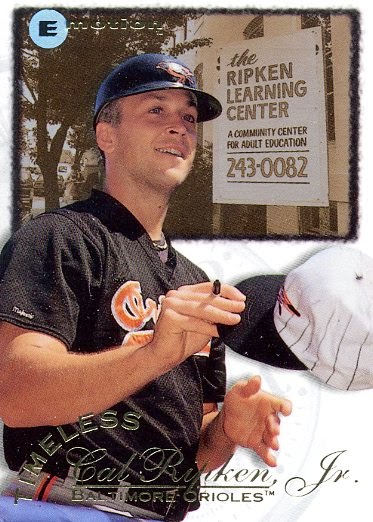 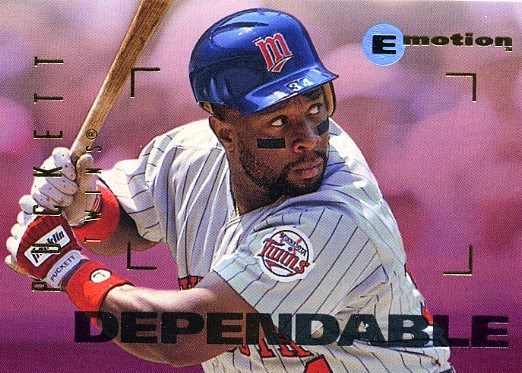 
We’ll close out tonight’s post with this gorgeous piece of cardboard featuring Kirby Puckett. That’s some serious composition, tight crop and all. I also picked up another one of the Timeless inserts, this one featuring Cal in either pre- or post-autograph mode. I used to have one of those hats at one point.

Ok, one more E-Motion post and the box is complete! Then I get to fill you in on the few remaining cards I need and hope that you’ll send them my way.