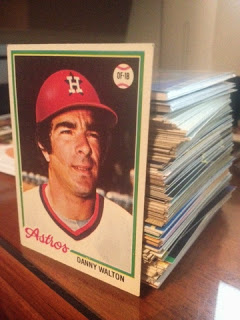 Time to play some more catch-up!

Way back when – to be honest I’m not even certain how long ago I received this package but it must have been some time in October – Tony of the fantastic Off Hiatus blog sent me a great big stack o’ ‘Stros.

How big? Well, not quite as tall as ol’ Danny Walton here, but he’ll give you some perspective.

Danny checked off another ’78 from my list. Not only that, but this card informed me that he existed and played for Houston. He had two stints with the team, coming up with the club in 1968 before bouncing around and returning in 1977. He actually spent the 1978 season in Japan with Yokohama, and played his final games in 1980 with the Rangers. He finished out with a .229/.306/.376 line and 28 home runs in 297 games across a 9 year career. 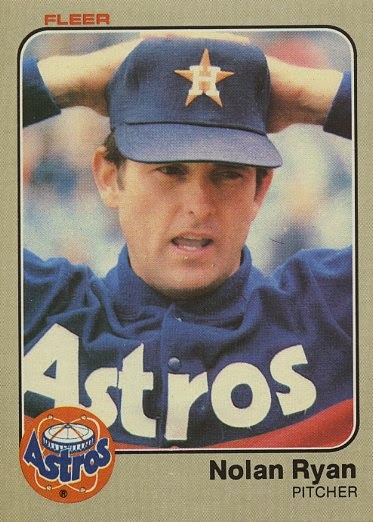 Tony hit tons of my needs, including some stacks of early Fleer sets and plenty of oddballs. These Nolan Ryan cards were a welcome sight. 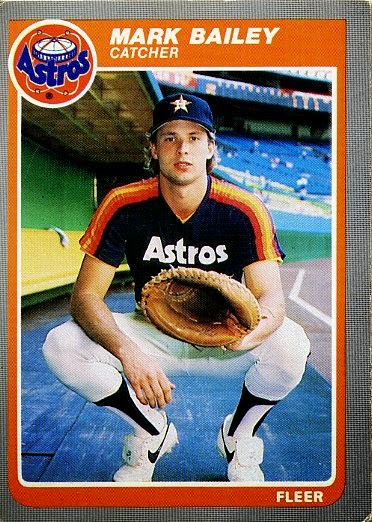 I don’t think I can say enough about this Mark Bailey card. I suppose this is down at someone’s bullpen, but it’s kind of funny that they would put him in the actual ‘pen area for the shot and not, say, behind the plate. I really dig the ’86 Donruss Highlights cards – the orange border matches the team colors quite nicely. 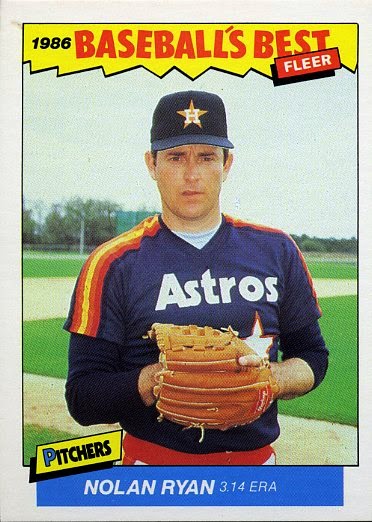 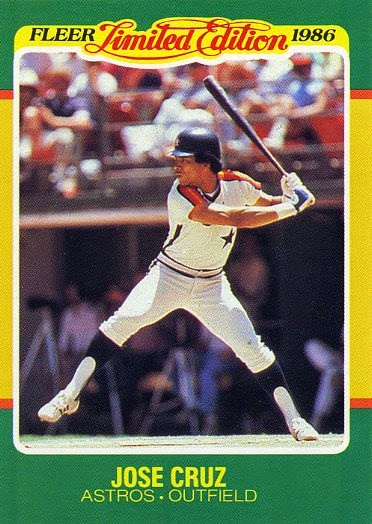 More oddballs! Tony really put a serious dent in my want list on that front. The Nolan Ryan is from a pitchers vs. sluggers set, and Jose Cruz is from some Limited Edition set. I think Fleer had about 18 different oddball sets going in the late ’80s. 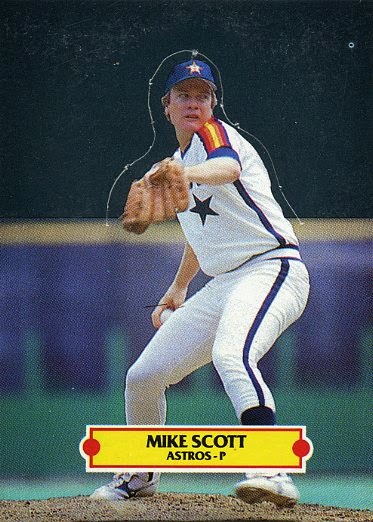 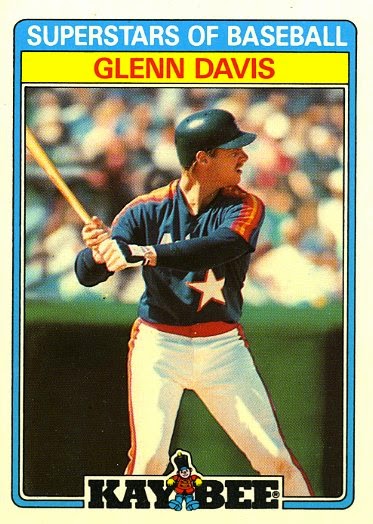 How can you not love these Donruss All-Star pop-ups? What I wouldn’t give for another one – I’d fold him out and put him on the shelf. Well, I’d need to find a shelf for the office first, but you get the picture. 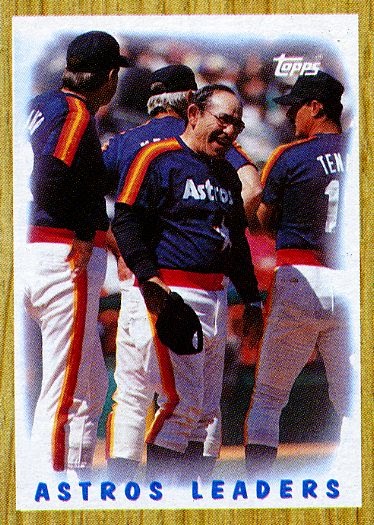 This 1987 Astros Leaders card featuring then-coach Yogi Berra is seriously one of my favorite Astros cards ever. How can you not love a laughing Yogi? Someday I’ll get him to sign one of these, which likely means having to fork over far too much money to Dale.
The ’88 M&M’s set is among my favorite food issue sets as well. I remember being a kid and getting a Wade Boggs card from this set. I’ve noticed these popping up in cheap repacks lately. 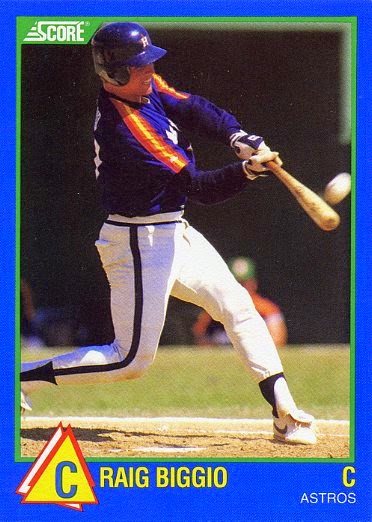 I’ve had this ’89 Score Rookies set for some time, but my Biggio card went AWOL at some point. This one was certainly a welcome surprise. Tony also helped me slay my ’89 Topps team set for good. Please, don’t send me any more – I have it in triplicate now. Unless you happen across a Tiffany card, then absolutely send it my way. 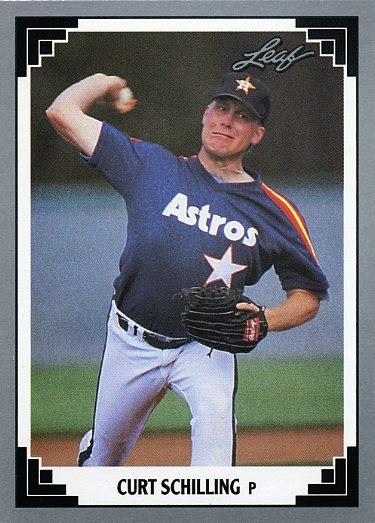 Look! It’s more oddball goodness from the 80’s. I told you this package was full of it.

Tony also sent along some evidence of Curt Schilling’s brief stay in Houston, portrayed with some very nice pitcher face. I wish they’d held onto him for a bit. The early 90’s ‘Stros had a lot of potential. 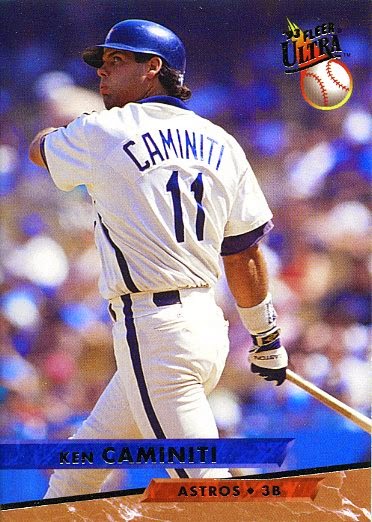 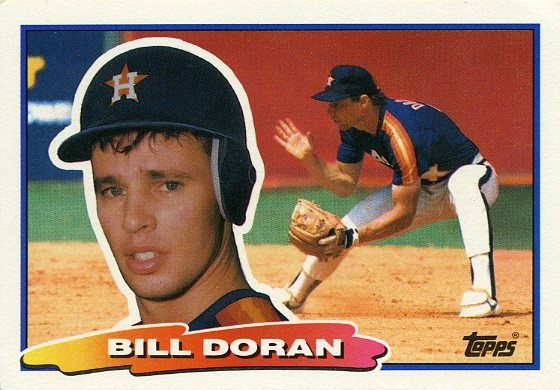 Before they moved Craig out to second base, we had Bill Doran. He looks approximately twelve years old here. King Caminiti, on the other hand, is clearly watching one leave the yard. 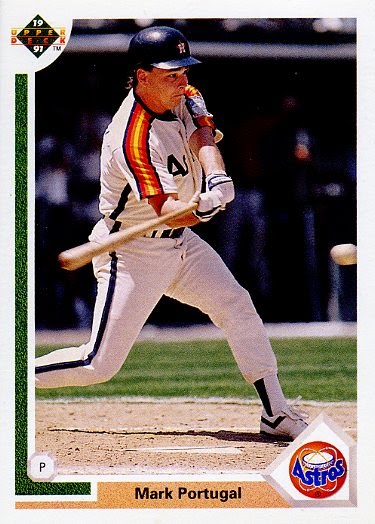 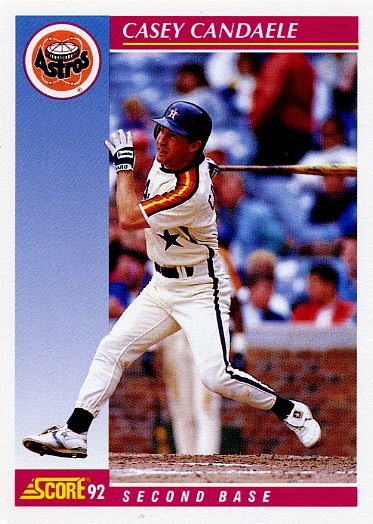 Tony fed my irrational love for Casey Candaele as well. You know I had to show off this great card of Mark Portugal taking a cut, because who doesn’t love pitchers batting? It looks like he’s a little high though, so he probably missed or chopped a grounder into the dirt.

Ok, can you say mini/sticker-palooza? 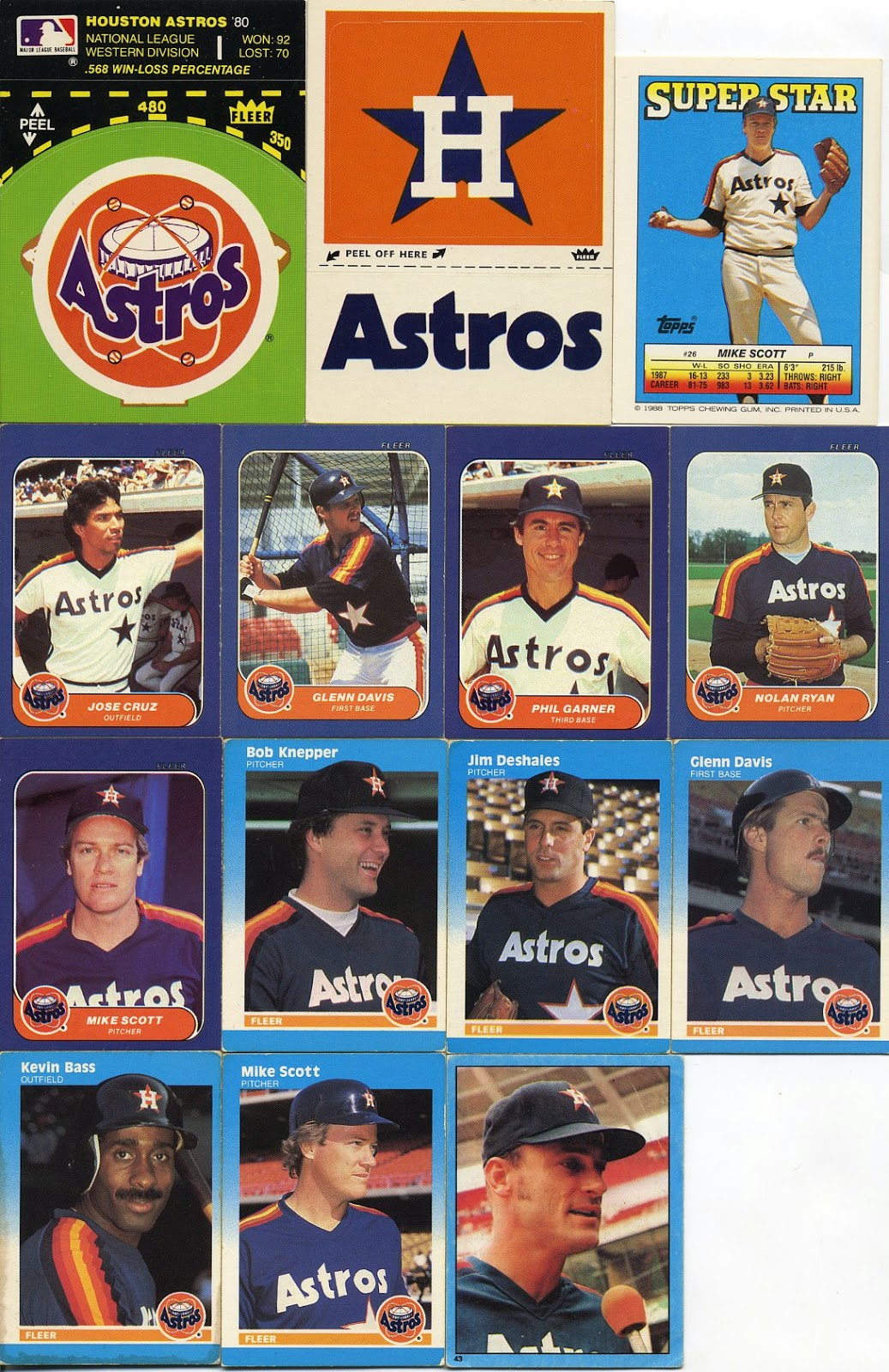 I told you so. How’s about some hits? Let’s start with the shiny stuff. 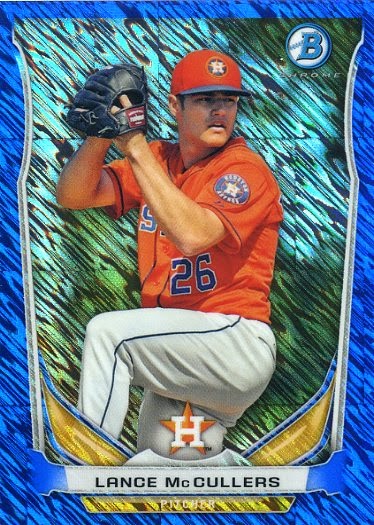 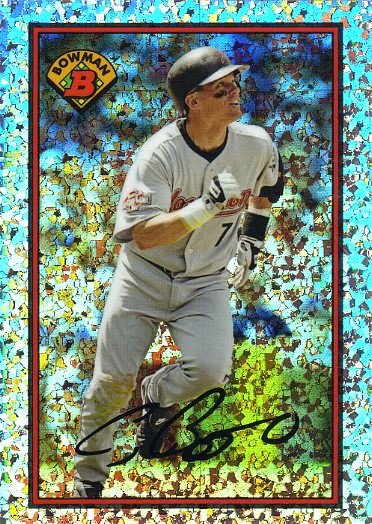 Yeah, buddy. Look at them beauties!

Tony sent some cloth and stitching as well… 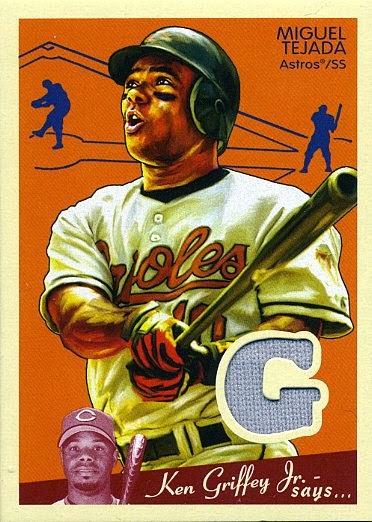 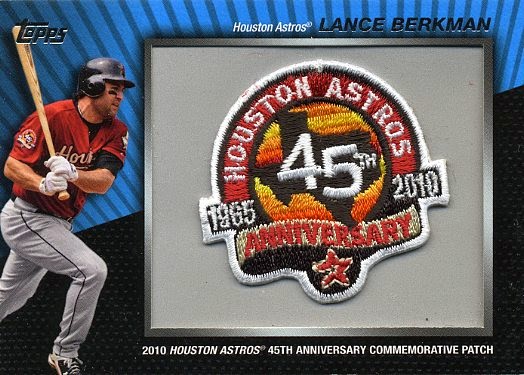 The patch cards are always a little strange to me, but I’ll take it! This one is pretty sweet looking, with the tequila sunrise striping tucked around Texas. Miggy may not be depicted in a Houston uniform, but Upper Deck knew that he was going to be on the Astros, so this one counts for the collection as well.

My hands-down favorite card in the entire stack, though?

It’s gotta be this one. 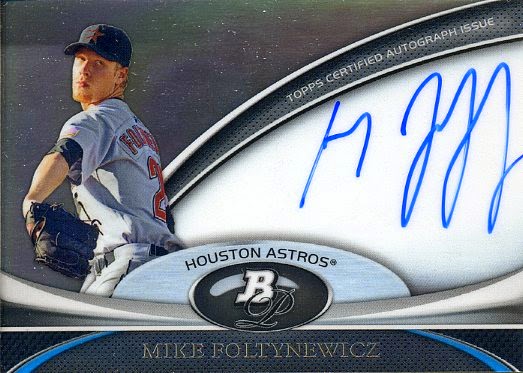 Alas, Folty, we hardly knew ye. I was pretty darn bummed out to hear of him being packaged away in the Evan Gattis trade. I got to see him pitch both in AAA and the majors last year, and the kid has some tremendous potential. There’s nothing quite like seeing the radar gun light up at 102 mph.
Tony, I can’t possibly thank you enough for all the goodies in this stack, especially that Foltynewicz autograph! Here’s hoping that I can dig up some more cards for you and pay you back in kind.
– Bru

0 Replies to “Off Hiatus, But Right On Target”