Due to my scholastic aspirations and a generally busy work schedule as of late, I don’t get to do as much blogging as I’d like. Nowhere has that been more evident than the stack of trades that I have received about which I still have yet to post.

Well, it’s time to clear another one off the books, so I’m here to show off another stack of goodies in this post. These cards come from Jim of garvey cey russell lopes, in case you hadn’t caught the hint in the post title. He sent me a sizable block of Astros, for which I am ever so grateful. Now I just have to find something to send back his way.

To start off, we have this great Topps Lineage card of Joe Morgan, primed and ready in his youth, complete with flip-up shades and an oversized rookie cup. This one’s certainly been touched-up, if not technicolored, but I dig it. In fact, the only thing I don’t like about these Lineage cards is the borderless right edge. It would look so much better with the complete color border.  Oh, and the backs are just the same awful, blasé Topps blandness that you’ve seen in so many inserts over the past several years. But who cares about backs? 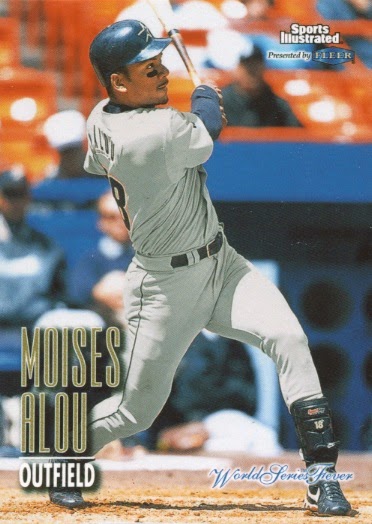 Jim hit a litany of my needs from a wide range of product. I’ve never been big on the whole First Edition/Opening Day parallels, but I’ll take ’em! I have, however, been big on Michael Bourn for quite a while.
One short-lived line that I really loved was the flurry of Sports Illustrated sets that Fleer produced in ’98 and ’99. The photography in these sets was fantastic, and they were printed on nice, high gloss stock. The cards that were lifted from magazine covers were neat as well. 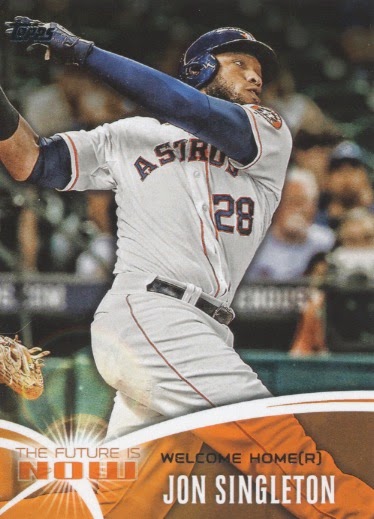 I was pretty pumped to find some Jon Homerton – er, Singleton cards in the pack as well. Here’s hoping that he starts off on a tear in 2015. His power capabilities are immense; he’s just got to connect.

Jim also sent a nice little stack of ’88 Topps UK Minis for me – I’m halfway done with the set now, just 44 left. I figured I’d show off some Hall of Famers and a guy that ought to be in there as well. 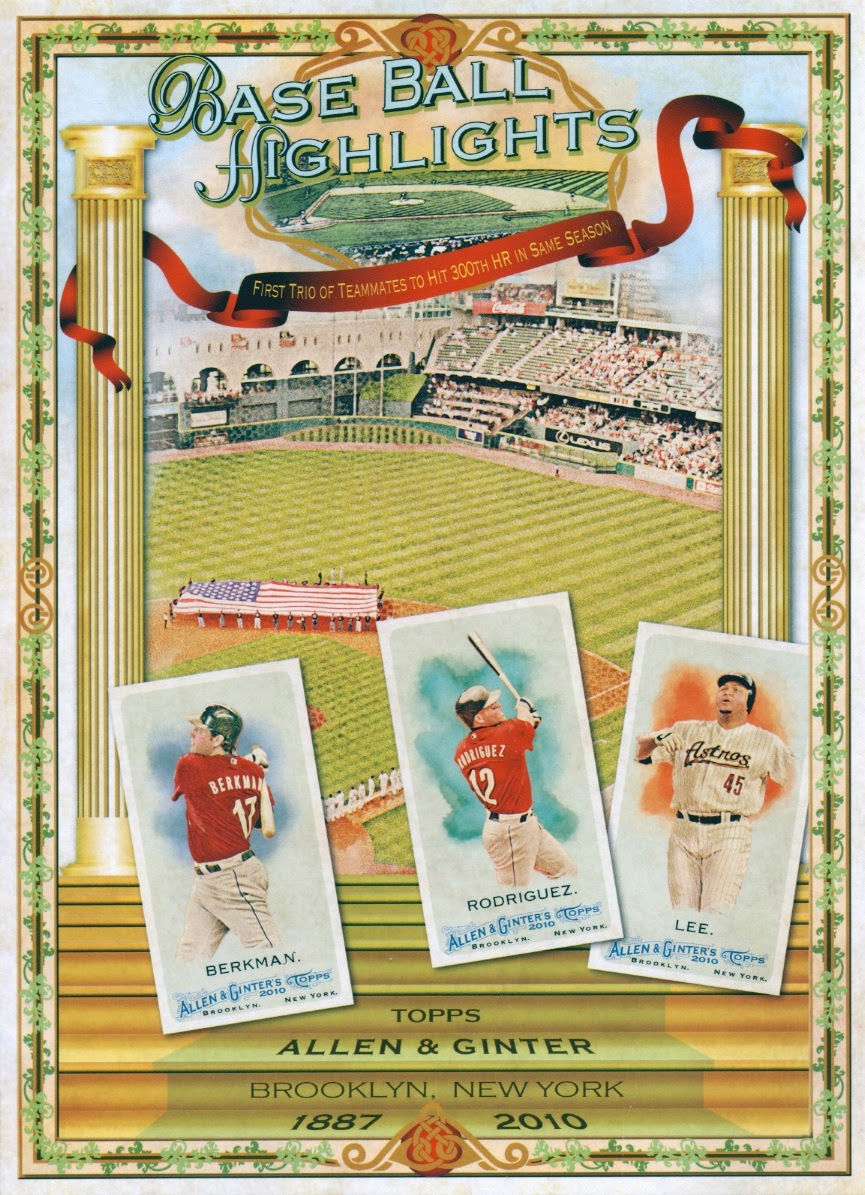 This guy, however, was no mini at all. What you see here is a cabinet box loader from 2010 Allen & Ginter, celebrating the fact that three Astros reached the 300 milestone in the same season. Of course, Berkman was the only one to spend all of his time with Houston. 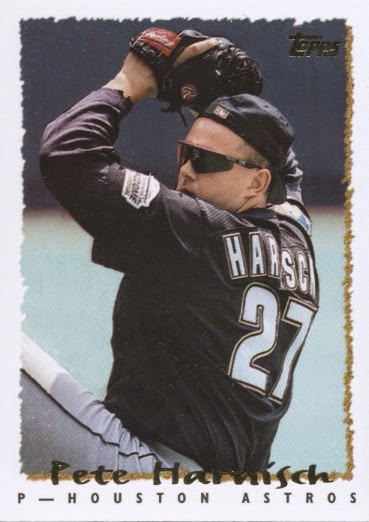 I loved Harnisch and Wagner when I was growing up. I love these cards – look at that rally cap, shades, crazy leg kick going on in Harnisch’s ’95 Topps! Who knows what Billy is doing during warmups? 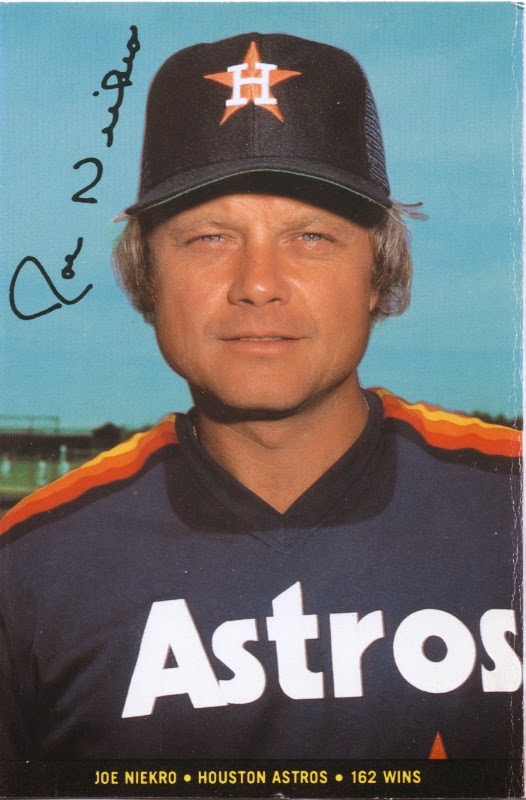 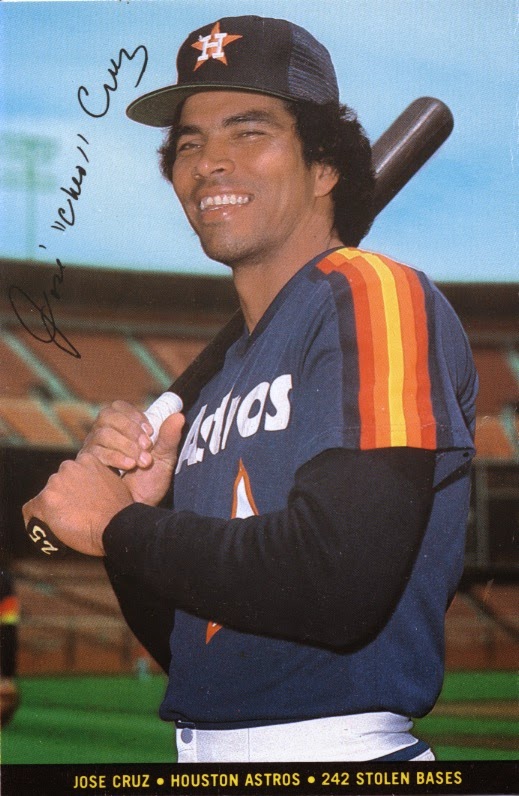 Alright, we’ll close out with these two pieces of oversized Astro goodness as well. These threw me for a loop for a while, until some Googling led me to a page in Bob Lemke’s Standard Catalog of Baseball cards, and I found out that they are 1983 Topps Career Leader foldouts. A little more Google work would have probably led me to Jim’s original post about them, hah!. Featured on the backs of these panels are Steve Carlton and Cesar Cedeño, respectively.

Thanks so much for the cards, Jim! I’ll find something to send your way soon.