This post will finally put to rest all of the amazing trading packages that came in during the end of 2014. Unfortunately, it’s the end of March already. That’s what several awesome, dense trade packages coupled with moving, a new job, and starting MBA school will do.
This super-sweet box full of cards slid in – just like Steve Finley slipping into second on this 1992 Donruss Triple Play – from Johnny of Johnny’s Trading Spot back in December.
I love this card – Finley was one of my favorites from the Astros of the early 90’s. That’s a lot of dirt he’s kicking up, and to top it off, that’s former Astro shortstop Dickie Thon manning the 6-spot for the Phillies.
When I said box, I meant box. Johnny packed a small flat-rate box absolutely full of cards for me. I’ll save you the long trek through Astros junk wax that would probably bore the crap out of you non-Houston fans and just hit some of my highlights. Johnny, this was a great box! 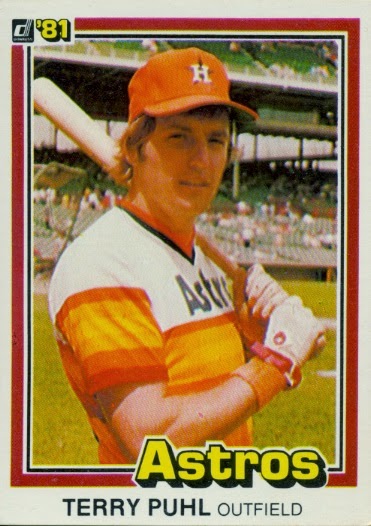 We’ll start off with some great rainbow uniforms from the 1981 inaugural sets of Donruss and Fleer. I used to play basketball with Terry’s son back in my YMCA days. I love both of these sets so much – they have so many errors, the photos aren’t great, they’re often off-center, and they have so many lovable quirks. I think it’s in my destiny to put these together some day.* 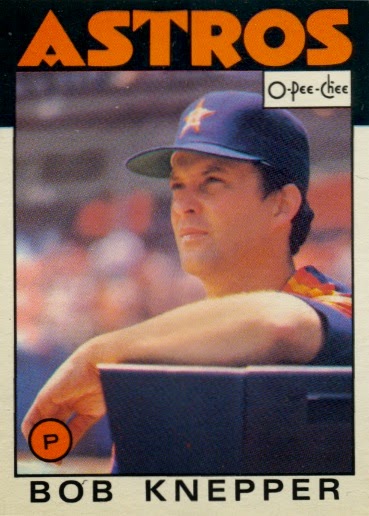 Johnny hit some great junk wax needs, including tons of mid-80s Fleer, like this ’83 Dickie Thon. This is probably my favorite Thon card, so poised and full of hope, pre-fastball to the face. Johnny found me some ’86 OPC ‘Stros as well, like ol’ Bob Knepper here. 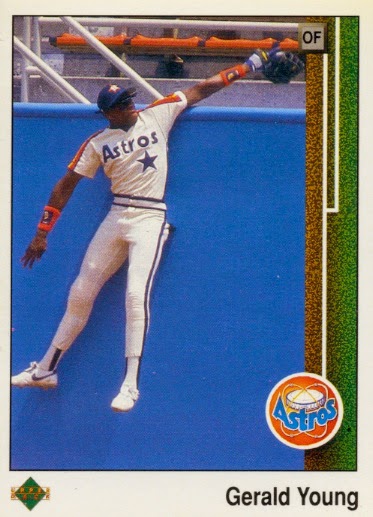 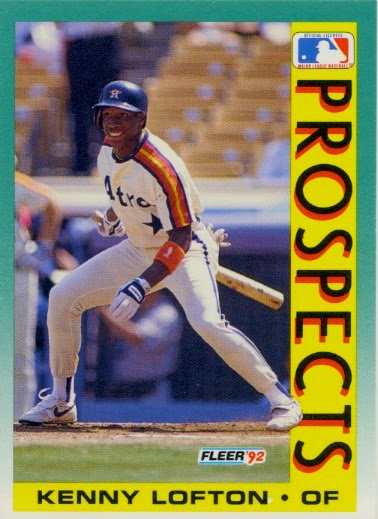 How’s about some great young outfielders that I got to see here in Houston? That Gerald Young from ’89 Upper Deck is absolutely stupendous. The Kenny Lofton trade was one of the biggest screw-ups in club history, but arguably not as big a loss as the Red Sox took when they gave us Bagwell for half of a season of a reliever. At least we got a few seasons of Greg Swindell out of the deal. 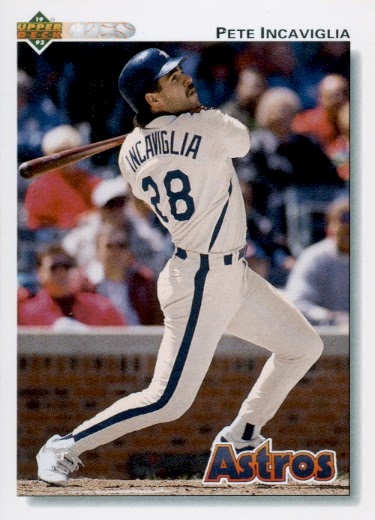 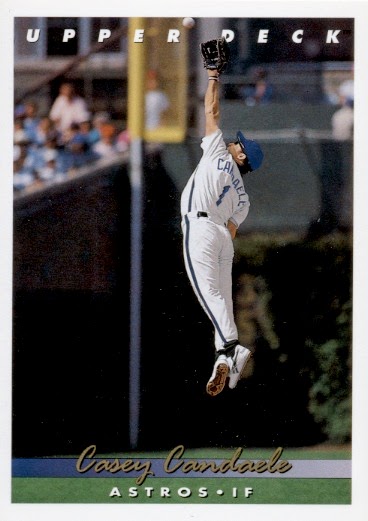 Two of my absolutely non-logical favorites from the early 90’s. I think it largely had to do with their last names, but I remember Inky having some seemingly monster power numbers in his stays here. I got Casey’s autograph when I was a little tyke, and even though he was probably the replacement level utility infielder, I always cheered for him. This ’93 Upper Deck is by far my favorite card of his, and displays the fantastic photography that is prevalent throughout the set.
Whoa, I take that back. Candaele put up a 3.2 WAR for the ‘Stros in 512 games across 5 seasons. 1992 was a bad season (-0.7 WAR), but 90, 91, and 93 produced a cumulative 4 WAR. 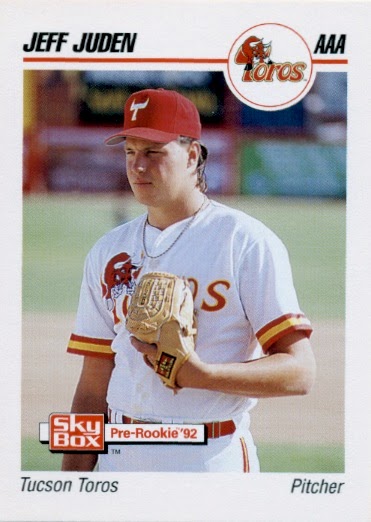 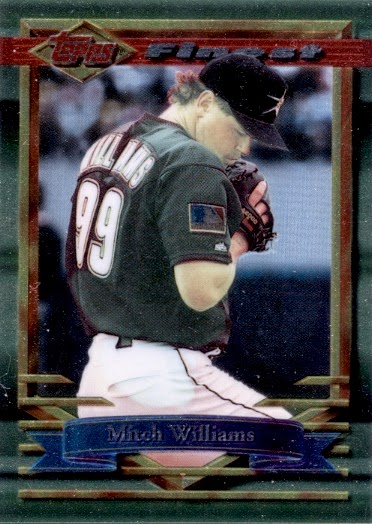 These two were very nice additions as well – a minor league card of highly regarded prospect Jeff Juden and a fantastic Finest of Mitch “Wild Thing” Williams. I don’t have many of the early Finest cards at all, so this one was very welcome – oh, and it looks much better than that scan. 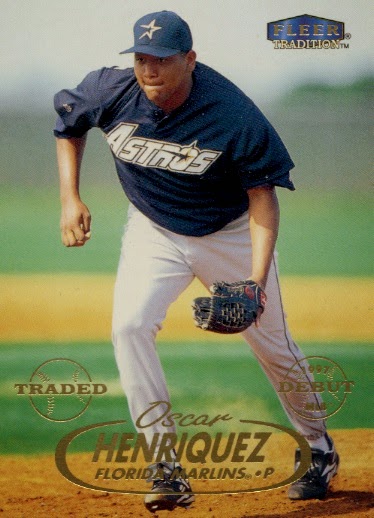 Here’s a pair that I probably never would have picked up since they are listed with their new teams. These pitchers are depicted in their Houston uniforms though, so they are more than welcome in the binders. Johnny managed to finish off my Astros needs for both the fantastic ’98 Tradition as well as ’00 Victory. 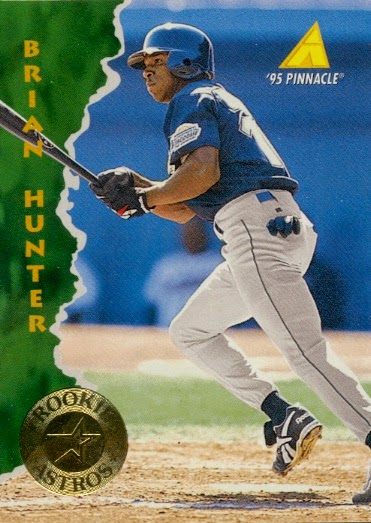 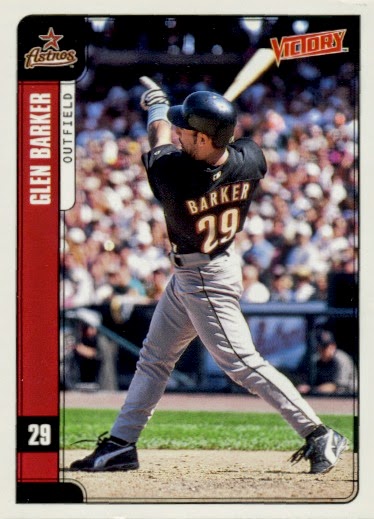 Not too much of note here other than two nice rookie cards of some Astros outfielders. Look at that swing on the Barker card! For a cheap set, that Victory set is really nice. 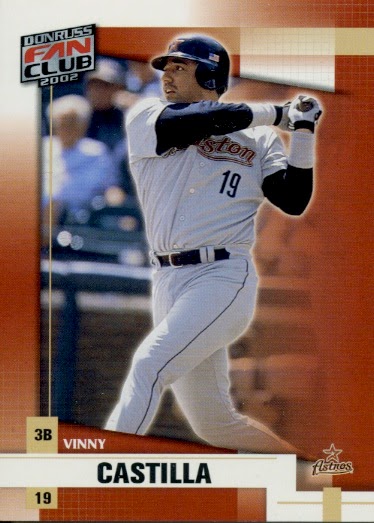 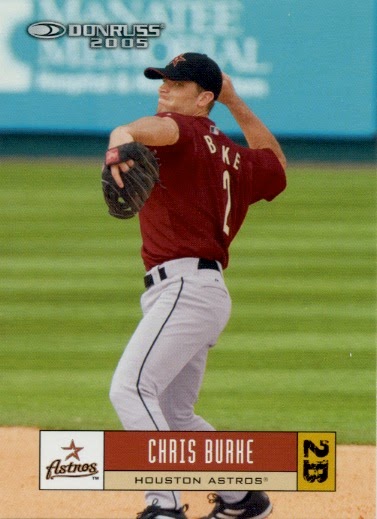 We’ve reached the mid-oughts Astros infields. I had totally forgotten about Vinny’s brief stay here in Houston. This ’05 Donruss Chris Burke is a really nice card. Burke is of course remembered here for his home run that closed out the epic 18-inning, 5 hour and 50 minute game four of the 2005 NLDS over the Braves. Johnny probably wishes he could forget that one. 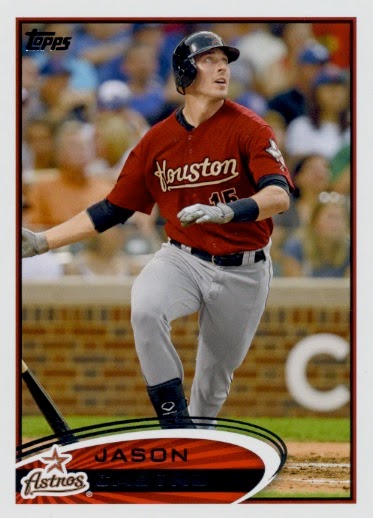 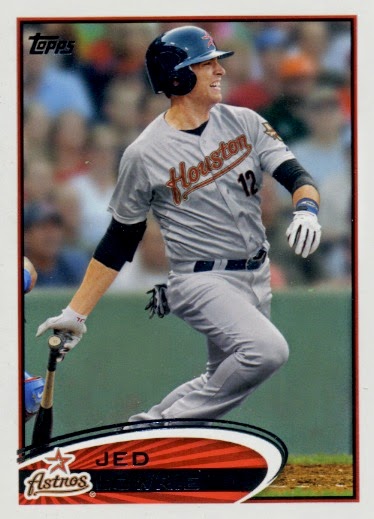 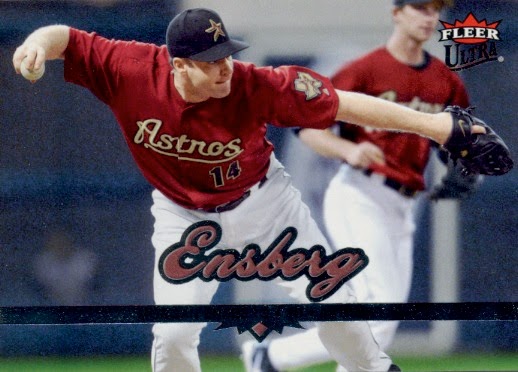 I think these are ’07 Ultras – can’t quite remember if that was the year of this design. Anyhow, nice use of the horizontal format to catch another of my favorite guys to man third base for Houston. 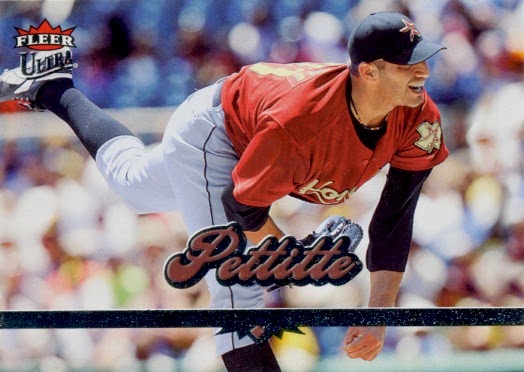 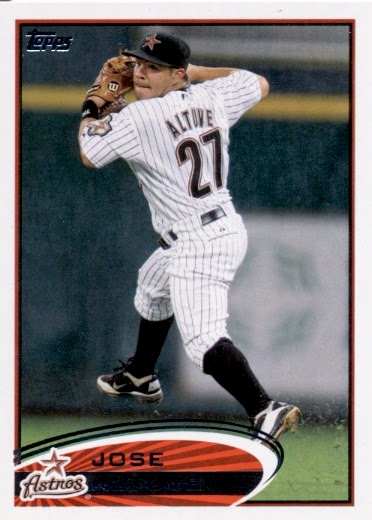 And again for Andy Pettite.

We’ll finish this one of with a nice Altuve card that I needed, from 2012 Topps.

Thanks so much for all the great cards, Johnny, and sorry it took me so long to get to this post!

*Please don’t flood me with ’81 cards yet, everyone. I’ve got too much to take care of at the moment.