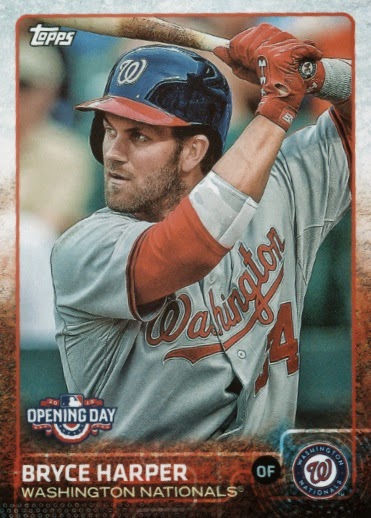 After our brief jaunt to New Orleans (sorry I couldn’t hook up with you Junior Junkie), I had to make a stop at the big red box. While there I noticed that Topps favorite parallel that they can get away with charging money for because they package new inserts with it, err, Opening Day, was out.

So, I grabbed three packs of the cheapo stuff. I usually like at least some of the inserts, so I wanted to see how they fared this year. My first pack was two inserts, two Tigers, and two Nationals. One was Bryce Harper, so it was nice to add to a player collection.

Here are the rest of my inserts. 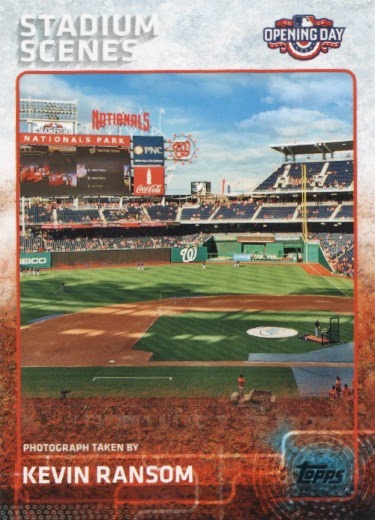 Pack one held an Andrew McCutchen Opening Day Stars, which I usually like. These don’t grab me like last year’s version though. McCutchen got upgraded to PC status recently – he’s been incredible to watch and generally seems like one of the classier players in the game. Especially if you’ve read this article he wrote for Players Tribune. The Stadium Scenes shot is nice enough, I suppose. That takes the Nats up to three cards in the pack, making it a Nats/Tigers hot pack I guess. I can’t really get around the fact that while it is cool that I could potentially send an image in to Topps that would get on a baseball card, Topps is getting free material and not paying me a dime for it. As someone who has worked as a professional photographer, this is bullshit. Sorry for being so blunt, but it is. 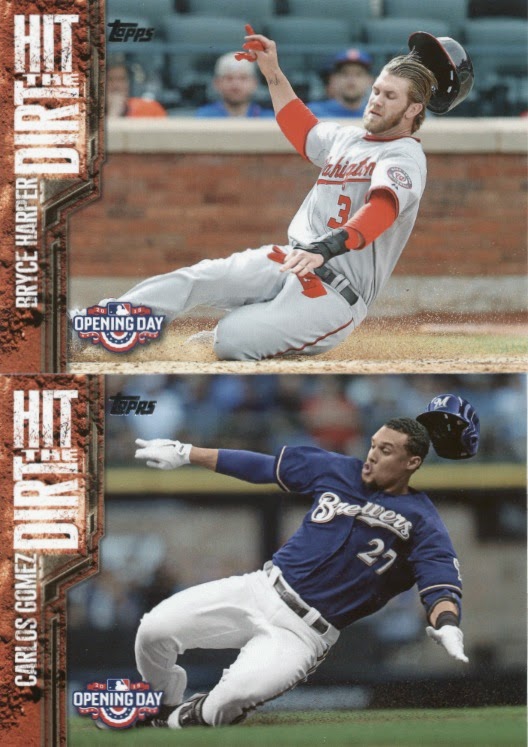 Packs two and three each had a Hit The Dirt insert, which I think was done last year as well, and is essentially another take on Sliding Stars. All that is to say that Topps, as we know, is not one for innovation here. Check out the parallels in these two – helmets in midair on both. Ah well, another Harper for the binder ain’t that bad.
Again, not much to this set, as usual. It does go to show that this year’s base cards look pretty great without foil, though. I might pick up a couple more packs when I grab my couple packs of Donruss, whenever it hits shelves here, but other than that I think I’m done buying until A&G rolls around.
Until later,
– Bru