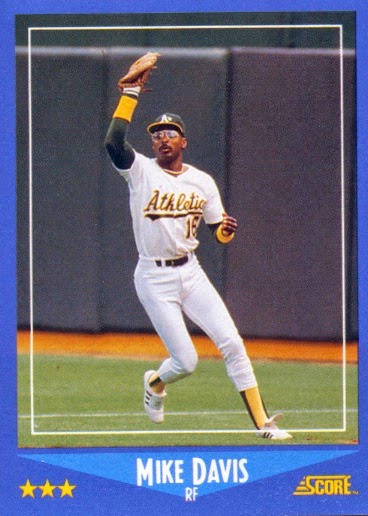 Back in December – in fact, I think it was the day before Christmas or so – I received a fantastic box of cards from Kerry of Cards on Cards.
That included a ton of junk wax set needs, like this 1988 Score Mike Davis. Mike’s waving at you Kerry, saying thanks for the new home!
On top of the set needs, there were tons of Astros, some player collection cards, and a very nice piece of shiny cardboard that started the whole thing.
Kerry, my most sincere apologies that I haven’t posted about this trade yet, but I definitely appreciate the cards!
Ok, let’s show off some of the goods. Heck, let’s show off a lot of the goods. 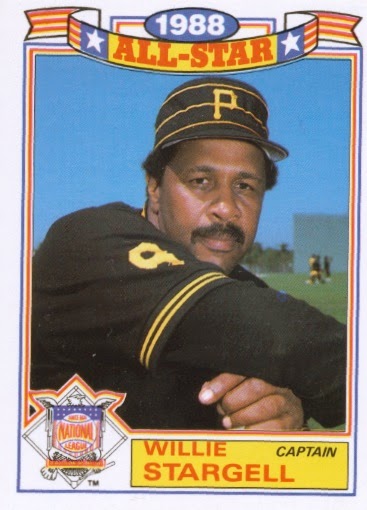 Kerry dropped some nice cards into my player collections, including this 1988 Topps Glossy All-Stars of Pops, as well as some Bryce Harpers. 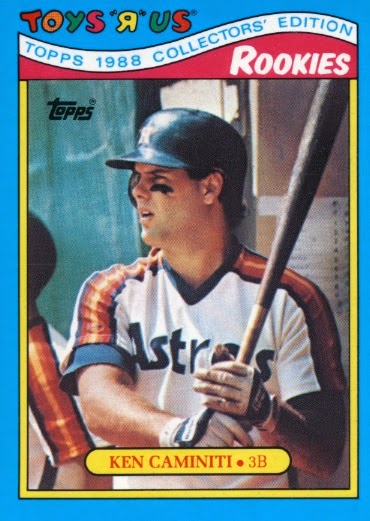 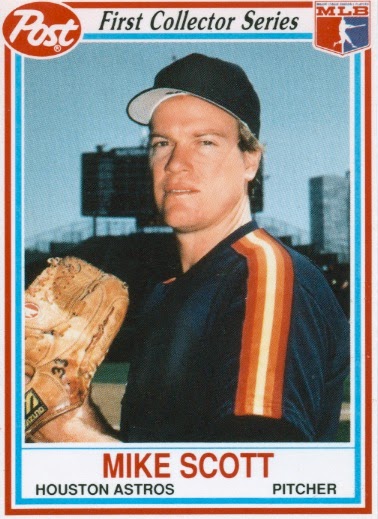 There were tons of my favorite Astros in the box, including these nice oddballs of Ken Caminiti and Mike Scott. 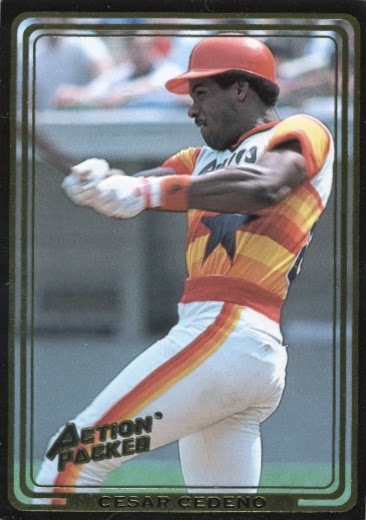 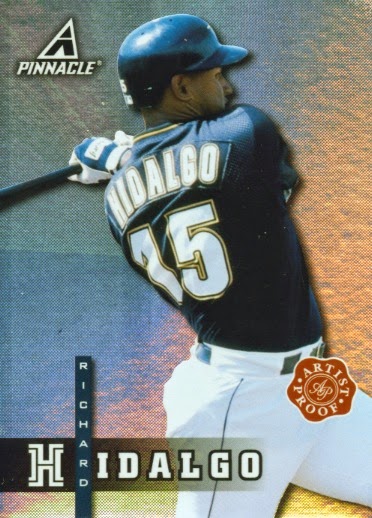 These two slugging outfielders made their way into the package as well. The Action Packed Cesar Cedeno is just fantastic – I think I may have to try to put that set together after I finish up my Pacific Legends. The Hidalgo is one of those mystical Artist Proof cards, coming from the very nice 1998 Pinnacle Plus set. 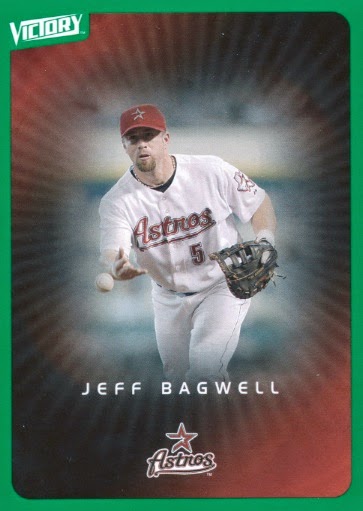 Kerry found some cards of Craig and Jeff that I didn’t have yet as well! The Topps Tek of Biggio is fantastic. The ’03 (I think, can’t remember off the top of my head) Upper Deck Victory of Baggy is actually a double parallel. 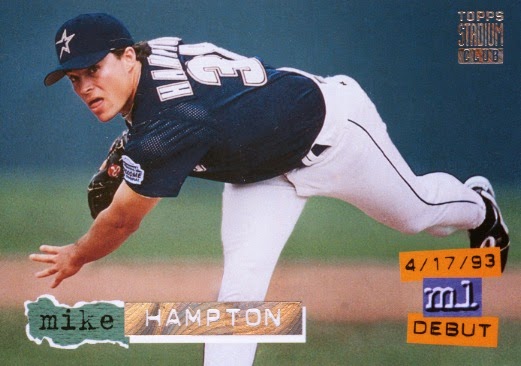 This post is essentially going to be line after line of “look at these two great Astros cards, so get used to it. The ’04 SPx of Nolan looks so much better in person, with a great shimmer. I was super excited to get the Golden Rainbow parallel of Mike Hampton, whom I loved to watch while growing up. The pint-sized pitcher is one of my favorites in club history. 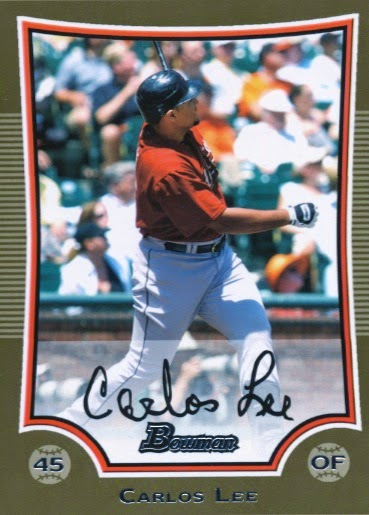 I was super bummed when we traded away Hunter Pence a few years back, and not so much as bummed when we finally let Carlos Lee go. Pence has maintained a high level of play, with all his goofiness, and El Caballo rode off into the golden sunset, much like the border of that Bowman. 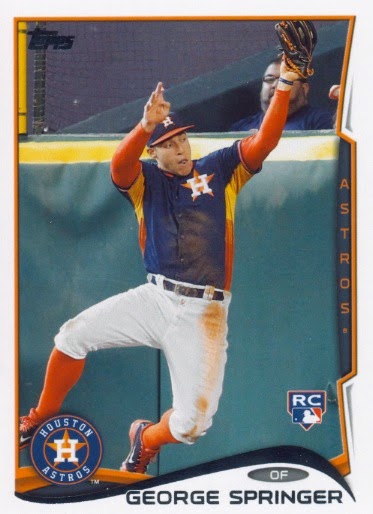 Oh, and Kerry helped me a ton with my 2014 Update needs. Here are some outfielders in some great action shots. The Springer is a nice action variation that Kerry pulled and put aside after I inquired about it on his blog. 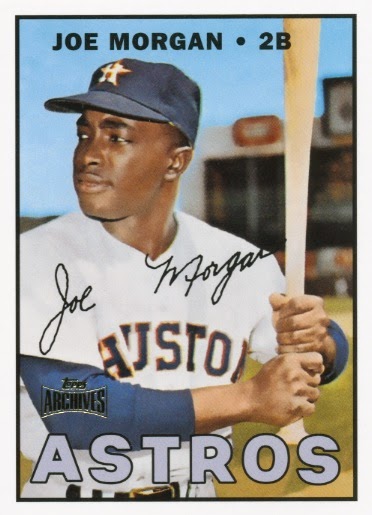 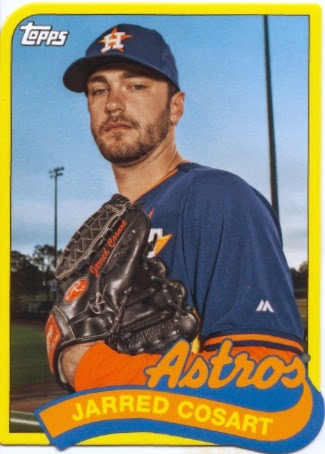 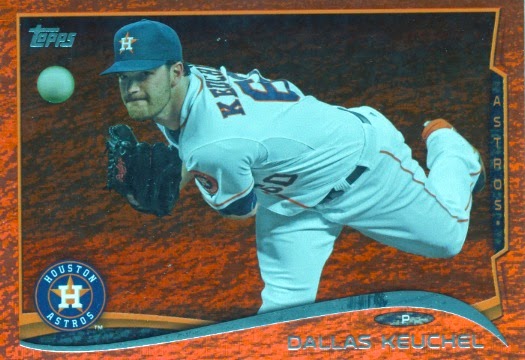 Like most of the red foil cards I’ve scanned, the Keuchel didn’t turn out too well. It’s superb in hand though. Dallas was just named the Opening Day starter, so hopefully he can start the entire season off right for the Astros.

Kerry also found me a nice Jarred Cosart 1989 die-cut mini, which I believe was an Update insert as well. 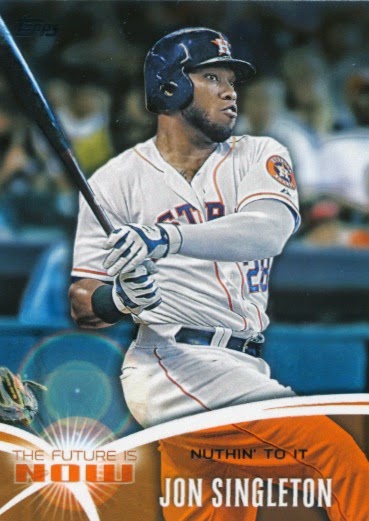 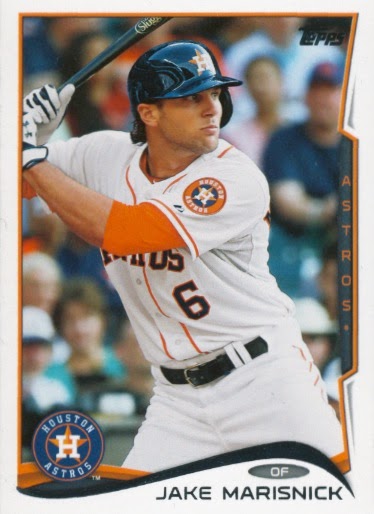 Speaking of Update, let’s take another look at those cards. Here we have one of the three Jon Singleton Future Is Now inserts and Jake Marisnick’s debut Astros card. 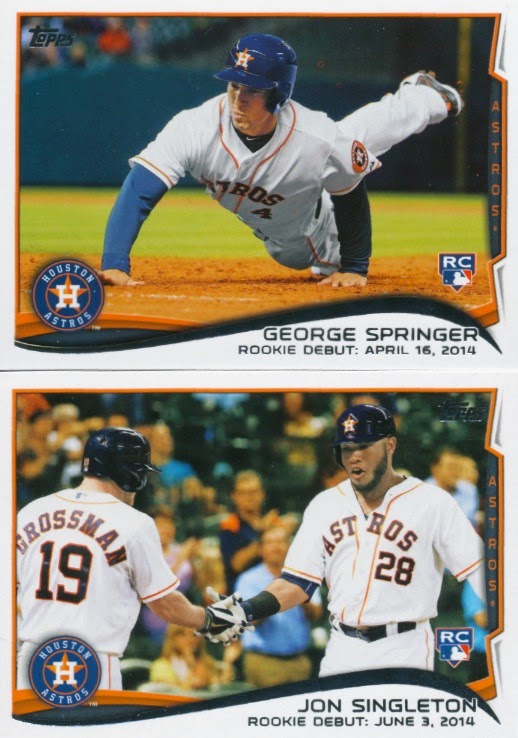 Oh, and then there were the two Rookie Debut cards featuring Springer and Singleton. 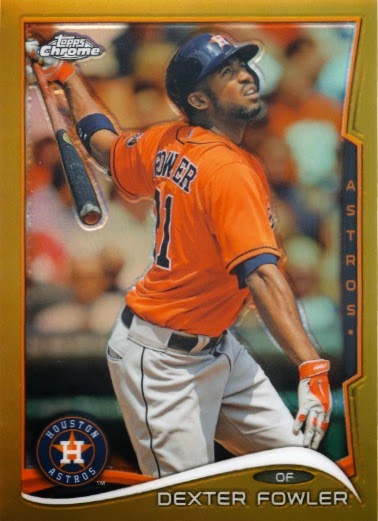 The Jarred Cosart wasn’t the only mini Kerry sent my way, as there were a trio of 80’s stickers: two of Nolan Ryan from Topps, and a Dickie Thon from Fleer.

And that brings us down to the card that started it all, a beautiful gold parallel of Dexter Fowler from 2014 Chrome. This beauty is so shiny, so vivid, so perfect, it’s just beyond words. It’s even evenly numbered, 10/50 – such a great card!

Thanks again for the great package Kerry! I hope the little bundle I sent your way can start to scratch the surface of a proper return.

0 Replies to “Trade Talk: A Christmas Present of Cards on Cards”