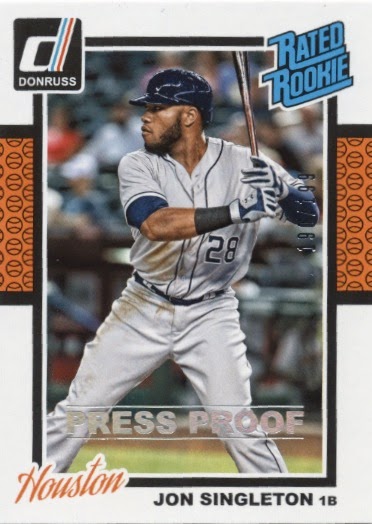 This episode of Catch O’ The Bay originally occurred back at the end of February, when one of my saved searches sprung forth a bevy of Astros finds from a single seller. I’ve since deleted the search, as I was getting too tempted, but it was this Jon Singleton press proof from 2014 Donruss that started off the spree.
Everything in this post was reasonably priced, with “Best Offer” options, and I think I offered half of the listed price on most of them. The seller was more than happy to take my offers, which just goes to show that it never hurts to try. Add in the combined shipping, and I’ve still got a nice little whopper of a deal.
So, now that you’ve seen the impetus for this little purchase, how about the other cards in the deal? 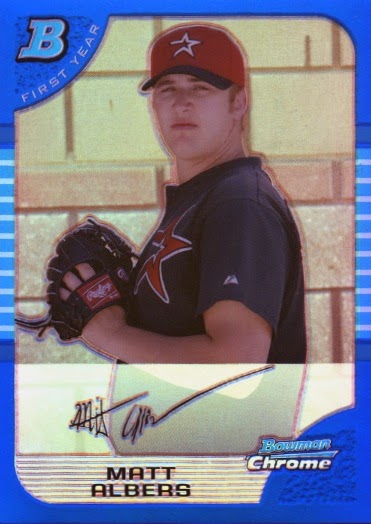 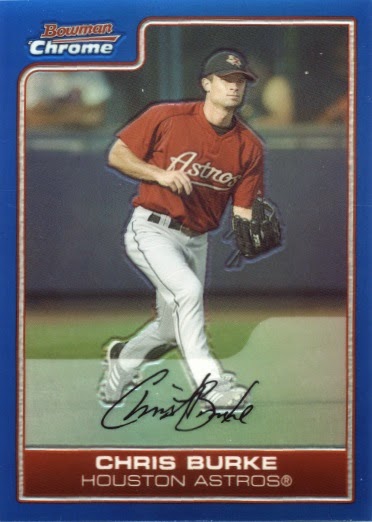 To start, I landed a pair of mid-oughts Bowman Chrome blue refractors, an ’05 Matt Albers and ’06 Chris Burke. God bless you Chris Burke, you and your majestic home run, where ever you are. 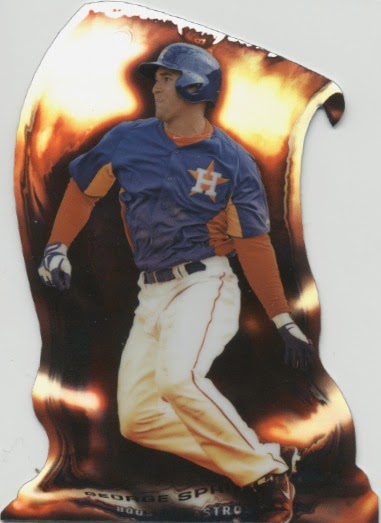 This Springer card was a significant factor in my springing for these deals. Get it, springing? Ok, ok, bad joke. That’s how I know I’m going to be a good dad, whenever that day comes. Everybody seemed to really like these Hot Prospects melty-refractor die-cut crazies when they came out last year. I wish the text was a little more readable, but I won’t complain that much. 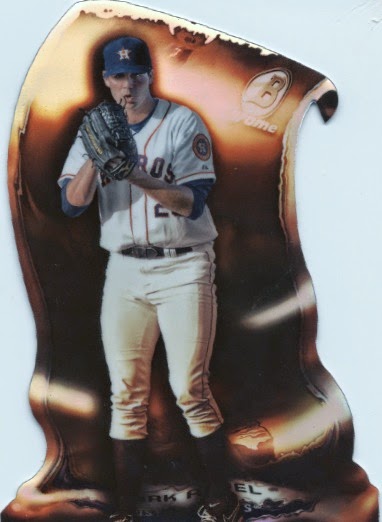 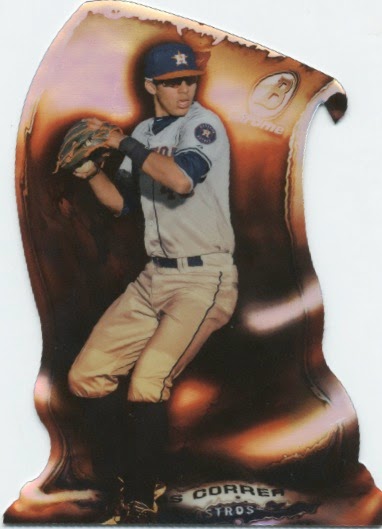 I managed to add the Mark Appel and Carlos Correa cards as well, so that was even more incentive. 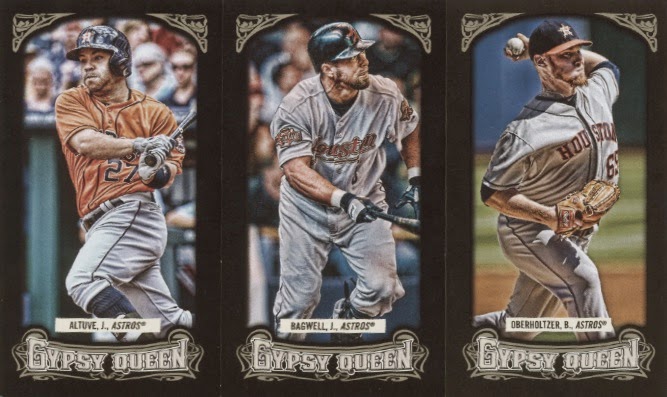 And finally, we have some Gypsy Queen minis. Not just any minis, mind you, but black parallels of Altuve, Bagwell and Brett Oberholtzer, numbered to 199. These are numbered 160, 183, and 65 respectively. I still need tons of these parallels, so if you happen to have any Astros, let me know.