On Saturday my wife and I went to our first Astros game of the season, with my parents buying us a pair of tickets for my birthday from their season-ticket holding neighbors. Check out the view! 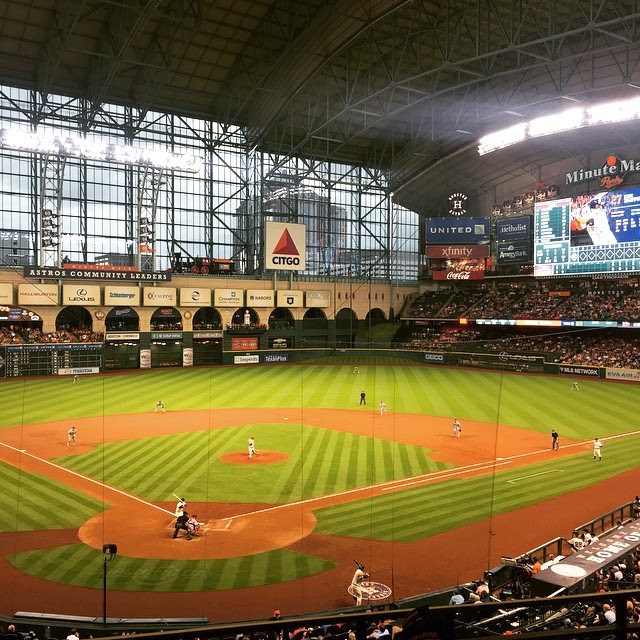 Second deck, second row, right behind the plate, and right in front of the press boxes. Hang on to that last little detail, it’ll come back later. 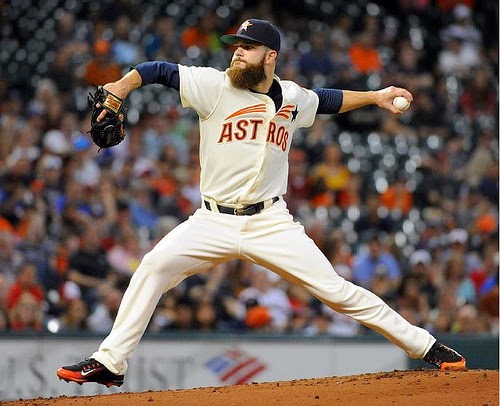 The Astros were wearing 1965 throwbacks, with plenty of extra touches to the game celebrating their 50 years since they’d had to rename the club from the Colt. 45s. Unfortunately only Springer, Altuve and Villar wore the stirrups, though. The grounds crew wore orange space jumpsuits and helmets, like they originally did in the ‘Dome, and the Coca-Cola girls were dressed up in a modernized version of the Spacettes  digs.

The club had brought back six original Astros to honor before the game: Bob Aspromonte, Ron Brand, Bob Bruce, Danny Coombs, Larry Dierker, and Jimmy Wynn. The old timers were signing autographs by the home plate store before the game, but I apparently missed the line cutoff by a few minutes. I was bummed, as Brand, Bruce and Coombs are still guys whose signatures I need.

The Angels wore some throwbacks as well, donning their very cool halo caps. I was excited but very conflicted about seeing Mike Trout play in person, and told my wife so several times. I love the kid and want to see him do amazing things, but not against my team.

C.J. Wilson was the main problem for the Astros, though, taking a no-hitter into the sixth when Altuve legged out an infield single to deep shortstop with two outs. An inning later, the scoreless game was no more, as George Springer hit a solo bomb to the Crawford Boxes for his first dinger of the year. Robbie Grossman tacked on more in the eighth with a three-run blast. Dallas Keuchel pitched masterfully, and the bullpen held it down for the victory. 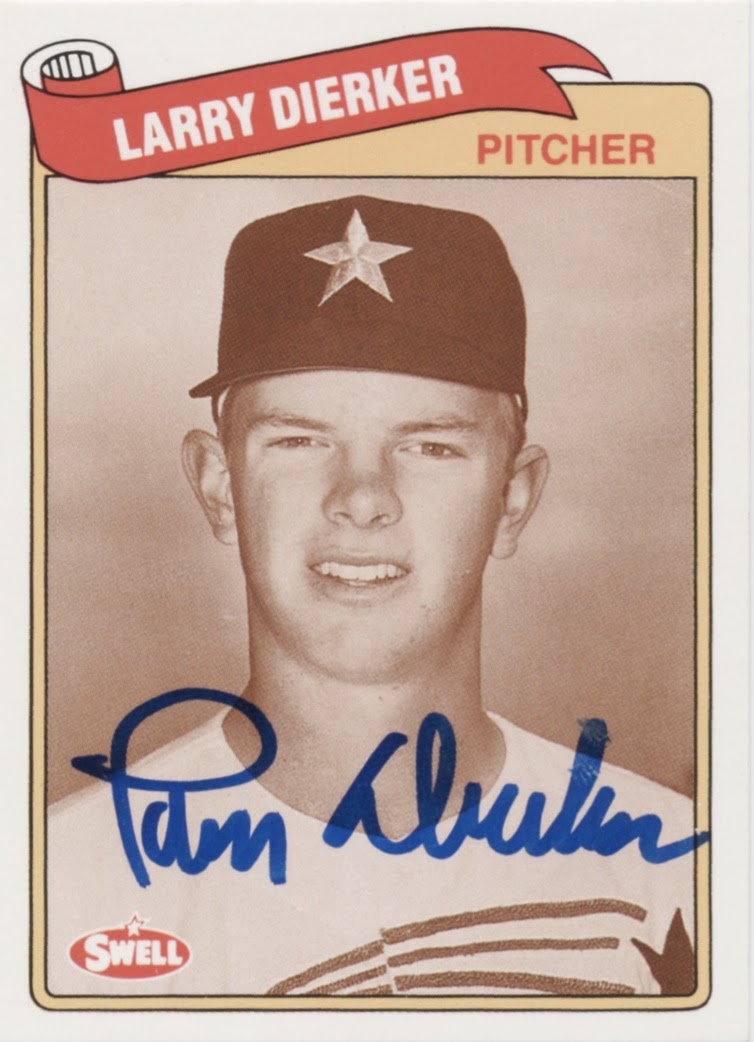 Remember how I said that the press boxes would come back in this post? I should first note that during the seventh inning stretch the broadcasters toss bags of peanuts into the stands, which is always fun.  When we turned around in hopes of snagging a bag, we noticed that Larry Dierker was in the radio booth, calling the game with Robert Ford. So at the end of the game I walked over and waved, and he graciously signed a few cards for me.

That wasn’t all, however. 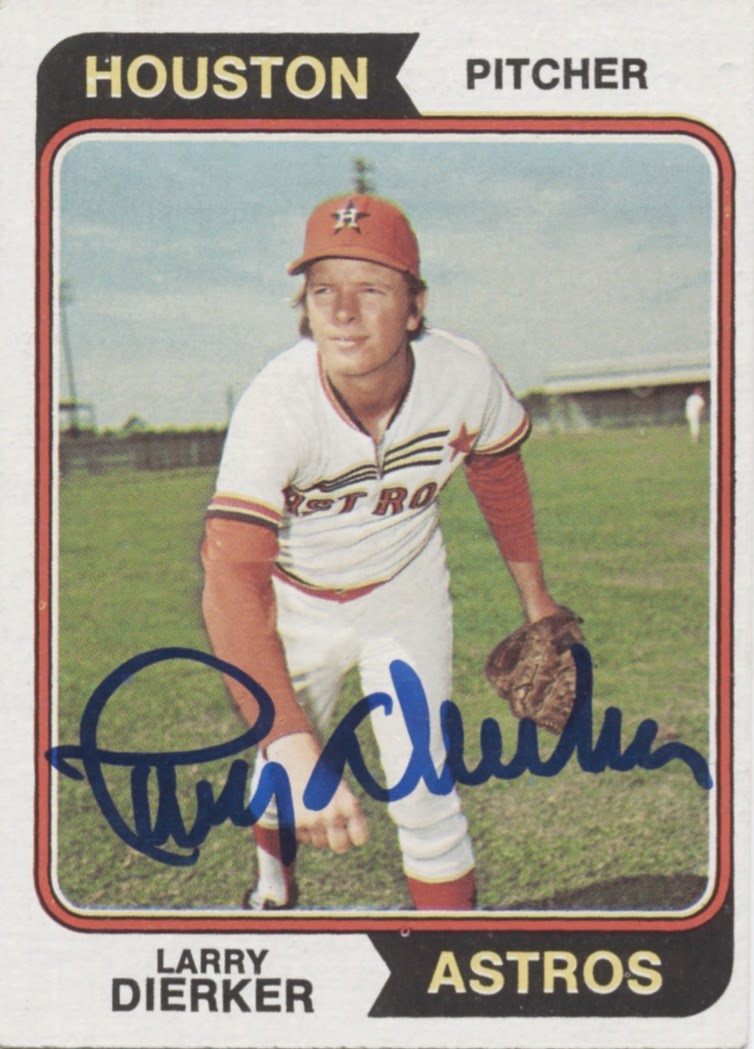 Last time we had come to a game, I noticed that one of the Spanish radio broadcasters was Alex Trevino, former backup catcher for the Astros. I’ve checked multiple times to see if he signs through the mail, and either no one writes to him or he doesn’t get mail through the club, I can’t remember which. But I had been determined to try and get his autograph at a game, as it seemed like the best opportunity. So after I succeeded with Dierker, I walked a few booths down and waved again, this time catching the attention of Trevino’s broadcast partner. He alerted Alex to me, who was also very nice and signed this pair of cards, a 1989 Score showing him in action catching a pop-up and this great 1981 Fleer Spring Training pose. 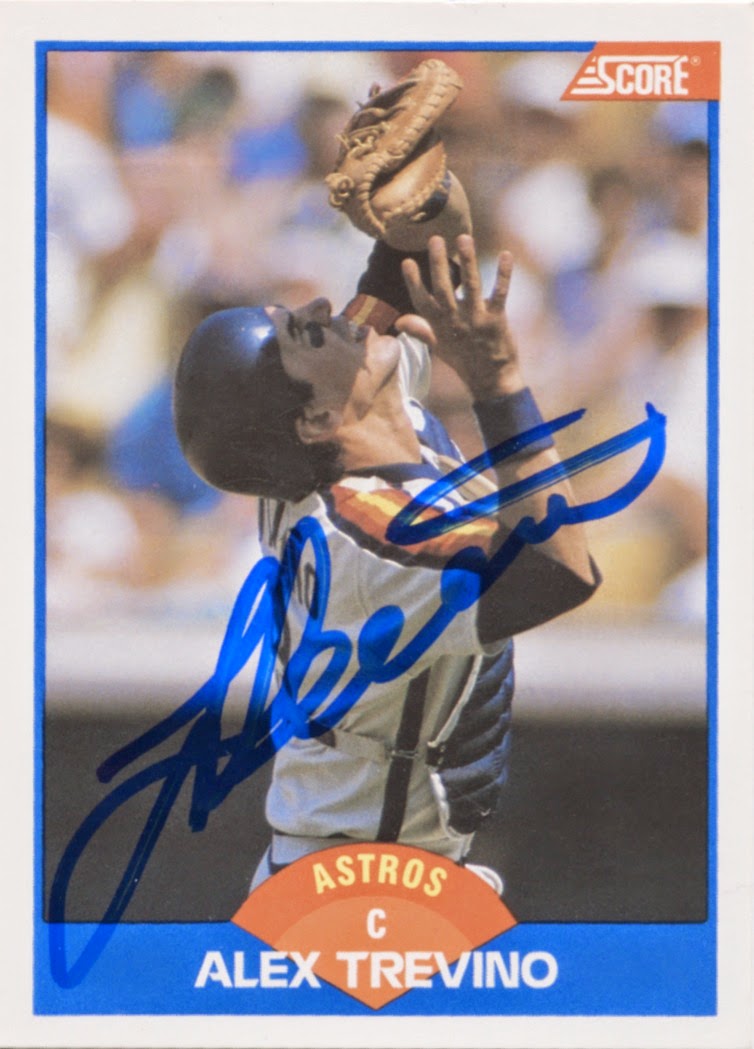 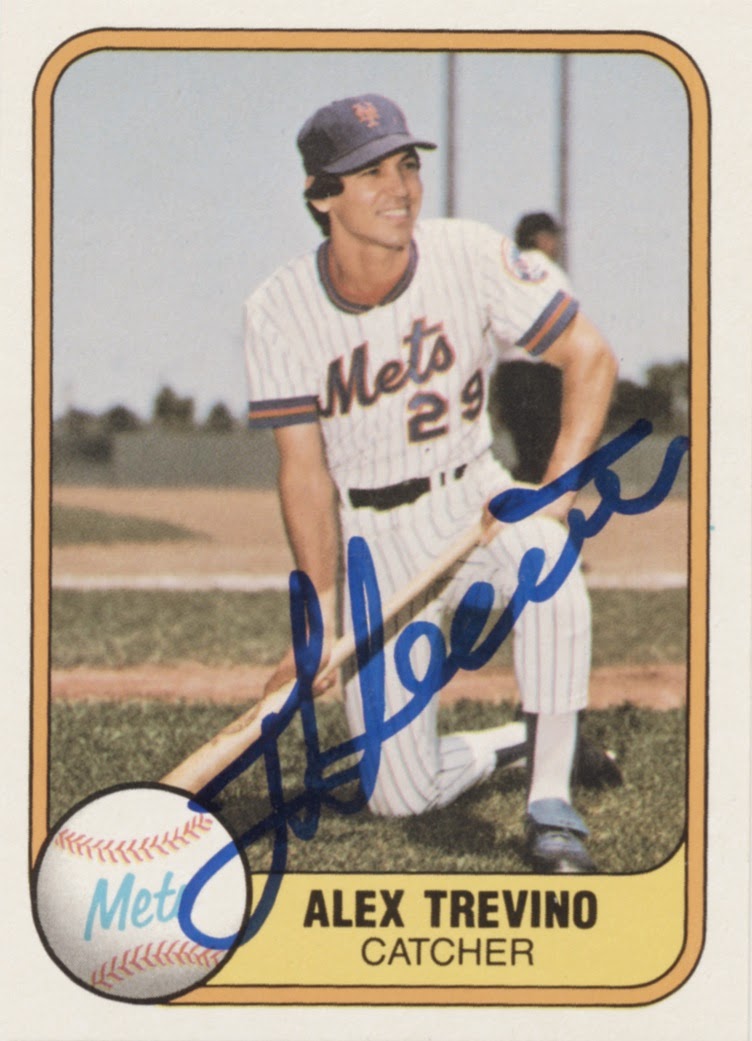 All in all, it was a great game – the Astros won, I scored a couple of autographs, and we had plenty of fun. 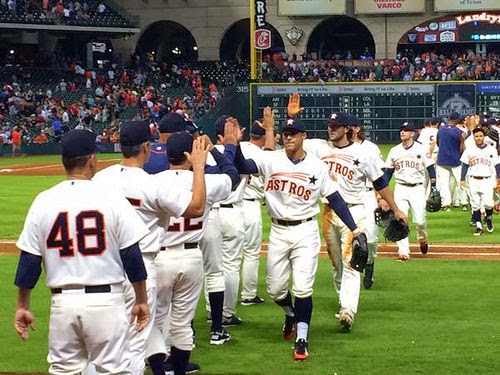 As always, Remember The Astrodome!