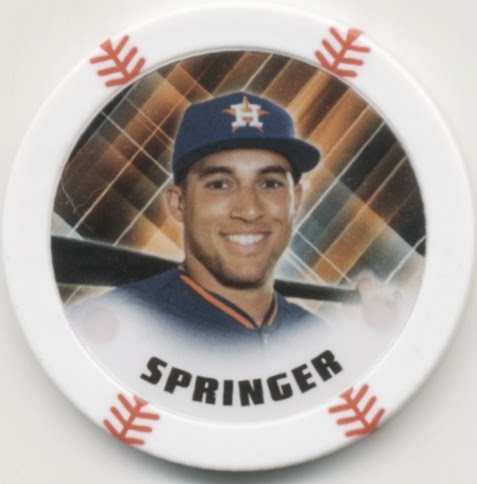 I had to run to the red box yesterday, so I figured I’d check out the cards section. Much to my surprise, Bowman had magically appeared on the shelves, so of course I decided to buy some. More on that in a post to come, however. As I was perusing the section, I figured I’d finally grab a few packs of Chipzzzzzzz. I pretty much hate these things, but I’m willing to try a pack or two.

Well, I still don’t like these things too much, but my first pack had a Springer in it, so I’m happy. This looks to be the same photo they used for his Triple Threads card last year.

On to the rest! I bought three packs, and all of these are up for grabs. Just let me know what you want and I’ll drop it in the next trade stack for you. 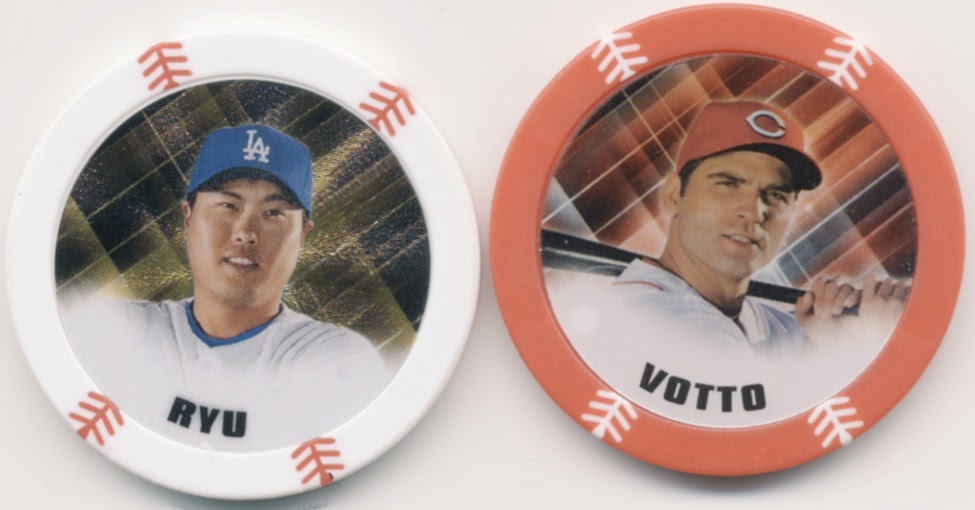 First, we have two parallels. You can’t tell here all that well, but Ryu is a gold foil, so he’s extra shiny. The Votto is a red chipz, obvs. A Red on a red chip – meta, no?

Waittaminute! I thought you already showed off the parallels? Why are there more?
This foursome, while it does feature a both a black and red chip, as well as a pair of mascots, has something in common. In fact, they hang pretty tight, if you know what I mean. Yup, these are all magnet chipz. Not to be used as a #WalletCard.

Ah, and finally we have some plain ol’ chipz. Lay your claims in the comments, folks. I’m only interested in my Springer. Oh, and if you have any Astros chipz I’ll take them off your hands.