by MarcPosted onJune 26, 2015July 14, 2019
It’s certainly been overwhelmed by the appearance of Stadium Club, but I picked up a few hangers of Series 2 flagship when it hit the shelves recently. 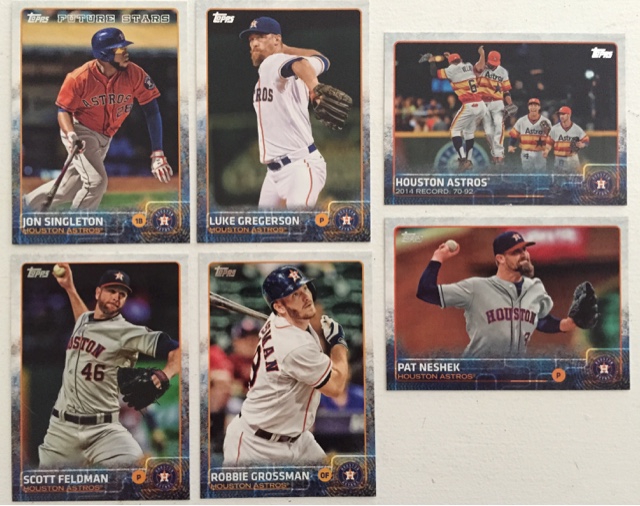 I managed six of the fifteen Astros base cards – not bad for three hangers. Not only that, but I didn’t pull a single dupe out of them, either. The true question is which Rockies blogger out there is going to benefit from my purchases? Stay tuned.
The inserts, though: ouch.

So now we’re no longer Chasing History, we’re Eclipsing it? Boo. The Trout goes in my fishboy files, but the Yankees are up for grabs. 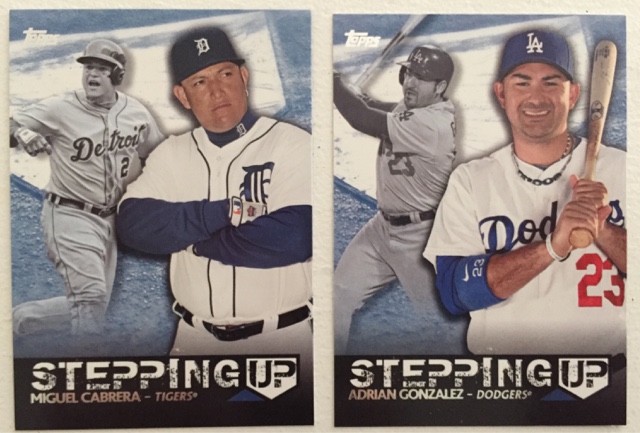 Another underwhelming insert. Sigh. Both are available for trade.

Meh. The ‘Til It’s Over design looks lazily done – almost enticing enough to make me want to see more of these, but the weirdness of the color segmentation is killing it. Someone please take this Cardinal off my hands, I have no use for him.

I halfheartedly started putting this insert set together in Series 1. Sure, it’s an overused Cobb photo, but how many have we not seen at this point? I may send the Doerr off for an autograph while I still can. Nice to see them continue the numbering system from Series 1 for these, unlike…

… these, another insert continuation. Yes, Topps was dumb enough to start the numbering over again, and that ish drives me crazy. Again, this is a set I could care less about, but at least I pulled three players I like, including Pence as an Astro. To the binders ye go!
Is anyone still playing Bunt? I quit after somehow grinding out all of last season. Here’s a pair of codes for whomever you are. Leave a comment once they’re used up so I can pull the photo down.

Ah, and here we have the hits. As I said earlier, some Rockies fan is going to be quite happy with me: a Rainbow Foil, a Gold parallel, and a really nice looking purple Charlie Blackmon swatch. Make your offers and lay your claims in the comments.