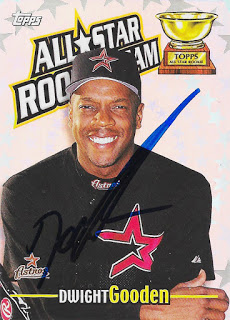 This post was almost titled “Collecting Goals for 2017,” but my number one goal is actually to get rid of cards. With divestment at the top of the docket, I’m hesitant to use the word collecting. So let’s instead talk about what I do hope to accomplish with my cards and this blog over the course of the next year.
1. Get rid of a lot of cards. This one is pretty simple – I’ve got a lot of cards that I no longer want/need in my collection, and I (and my wife!) would be much happier to see them go to someone who will appreciate them. I’ve got a good start in the works, with three long boxes of cards pulled earmarked for trades and about 400 cards already sent out this year. I’m going to be really ambitious here, and make this a three-part plan.
I’m also trying my best to build the bulk of my trades at a high cards sent to cards received ratio. Several of the trades I’ve made so far have been at a nice 5:1 clip. Considering that I’m only getting in cards I want, that’s pretty great.
2. Limit my spending. This one is pretty self-explanatory. We’ve got a baby on the way, after all! Don’t expect me to buy much of anything 2017.
3. Scan my Bagwells. I’ve thought about tackling this for a while. According to TCDB, I’ve got 921 of them, and I know there are a few that aren’t listed. A few a day would get this done.
4. Post more frequently. Consider I posted for a couple weeks at the beginning of 2016 and could then count all my posts on one hand, this shouldn’t be too hard. I have a few series of posts that I’d like to do, though:
5. Keep that TTM train rolling. I’ve been having some great successes lately, both with my Astro-graphs project as well as other players. I’ve begun loosely targeting HOFers, award winners, and pitchers who threw no-hitters.
6. Astro-graphs project beyond 50%. Currently, I’m at 42.86% of players who have appeared in a game for the Astros (plus some coaches and broadcasters), with 38.4% of those in a Houston uniform. I’d like to cross that 50% threshold this year. The stretch goal would be to get the in-uniform guys above that number. I got some nice big names in last year, including a few from private signings like that Doc Gooden at the top of the post. Talk about a short-term stop! Doc pitched in one game with Houston in 2000, giving up 4 runs in 4 innings before being sold to Tampa Bay. Yep, sold.
7. Follow your blogs more! I get pretty bad about keeping up with this. I’d like to maintain a better following of your blogs if I can.
Alright, that’s enough for now I think. Have a good one, and here’s to a great year.
– Marc