Back in the beginning of January, when I was in the midst of my new year trading frenzy (still looking to move some cards, of course!) I put together a quick trade with fellow TCDB member rodine. He happily let me unload a stack of over a hundred cards upon his collection in return for a dozen ‘Stros. Here’s a few of the highlights. 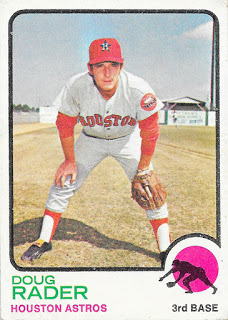 I’ve been on the hunt for another of these Jim Campbell cards ever since I got a smudged auto back from him in the mail. He responded rather quickly, but unfortunately there was a nice smear where the ink caught, fouling up his last name. Now that I’ve finally got another one of these lovely ’63s in hand, I can put in another request. I’ve also whipped up a custom to send off to him as well.
The 70s were full of great sets from Topps, including what I think was an absolutely marvelous 1973 set. Sure, it’s not the crazy colorful weirdness of ’72 or ’75, but it’s a very aesthetically pleasing set (with some of Topps first action shots). I was quite happy to get this Red Rooster for my binder. 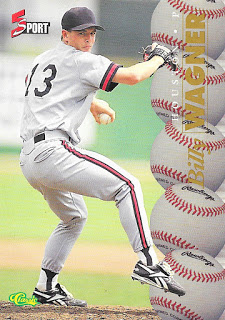 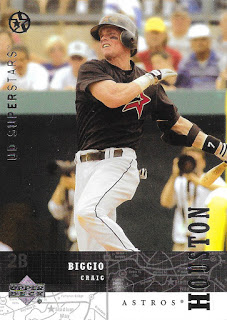 Most of the rest of the cards were early Fleer issues, but these were the other two standouts. For all his firepower, Billy Wagner was one of the nicest guys on those 90’s Astros teams. I have very fond memories of hanging out by the bullpen before games and chatting with him as the team warmed up. Some day I’ll have to show off the many autographs he signed for me during those days. I love finding the obscure minor league cards from the early 90s, so this Classic 5 Sport was right up my alley.

Speaking of multi-sport sets, that Craig Biggio comes from the 02-03 UD SuperStars release, a bizarre four sport release that I’d never heard of – most likely because I wasn’t buying cards at the time.

Thanks again for the cards rodine!