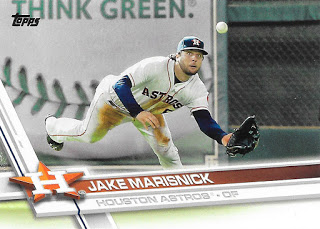 What with the new family addition and all, I’m not buying a ton of cards this year. However, I have to dip my toes into the releases as they come out just for the sake of curiosity. So I pick up a pack or three, hope to pull some Astros, and chalk the rest up as either trade bait or the occasional TTM fodder.

Hence, when I was on a recent baby supply run to Target, I grabbed a hanger pack of Series 2. Then yesterday I dropped by for more formula and nabbed a hanger box. I’m done buying this stuff, but let’s take a look at what I pulled, shall we? First up is this great shot of (Handsome) Jake Marisnick making a great catch while patrolling center field. That chain link on the right side is the edge of the new Lexus Club, where you can sit behind the center field fence and see the game at field level. You can also get a view straight into the Astros bullpen, which is just a bit farther to the right. It’s a 100 person capacity, which can only be bought in blocks of 100 or 50, so I haven’t made it down there yet. However, if you’re lucky enough to get a ticket for it, you can stand on the warning track during BP – they give you a helmet and glove, according to a friend of mine. 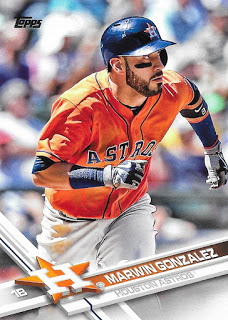 I pulled two more Astros base cards, both of which are of guys who have come up big for the team this year. I love me some Mike Fiers, but by mid-May, I was convinced he needed to be relegated to AAA. Ever since he got moved to the bullpen and immediately returned to the rotation (thanks to injuries and David Paulino), he’s been pretty stellar. Marwin has gone full beast mode this year, to the point where he’d be among the league leaders in several offensive categories, but for the fact that his status as all-around backup has left him just a few PAs shy of qualification. With Correa on the DL for his finger, though, he ought to breach that plateau soon. 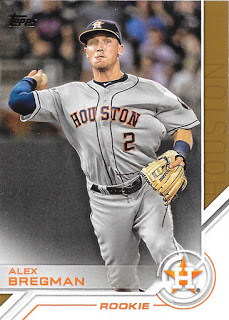 Only one ‘Stros insert among the bunch, but any Bregman is a good Bregman! 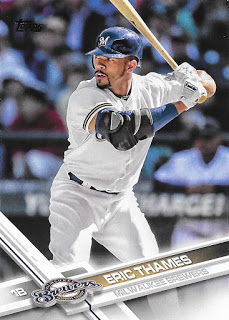 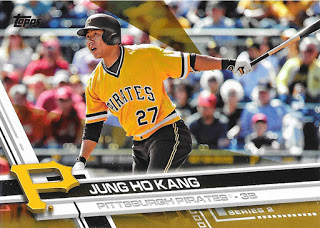 My gold parallel pull turned out to be a dude who I really wish was playing this year (the Pirates being the team I casually follow), but is stuck in Korea. Lesson to the kids – don’t drink and drive. Also, don’t flee the scene of an accident. I was really happy to pull a card of the mighty Eric Thames, however – a guy who has made a big impact after spending the last few seasons in the KBO. 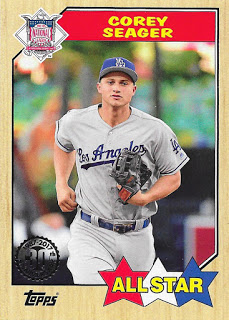 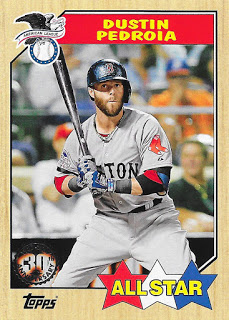 Topps is just determined to beat that 1987 design to death, huh? “Hey look, it’s the 30th anniversary of one of our most popular designs, so let’s put a stamp on it!” Meh, I still think these look great. It’s probably because of the nice stock they are printed on, so for now these are keepers. But seriously, Topps – just let ’87 retire to its home in Florida already.

Let’s talk about cards I DON’T need, though: 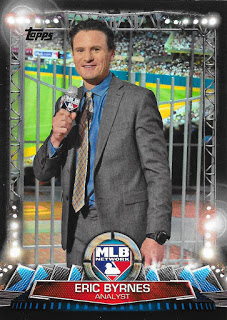 1. Cards of guys on the MLB network. Former ballplayers in poor-fitting suits, and whatever the hell is going on with this Intentional Talk card. I hear IT is pretty bad – is it? Either way, there’s nothing in me that wants cards of these guys. Maaaaaayyyyyybe famous announcers. Gimme a Vin Scully sunset card, or how about a couple legends that called Houston home – Gene Elston and Milo Hamilton? 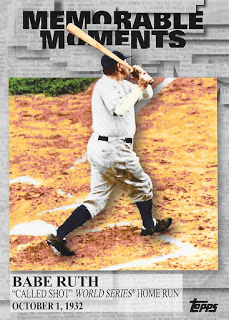 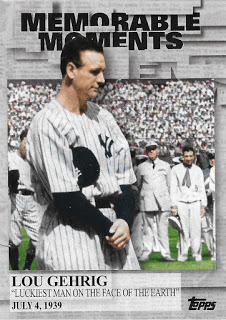 2. More dead Yankees. Specifically, these dead Yankees, Mantle, and DiMaggio. WE GET IT. Old ballplayers were good, but there were more than those four guys, Ted Williams, Jackie Robinson, and Stan Musial. Find something more interesting – and what the hell is going on with the crap at the top of these? 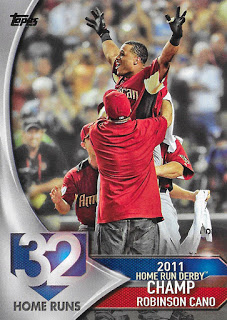 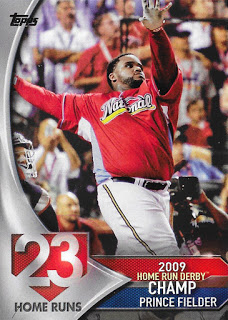 3. More shitty All-Star Weekend inserts. These are boring, and they’re already being bashed into our skulls by Update.

Unless it’s of someone cool, like the Hawk. I’ll keep these. But dang it man, can these All-Star stuff just stop already?

Oh well, that brings us to the final card that I’m going to show off in this post:

And you may ask yourself, “uh, wait – what? This is not my beloved Astros. This is not a super-cool insert.”
Well, you would be correct. This is a plain jane, J.J. Hardy base card. It hit somewhere in the middle third of the pack, as evidenced by it’s horizontal status. It’s even a nice batting photo, though the dumb tilted frame that is all over this year’s cards is swallowing J.J. in it’s maw. So why post this card?
Because just a few cards later in the hanger pack, this fell out: 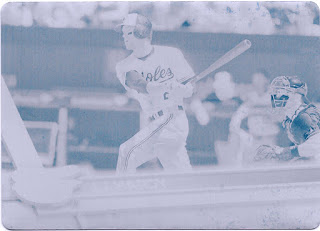 Yup! I pulled the cyan plate used in the very printing of the base card. This is the second 1/1 I’ve pulled – the other being a 2013 Panini Cooperstown Joe Morgan black parallel. It was definitely a neat find. I’m always a little shocked at how light the actual plates are. This one is up for grabs, so get at me O’s fans! If you’ve got some cool Astros stuff, let me know (or if you want to engineer a three-way swap with another blogger, that’s cool). Otherwise it’ll get sent out to the ‘bay.

That’s a pretty good way for me to close out my Series Two purchases for the year, don’t you think? 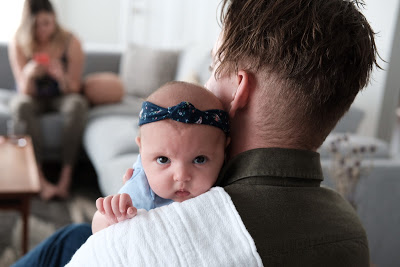 P.S. Lil’ Bru is two months today! That’s crazy! She’s starting to develop her little personality, which is amazing to see. Here’s a pic of her chillin’ with my pal Brendan (her godfather) on Saturday. Willie Nelson was on the turntable and the Astros were on the TV, so it was a great day.