by MarcPosted onAugust 27, 2017July 9, 2019
Aug 27, 10:00 pm: Rain was fairly sparse for us throughout the day, relatively speaking. Don’t get me wrong – it rained the entire day, but in our location it was light most of the time. Thankfully, much of the city caught a break throughout the day, so that would have given water some opportunity to move along. However, we are by no means out of the woods as a city. In fact, they are going to release water from one of the two reservoirs on the west side of the city tonight – releasing more water into an already flooded system, something they have never done before. The risk in not doing it, though, is that the reservoir dam (built in the 30s by the Army COE) will eventually fail, causing an even larger catastrophe. As it is, they’re trying to time the release for after the strong bands pass through tonight. 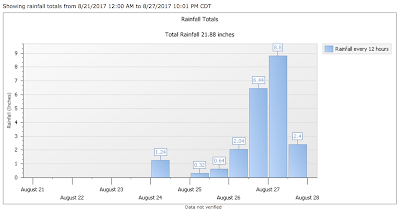 Remember the rain gage I showed in my earlier post? Well, here’s a nice little graph showing the rain at the nearest gage over the past week. Those are 12 hour totals, and it’s about to pick back up. Yes, we’ve gotten about 22 inches at our house so far, and it’s just starting for the night.

For a little background on the way Houston’s drainage works, I think you should all read this thread. It’s a really good primer. I even learned some things while reading it, and it’ll explain why they’re going to release water from the reservoir.

A Houston floodsplainer:
(caveat, I’m not a pro, just someone interested in how my city works. If a real pro finds an error, please LMK) 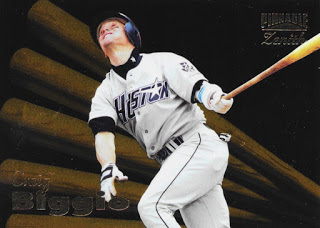 On to some cards. This is from a trade I made way back at the beginning of the year on TCDB, when I was really trying to get rid of some significant amounts of cardboard. Note: I still am, but I just can’t prioritize it at the moment, so I’m moving them when I can. This was a great little trade with Nick, who’s handle is Hittinaway. I sent a little grip of Griffeys over and requested a few ‘Stros from the ’96 Zenith set, including this Biggio. 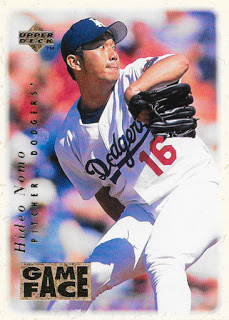 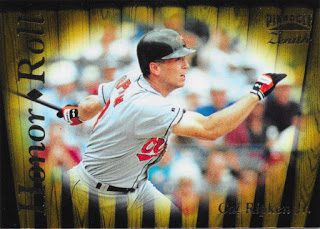 I also asked for this Ripken and a Nomo from the checklist, for a pair of PCs. Nick sent along a few more, including this nice Upper Deck Game Face card. 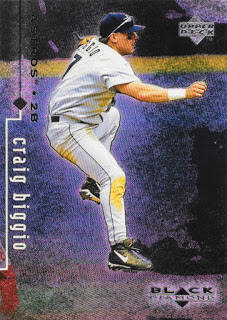 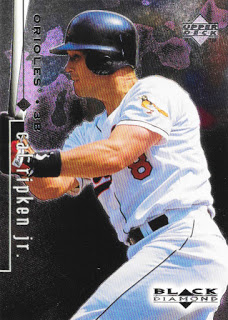 Nick was kind enough to throw in some extras as well, like these rad Upper Deck Black Diamonds. 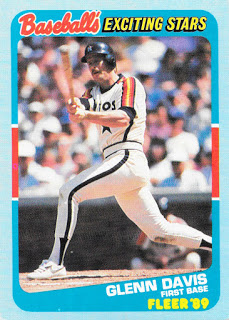 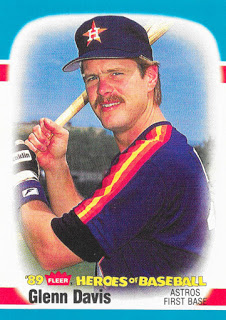 There were some more spare ‘Stros as well, including two great 80’s Fleer oddballs of Glenn Davis. 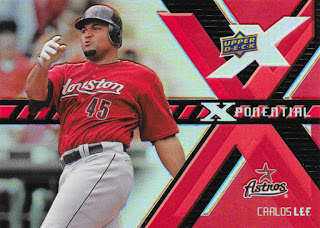 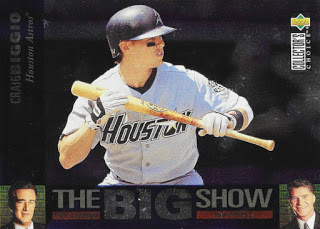 We’ll close it out with this great Biggio card from The Big Show subset in 1997 Collector’s Choice. Check out that primed bunt. Insert joke about Houston being the Big Show at the moment.

Thanks again for the trade Nick! Let’s do it again soon.

0 Replies to “The Hunker Down Chronicles, Part 6: Trading Tornadoes”