What’s this you say? Why on earth would I post this now? Well, it’s the offseason, and I’m trying to get caught up on old posts, and this was sitting in my scan folders. Plus, I pulled a few nice cards out of these hangers. So, let’s have a look! What else are you going to do right now? 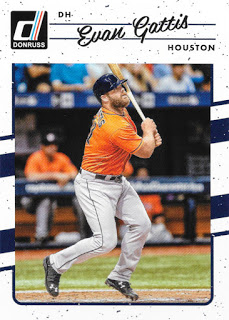 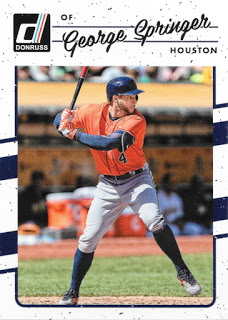 Starting off strong with the ‘Stros! Gattis has a little spring in his step there – doesn’t look like it was one of his triples, though. 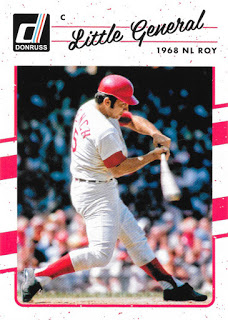 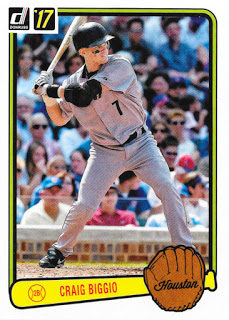 Retired dudes. The Bench is one of the cool nickname variations in the set (there’s an Altuve I need that just says “Gigante”), along with the 1968 NL ROY designation in place of the team name. I thought those were a nice nod to 1990 Donruss, which this set is certainly designed to bring to mind. The Biggio is from the ’83 “Retro Variations” portion of the set – I must have bought a few more hangers than I thought, because I’m only a few cards away from finishing those, I think. 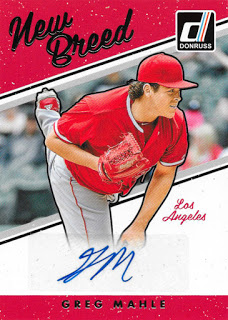 I don’t pack search, but I will stand there with packs in my hand until I decide which ones are calling to me. I got lucky with these two “hits.” The Brian Johnson was sent off to Mark Hoyle as part of a thank you for some cool old oddballs that I still need to post. The Mahle is also earmarked for a trading pal of mine. He probably knows who he is. 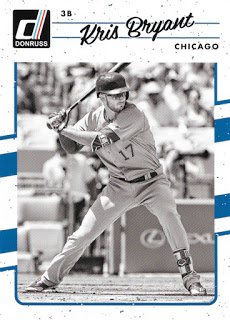 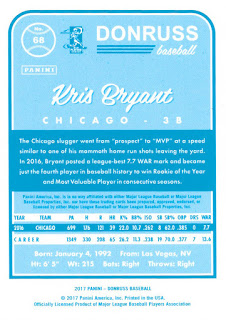 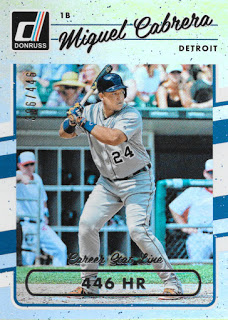 Finally, a couple of serial numbered cards of some big names. First we have a Career Stat Line parallel of Miguel Cabrera (396/446) and a green parallel from The Elite Series inserts of Dustin Petey Pedroia, (324/349). Not too shabby! I filed these away in the keepers, for now.

Gotta keep on keepin’ on – lots more to cover from the past year, and I promised myself I’d at least write all these posts by the end of the month.

0 Replies to “Highlights From Random Hanger Packs of 2017 Donruss”