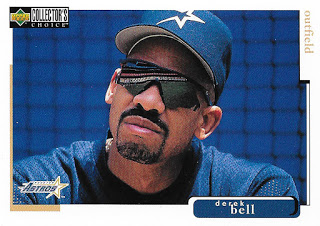 Oof. I feel bad about all the posts that I let sit in the scans folder for months on end, but when I come around to some cards sent by a fellow blogger it just feels all that much worse. Even Derek Bell here is like, “what gives, man?” Ol’ Operation Shutdown has been sitting patiently on my hard drive since last April, when our buddy Curtis, aka Rosenort of Condition Sensitive, sent him down south to me. 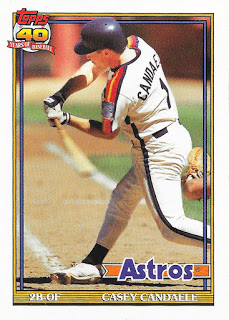 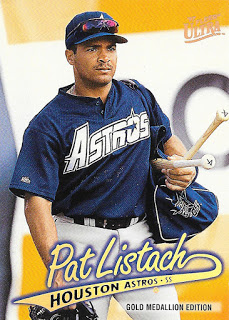 Candaele was one of my favorites – the Marwin Gonzalez of the early 90’s ‘Stros, he could and would play anywhere. I’m pretty sure that was an O-Pee-Chee pickup. The Listach is a Gold Medallion version from ’97 Ultra. That was the year they decided to do alternate photos for the Gold Medallion cards, which I think is a really nice touch. 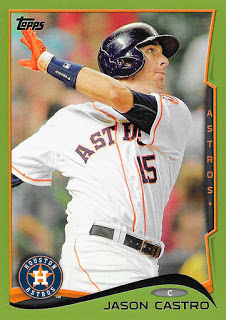 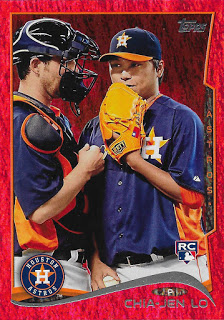 Speaking of parallels, a couple of the tougher to find borders from 2014 Topps made it my way. Always fun to add a green one. 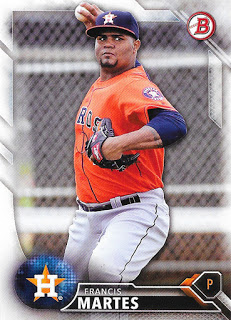 Finally, we’ve got ol’ Frankie Tuesday. I’m pretty excited that he wasn’t in the Gerrit Cole package, because he showed a lot of promise last season. Plus, he’s Frankie Tuesday – c’mon!

Thanks again for the cards Curtis! I’ll have to drum up another package for you soon.