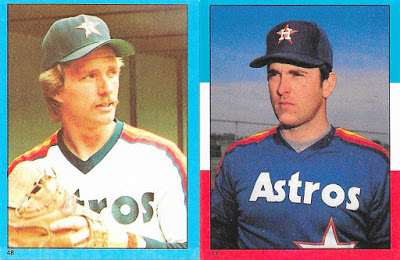 What’s this, you say? Another trade post from TCDB member Mark, aka MZentko? That guy must be pretty swell!

He is indeed! I don’t have a record of this one in the Transactions list, so this must have been a blind swap (the other one was as well, but there’s a proposal saying such). This was a nice little package with things from all over my want list, such as these 1982 Topps Stickers. Ashby and Nolan were two of the last three I needed – now I just have to find a Terry Puhl. 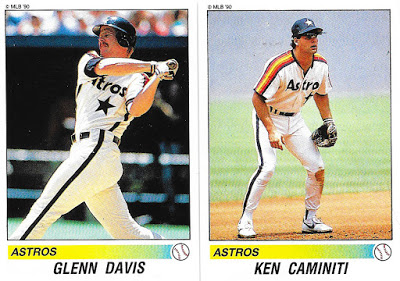 Those weren’t the only stickers, as Mark included most of the Astros from the 1990 Panini Stickers set as well. 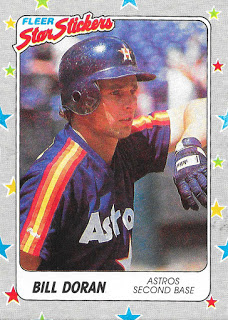 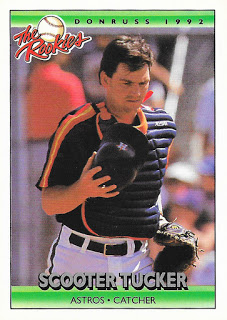 There were even some full-size stickers as well, from the 1988 Fleer Star Stickers set. Bill Doran’s ready to punish some BP balls, y’all. Eddie “Scooter” Tucker capped off my ’92 Donruss The Rookies needs, if I recall correctly. 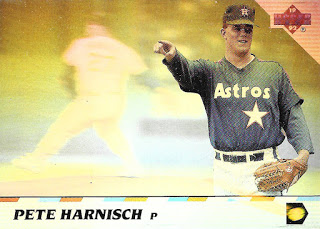 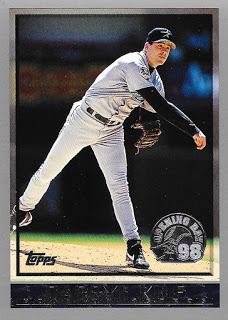 How’s about a pair of rad righties from the rotations of my youth? The Harnisch hologram is from the 1992 Upper Deck Team MVP set, while Darryl Kile puts in an appearance on the very first Topps Opening Day set from back in 1998. Oh, the humanity. I’d love nothing more than for OD to die, what a pointless endeavor. Yeah – it’s for the kids, and kids need a set like that. But let’s at least make the photos different from Flagship so that they’re not getting the same card but with a ribbon on it. I mean, these frustrated me when I was a kid. But enough complaining – I needed that DK, and I’m happy to have it. 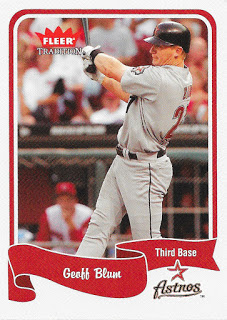 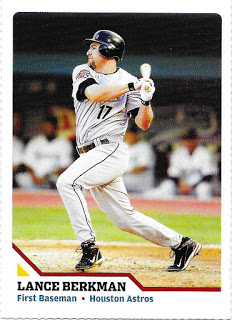 There was some mid-00s goodness in there as well, including a nice 2004 Fleer Tradition design I’d never seen. I’ll take that for a base card layout any day. The Berkman is a SI For Kids card from 2006 – I had no idea the magazine was still around, much less that they still put the perforated cards in it! I noticed a copy on the supermarket shelves the other day, but I forgot to see if the cards are still around now. That was definitely one of the coolest cards in the package. 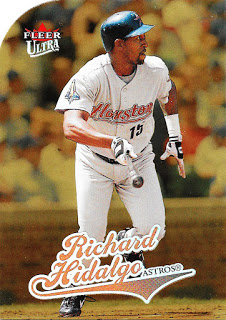 We’ll close out this post with a pair of die-cut parallels: a 2002 Donruss Fan Club die-cut of Moises Alou, and a 2004 Fleer Ultra Gold Medallion parallel of Richard Hidalgo, for which they decided to lop off a corner. These guys both had some excellent seasons patrolling the outfield for Houston, and put up some nice batting numbers. Moises was an excellent hitter who ran into injury problems frequently throughout his career, and missed the entire 1999 season due to an offseason ACL tear. By the time this Donruss card had come out, the Astros had non-tendered him and Alou had signed a 3-year, $27 million contract with the Cubs.

Thanks for another trade Mark! This was a great package. We’ll have to do it again.