More trades from a time gone by. I’m still trying to get the April 2017 stuff wrapped up, and I’m not sure if I’m going to hit my goal of writing out all of last year’s posts before the end of January. Being sick certainly hasn’t helped, and it’s just been more posts than I thought. The good news though, is it looks like I should easily clear everything before February ends if I keep up my current rate. That includes all the stuff that came in at the end of the year and what’s beginning to trickle in via trades in 2018. Onward ho! 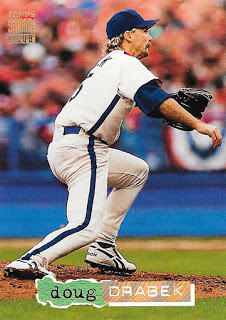 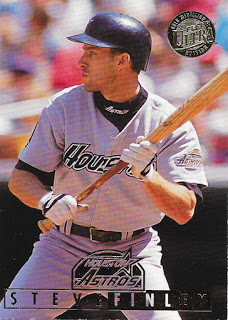 This was another TCDB trade, with a fellow Marc at that! His handle at the database is SaveDaKid, and I sent him a PWE packed full of basketball cards in exchange for a few Astros parallels. First up is a Doug Drabek Golden Rainbow parallel from 1994 Stadium Club. I’ve got about half of these from the team set now I believe. There were also a pair of Gold Medallion parallels from 1995 Ultra, including this pre-bunt Steve Finley. 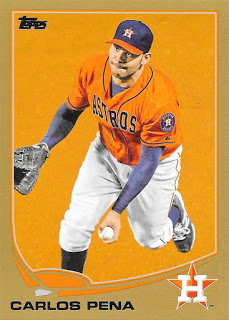 Aside from an MLB Showdown card, the rest of the pack was recent parallels from 2012 and 2013 flagship. These were dark times for the ‘Stros. I’ve got a ton of the 2013 Wal-mart Blue/Target Red/Gold parallels, probably at the point where I ought to make a list of what I don’t have. I’d love to be able to complete those team sets, as they seem pretty doable. 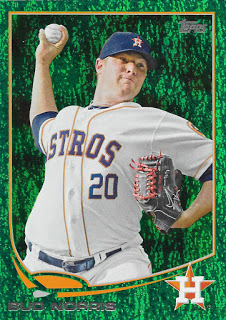 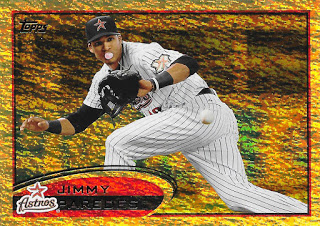 Finally, we’ve got a pair of super shiny parallels – a Gold Sparkle Jimmy Parades from 2012, and an Emerald Bud Norris from 2013. That shot of Parades is probably one of the better cards from the 2012 set, with the bubble gum in full effect. Bud actually put together a pretty nice season out in Los Angeles during 2017, until the last month or two. It’s been nice to see him enjoy some success out of the bullpen.

Thanks again Marc! Let’s do another swap soon.