It’s been well documented that our pal Tony at Off Hiatus has been spreading some 2018 Topps around the ol’ blogosphere. I, too got a lovely little message last week asking if I needed some new cardboard, and of course I said yes. 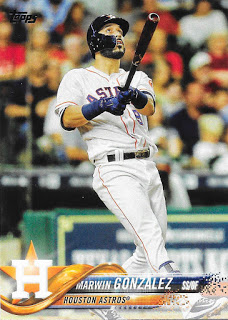 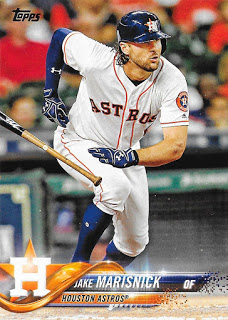 It’s always exciting to see which images get picked for the new set. I’ve got to say, Topps did a much nicer job overall with the image selection in this year’s flagship. I’m really hoping these two guys continue to have the success they saw in 2017 and that they didn’t just fluke into career years. Although, if they did – well then I’m glad they did it at the right time. 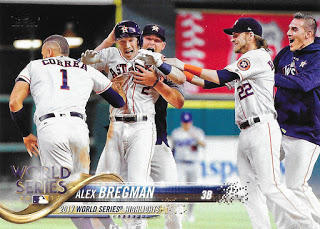 Sorry Night Owl, but I love these World Series highlight cards. Alex Bregman looks like a teenager here, all those other dudes are so much taller than him. 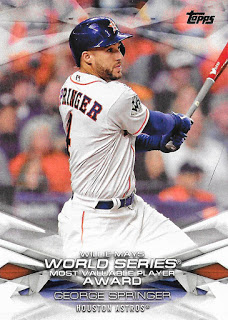 There are five Astros cards in the Awards subset. They’re all Altuve and Springer, and I find it kind of funny that these two cards are the endcaps for the 50 card insert set. Also, there are too many inserts. But I’m happy to have these knocked out! 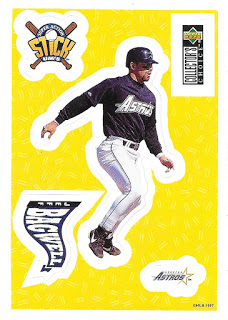 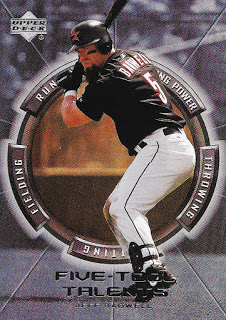 Tony sent some bonus cards my way as well, because he’s a great guy like that. He even found a new Bagwell for me, which given that I’m well on my way to catching up to his 1100 and some odd Younts is a pretty big feat. 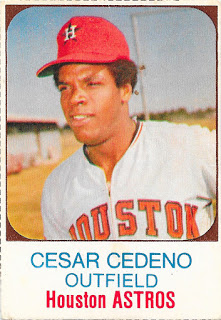 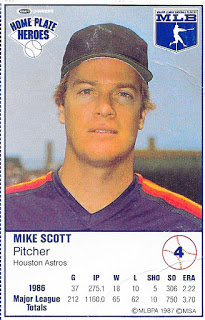 There was some lovely food-related cardboard in the package as well! I had a Cedeno, but this one is a nice upgrade, and I’ll put the other toward a Hostess set build that I may tackle some 20 years down the road. I think Mike makes two of three Astros in the Kraft Home Plate Heroes set – I’ve got a Glenn Davis and if I recall right there’s a Nolan Ryan in the set as well. 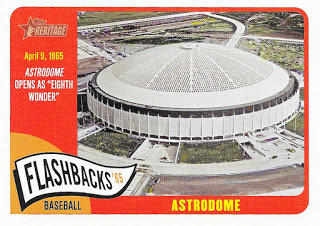 Tony also sent me an extra copy of one of my favorite cards, the Baseball Flashbacks card from 2014 Heritage celebrating the opening of the ‘Dome. I’ll take any and all extra copies you have out there, because these are particularly great for getting signed. In fact, I just got one back in the mail today with some ink! You’ll have to wait to find out who it was, though. There was a nice little addition of some Kellogg’s 3-D cards as well! This is one of two J.R. Richard variations in the set – one has stats that start in ’71, and this one has stats starting in ’72.

Tony managed to knock out all of my needs for the ’82 Kellogg’s set as well! I may try to upgrade the Knepper at a later date, but this was a really nice surprise. 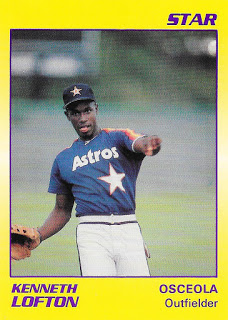 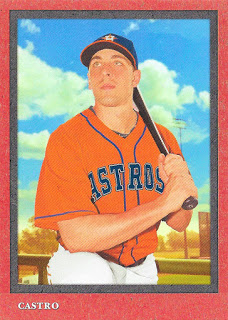 How’s about some colorful borders? That’s a very young Kenny Lofton on his 1990 Star card. I still wish they’d never traded him, it would have made the early 90’s teams pretty darn different. The Castro is from a 2014 Turkey Red set that I don’t think I even knew about. 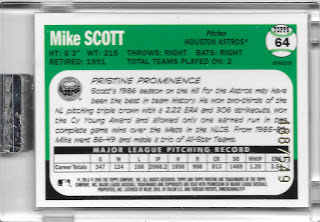 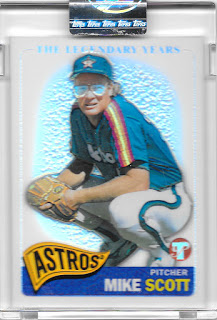 Speaking of sets I don’t or barely knew about, this Mike Scott comes from 2005 Topps Pristine The Legendary Years – a special encased afterword of sorts to the regular set. I had no knowledge of this release, and had only discovered the Pristine sets when a Morgan Ensberg card showed up in my package from ARPSmith. I found another at the card show this past weekend as well.

Thanks for the new ‘Stros and the surprises, Tony! I’m putting a little something together for you as well.