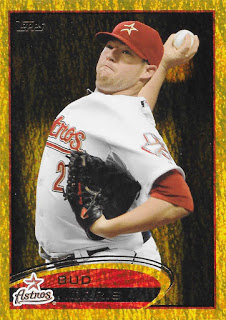 Alright, time to dive back into the backlog of trades that I need to post. This was a great trade from (checks folders) last May. Oof. It’s all better late than never, though, right?

I sent Jared (jrayes7of9 at TCDB) a fat stack of Heritage cards from 2014-2017, and in return he sent me a really great smaller stack of Astros, which is just what I wanted. There was sparkly stuff, short prints, and more. I mean, sure – this is just a Bud Norris card, but it’s a sparkly gold Bud Norris card!

Bud actually had a pretty good year with the Angels last year, and he just signed a contract with the Cardinals. However, we hate the Cardinals ’round these parts, so I can’t really wish him too much luck. 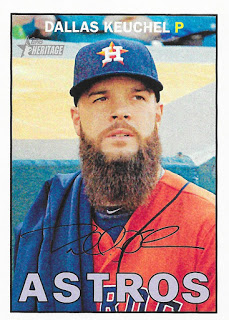 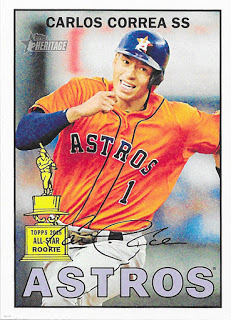 What’s this, just a pair of 2016 Heritage ‘Stros? Oh, no – these are high numbered short prints, y’all! That Correa was not easy to come by, so I’m really grateful for it. 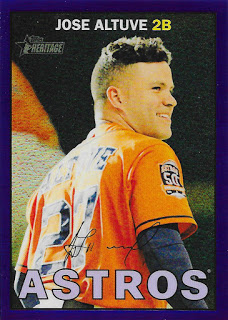 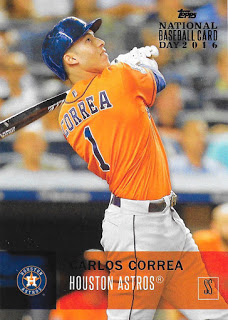 Plus, Jared sent over a shiny Purple Chrome Hot Box Refractor of Jose Altuve from the same set! This was a really nice score. That’s a 2016 National Baseball Card Day card of Correa. These are pretty rare as well, so it was much appreciated. 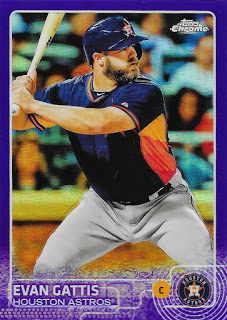 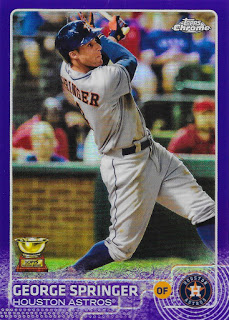 Sticking with the purple chrome theme, Jared also had these great purple refractors of Evan Gattis and George Springer from 2015 Chrome. They look absolutely spectacular in hand. 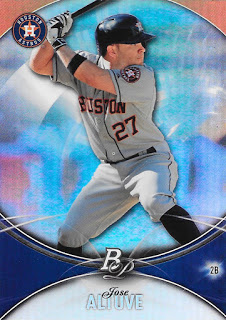 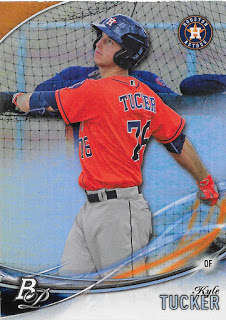 I’m pretty sure that Bowman Platinum was moved to hobby only, so I never saw any of the 2016 release. These were my first glances at the set. The overall design doesn’t blow me away, but picking up cards of the reigning AL MVP and the Astros top prospect do. 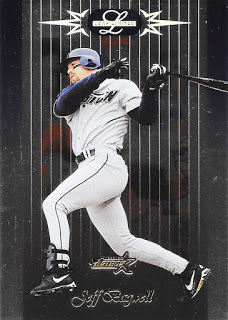 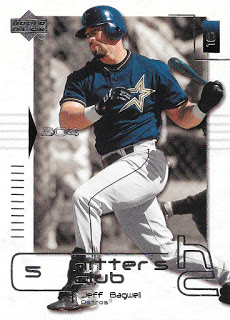 Jared even had some cool Bagwell cards for my collection. That’s 1996 Leaf Limited on the left, a really fine set that as I’m sure you can guess looks even better in hand. The right is from 2000 Upper Deck set called Hitter’s Club. I love those blue shooting star alternate uniforms. I’d really like the club to bring them out for a throwback night. 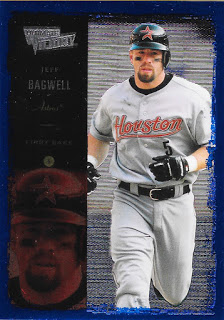 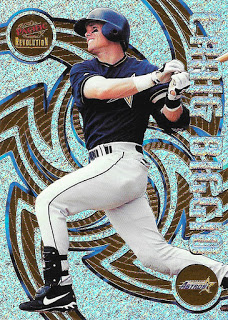 The last of the Bagwell cards was this 2000 Upper Deck Ultimate Victory – a silly set that was right in the vein of Topps Chrome – glossier, thicker, generally shinier cards of a base set. You probably didn’t even have to squint at the brand logo on the Biggio to know it’s a Pacific card. God I love the crazy stuff they put out in the late 90’s. 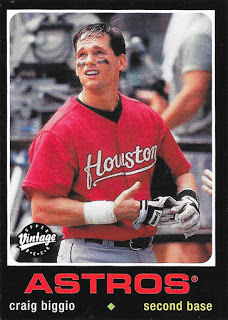 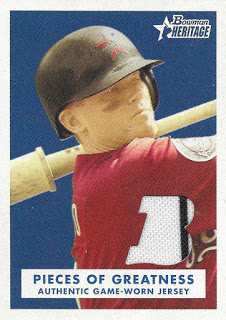 There were two more cards of the Hall of Fame second baseman in the package – first was a 2002 Upper Deck Vintage, which imagines what 1971 Topps would look like if the text moved below the image. I actually really like these now, although I recall being a bit peeved at them at the time. The best card in the package, though, was a bonafide Craig Biggio jersey relic from 2006 Bowman Heritage. I know it’s the Bowman B, but given that it’s a Biggio card I really dig the B cutout. Plus, it’s got a pinstripe! I mean, those were terrible jerseys, but it’s way better than a plain white swatch!
Thanks again for the great trade Jared! I’m building another stack of Heritage to send your way.
– Marc