by MarcPosted onMarch 1, 2018July 9, 2019
It’s Heritage time, y’all. I grabbed a handful of hanger packs yesterday, so let’s take a look at the goods. Nothing too fancy about this post. 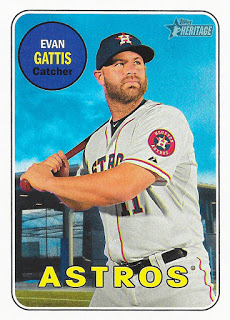 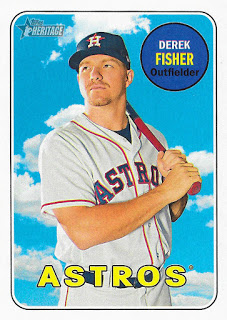 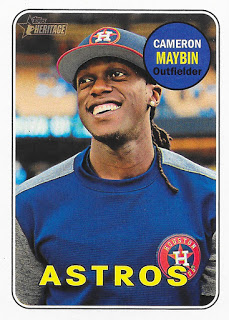 Hell, when Fisher’s beard is in, he’s practically indistinguishable from the other two. Might have to expand that to Brevanek McGattfish. This is starting to sound like a Game of Thrones character. I was pretty excited to see Cameron Maybin get an Astros card. He didn’t see much playing time during his short stint here due to the stacked roster, but he definitely made an impact. Plus, he’s a super-stand-up guy. Immediately upon coming to Houston, he embraced the city, and started doing charity work with his foundation. I know the roster is bursting with talent, but it’s a little bittersweet to see him gone already. 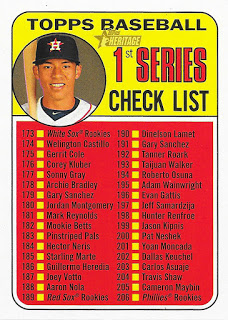 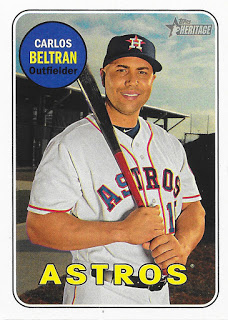 Two other things that I was ecstatic to see: bona-fide checklists, including an Astro, and a true sunset card for future HOFer Carlos Beltran. I’m hoping he doesn’t have a card in Series 2 of flagship, actually, because this is a much finer end of career tribute than anything that could be. 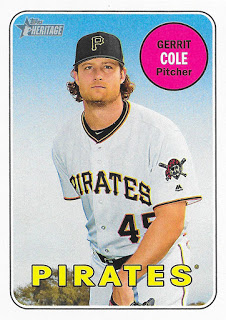 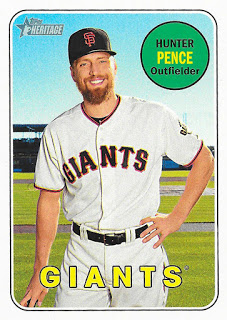 Oh, just the new acquisition and the friendly neighborhood coffee shop owner. Pence was hanging out there every day when they opened until he left for Spring Training. 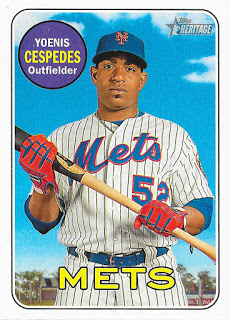 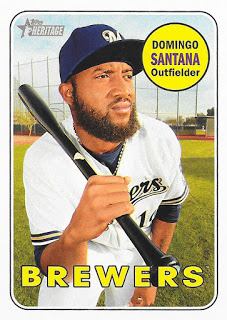 Cespedes is ready to do some damage with that bat, while the perspective on Santana’s card makes his look like a toothpick. 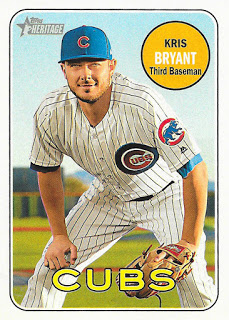 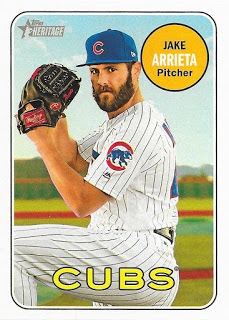 Da bears. Nice to pull another fine looking card of ol’ Blue Eyes. Arrieta’s cold stare wants to know why the hell he doesn’t have a contract yet. Hint: it’s Scott Boras and you’re probably not worth as much as he’s asking. 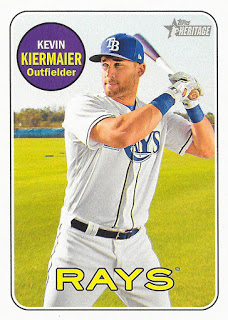 Kiermaier looks like he’s ready to hit a piñata, while Lindor looks like he’s about to run some lines. That’s a strange card on the right – posed in leadoff position, but clearly on a back field with lines?

Pulled some Deckles. Nick V. can tell you why they won’t be staying in the collection. They just pale in comparison to the originals. All up for grabs. 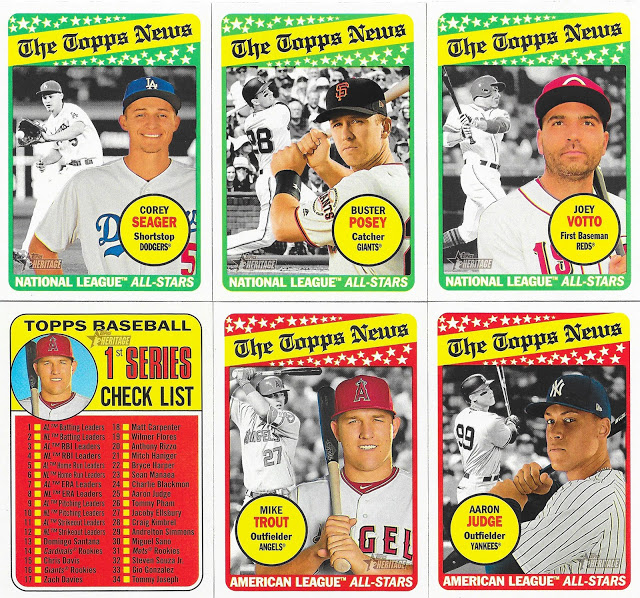 Pulled some Sporting, er Topps News All-Stars as well, and the Trout checklist. Photo reusage! I’m hanging onto the Posey, Trout, and Judge All-Stars for now. 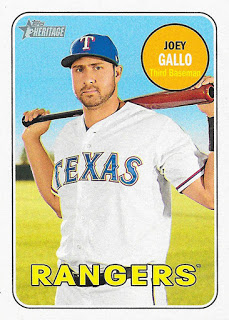 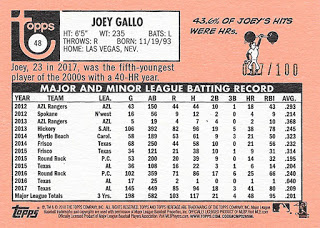 Mini mojo delivered a pint-sized Gallo #’d 17/100. These are always neat. I think I’ll hang on to it to for the moment. That is, unless some Rangers fan has something nice they’d like to swap for it. 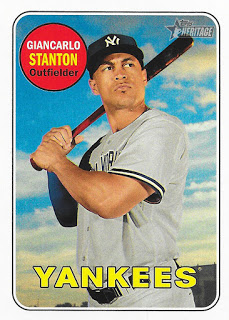 Pulled the two big Yankee bats as well. Judge-mania is way overblown, in my opinion, but this is a very nice card. It certainly doesn’t hurt to see the giant Rookie Cup there either. I’ll hang onto that for now. I’ve got a nice little Stanton PC, but there’s just something about this card that screams no thanks, so it’s available too. 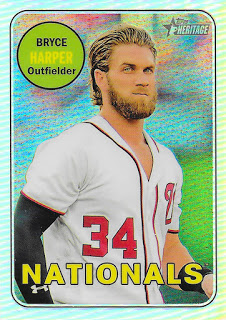 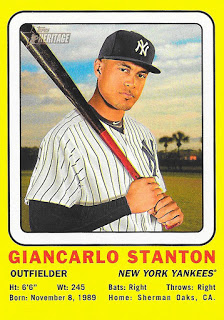 Big name hits! A Chrome Refractor of Harper (pulled the base as well) #’d 397/569 – I’ll keep that! And as much as I said I didn’t like the other Stanton card, I’ll file this one away with the keepers. Maybe it’s the pinstripes instead of the road grays, but I think it’s the throwback to the Transogram statue design. It’s different, and that’s what makes its case to stay. 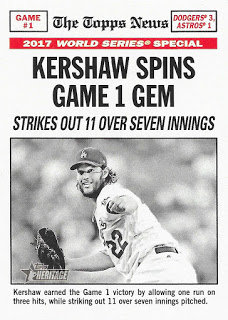 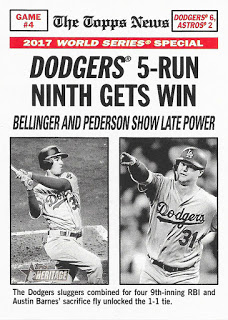 Ah, the World Series subset. These are superb looking. Of course, I pulled two Dodger victories, but no matter – I’ll need the whole run of them of course. 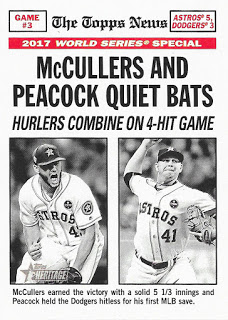 I did land one of the four Astros victory cards, however, with this excellent Game 3 celebration. Love the Houston Strong patches on the uniforms, too. I’m going to try and find dupes of all the Astros cards from this set, so that I can file them in the team binder.

Am I going to buy a bunch more of this? Probably not, but I wouldn’t be too surprised if I come home with a couple more hanger packs. Overall it’s a nice set. I won’t build it – trying to pare things down a bit, but I’ll find some keepers and put the rest on the trading block.