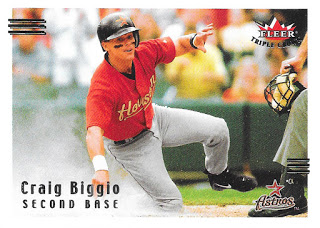 As you well know, there’s plenty to post around here, and I’m trying to head things off at the pass before the backlog gets even bigger. Your friend and mine, Chris of Nachos Grande held another fantastic Group Break this month, compiling several older boxes of sweet cardboard. Seeing an opportunity to pile up some missing ‘Stros, I jumped in right away, and just like Craig Biggio here, I scored.

That’s from 2002 Fleer Triple Crown, by the way, a very nice looking set that has great photos. After this break, I’m only missing a single base card from the Astros team set! Richard Hidalgo (#68) is the rogue card, if you were wondering. 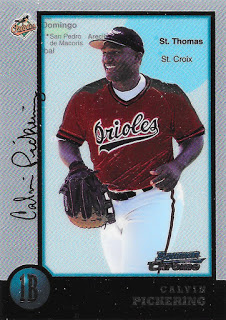 Before I dig into some of the Astros highlights, let’s take a look at a few cards that came in courtesy of everyone’s friend, the Randomizer. I drew the Orioles, which was a really nice second team. I’ve already passed most of the cards onto Cliff, aka @OriolesRise, but let’s have a look at what he missed out on er, I kept. First is a Calvin Pickering International parallel from 1998 Bowman Chrome. I got to see Calvin play at AAA Rochester on the giant baseball road trip we took in 1999 (I swear I will write about it someday) – not once, but twice, as we saw Rochester play an away game as well. On the trip I met Calvin and Ryan Minor in a hotel lobby playing pinball, and they both signed a few cards for me. Talk about a pair of giants – Pickering was listed at 6’5″ 283 lbs. and Minor was a much leaner 6’7″ 225 lbs. I also really dug this Chris Davis insert from 2017 Donruss Optic. 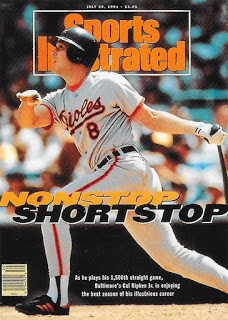 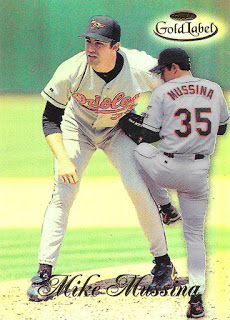 I hope Cliff doesn’t get too sad about what he may have missed, but I only kept four O’s cards out of the stack. The other two were this fabulous Ripken from 1997 Sports Illustrated – a phenomenal set that I was really excited to see in the break. This was from a subset of old SI covers in the checklist. The last O was a lovely Mike Mussina from 1998 Gold Label, hands down one of the most beautiful sets Topps has ever issued.* Definitely goes in my Moose mini PC. 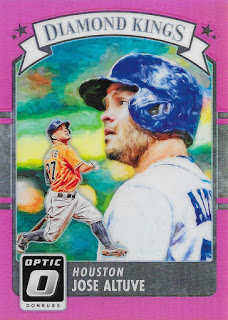 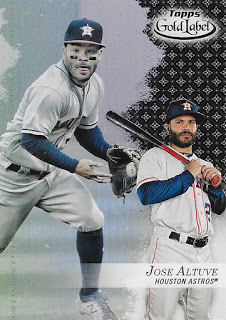 But the ‘Stros were where it was really at, of course. Given that the club just signed him to a fat extension (hell yes, get yours José!), I’ll lead off with these two parallels from 2017 Optic and Gold Label. The Gold Label is a Class 1 Black parallel. I’m so happy the team actually shelled out some dough to keep Altuve around for the long haul. His extension runs through the 2024 season – his age 34 season, and makes up for the fact that he was on the most team-friendly contract in baseball given his player value. 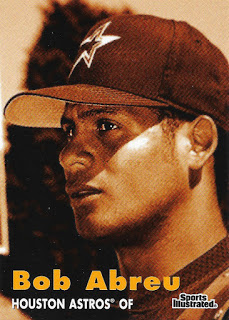 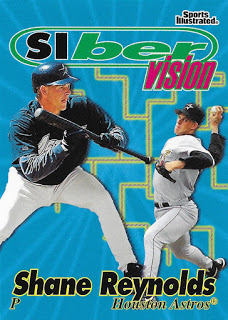 I mentioned that 1997 Sports Illustrated set, and I netted a pair of Astros from that box as well. I was a little surprised to see these were base cards when I went to catalog them, as I figured they were inserts. The Abreu comes from a set of rookies/prospects in the beginning of the checklist, while the extremely period-appropriate SIber Vision card is from a rather long subset – I think it was about two cards per team when I looked. Very cool and different. 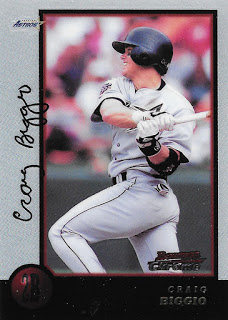 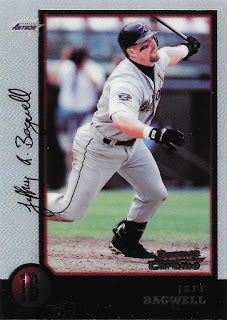 I racked up with a five-spot of 1998 Bowman Chrome needs as well, including some most welcome Killer Bs. 1998 Bowman was a great set. 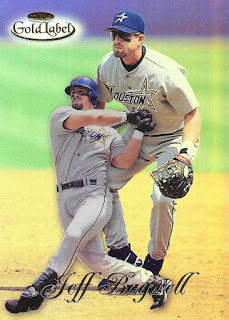 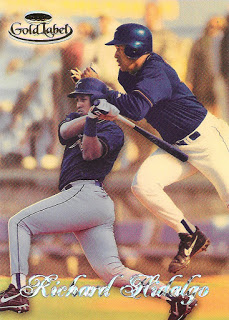 Of course, though, the highlights of the break came from my favorite set in it – 1998 Gold Label. That’s a Class 1 Bagwell, and I was really happy to add that one. I’m only one Class 1 shy of the “base” set now – #5 Craig Biggio. The real score, though, was that Chris pulled me a Class 2 (hence the sparkly silver text) parallel of Richard Hidalgo – my first parallel from the set. The different classes can be distinguished by what type of poses are featured, but the easy method is the name text. Class 2 has “sparkly silver” and Class 3 has “sparkly gold” text, as opposed to the standard gold foil of Class 1.

Thanks for hosting yet another awesome break, Chris! Cliff, I hope you like those Orioles – there were some good cards in there.