Overdue post time! One of my favorite and earliest trade partners upon starting up this blog has been everyone’s pal, Gavin at Baseball Card Breakdown. Back in October I’d sent a big brick of Padres his direction, and he followed up in November with a smaller but outstanding package of hits – a really cool assortment that blew me out of the water. Let’s take a look at all this good stuff from Gavin! 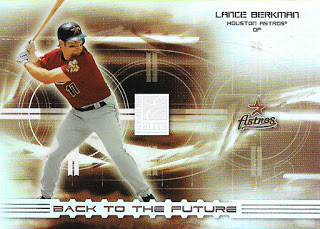 First up are a pair of Lance Berkman cards. The one on the left is a shiny Back to the Future insert from Donruss Elite, and it’s numbered #54/1000 – always cool to get a lower number, even on a higher print run. The other is a Zip Code parallel from the superb 2013 Hometown Heroes set – these were pretty hard to come by, if I recall. I was really surprised to see it. This is my first zip code card; I’ve also got the State parallel of Dickie Thon from the set. 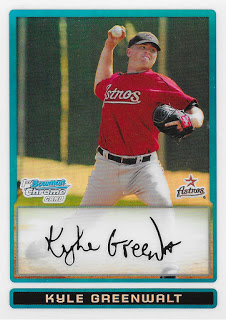 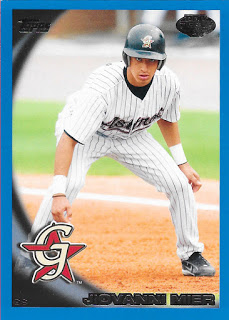 Next up, a pair of numbered minor leaguers. The late-aughts Bowman sets all run together for me, especially when it comes to the Prospects cards. This Bowman Chrome of Greenwalt is #114/500. On the right is a blue parallel of former 1st Round pick Jio Mier – a talented kid who got blocked by Carlos Correa and then shelved once Alex Bregman broke onto the scene. One Tony Kemp started hogging middle infield time too, and well, he just never quite panned out. That one’s #70/259. 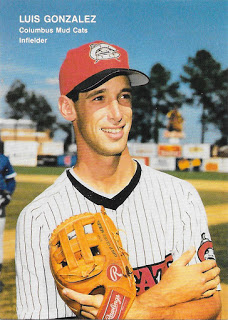 Speaking of minor league cards – this super-swell Gonzo is from the 1990 Best series. I accidentally nabbed a second copy at a card show this year, but now that means I get to send one off in the mail to be signed! Gonzo is great TTM, and I love getting the minor league cards signed from some of my favorite dudes. 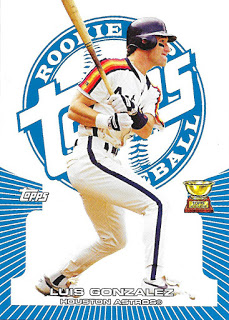 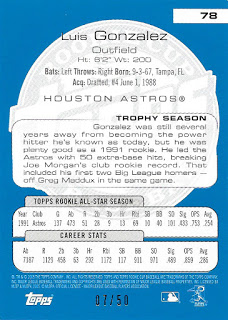 More Gonzo from Gavin! This here is from the nearly endless 2005 Topps Rookie Cup set, and it’s a beautiful blue parallel, #7/50. This set might be completely bloated with parallels, but this card is waaaaayyyyy cool. I love a good Blue parallel. 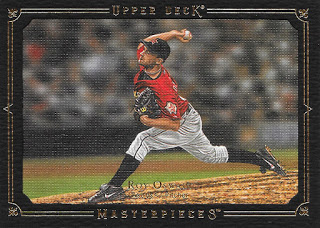 Here’s another one of my favorite types of parallels – framed cards. The 2008 Upper Deck Masterpieces set is extremely well done, and the black frame parallel takes an already classy card and just makes it impeccable. 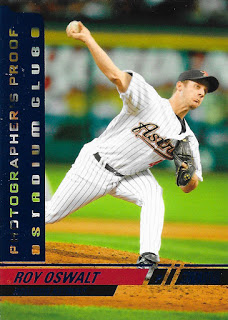 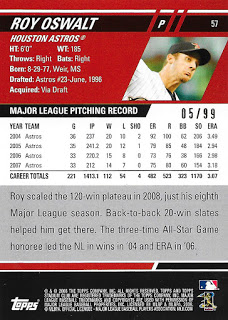 Gavin also sent along a photographer’s proof parallel of Oswalt from 2008 Stadium Club. He really does know my love for parallels. This sweet baby is #5/99!

There was a little bit of ink in the package as well! This Brian Bogusevic autograph comes from 2011 Bowman Chrome, and now resides in the Astro-graphs binder, fulfilling his slot. Previously, there was a 2006 Bowman Signs of the Future insert in this space, but it’s a sticker auto and it dates back to Brian’s days as a pitching prospect, before he was converted to an outfielder. This is a much nicer option. 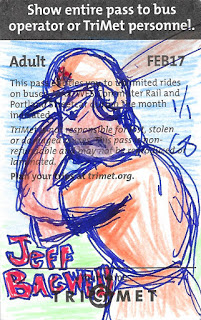 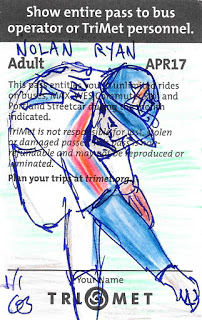 Finally, it wouldn’t be a Gavin package without some swell customs in the mix as well. I’ve been sent everything from homemade customs to DIY glow-in-the-dark cards before, but these sketch cards on repurposed transit tickets are really neat additions to the oddball box of my Astros collection. Thanks again Gavin!

0 Replies to “Belatedly Breakin’ Down Some Cards”