I’ve gotten several packages in recently, everything from single card PWE’s to unexpected 250 count boxes. I’m going to highlight some of the smaller ones today in my never-ending quest to get back on track with this blog.

First up was a lone card PWE from PK Steinberg of Baseball Every Night. He offered up some Mike Greenwell cards on Twitter, if I remember correctly, and I spotted this 1988 Toys ‘R’ Us Rookies card. Mike’s been on my to-write list for a while, and I love me some late 80’s oddball box sets, so I chimed in and said I’d take it. I still haven’t decided where it is going yet – either in the mail or in the oddballs. 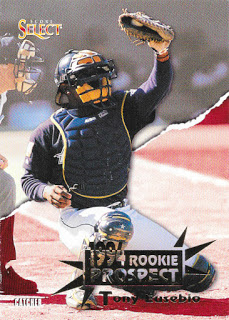 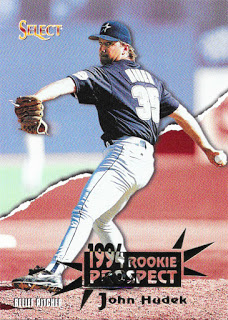 From one of Colbey’s Affordable Group Breaks which I wasn’t quick enough on the draw to join, I landed some 1994 Select dupes of the Astros. If I recall right, Sam of the Daily Dimwit grabbed the ‘Stros, and offered to send me the dupes. That landed me two more off the checklist for my binder, and now I’m just missing Shane Reynolds, Steve Finley, and Craig Biggio. I’m not sure if these were sent from him or directly from Colbey, but thanks! 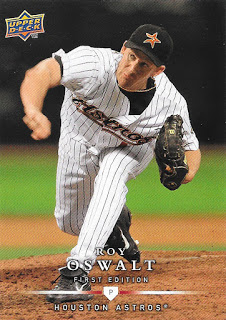 Finally, here’s a few from a small eBay purchase back in May. One of these popped up in a saved search, and I looked around to see what else the seller had. They each went for the starting bid of 50 cents plus another 50 cents in shipping – so $3 total.

No, this 2008 Upper Deck First Edition Roy Oswalt was not one of them – the seller threw in an extra and it just so happened to be a card I needed! 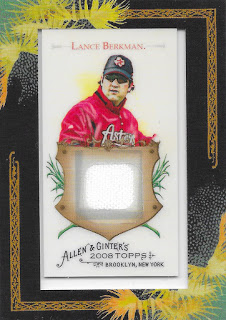 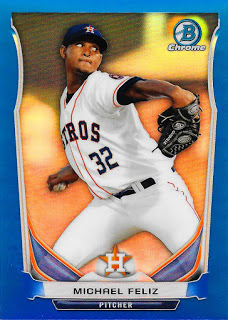 First up, a Framed Mini Relic of Lance Berkman from 2008 Allen & Ginter. That’s a, well, less than flattering photo of Lance, and a tiny piece of white fabric. But hey, it was a buck! The Feliz is a blue parallel from 2014 Bowman Chrome, and is #184/250.

The last card in the purchase was this Mitch Meluskey from 1999 SP Signature Edition. Mitch was supposed to be our hot-hitting catching prospect at the turn of the century, but it never really worked out. I’ll pick that up for a buck, though!