While I was away in Nashville over the end of June/beginning of July, several packages of cards found their way to my doorstep (or P.O. Box, where I have many of my cards sent). A couple were expected, some less so. These came from Matt of Diamond Jesters, a relatively new blogger to our community. He’d come across some junk wax cards at a Goodwill and noticed something that unbeknownst to him intrigued me, so I reached out. More on that in a bit. 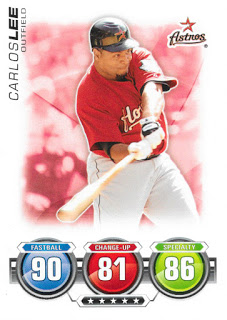 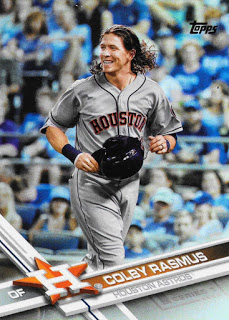 First, let’s take a look at the bonus cards that arrived in Matt’s PWE. The Carlos Lee is from the actual Topps Attax set in 2010, and not one of the code card inserts from the flagship set that year. The most frustrating thing about these is the lack of any card number. There’s no real intuitive way to deduce how you ought to be playing if you’re lacking the rules, either. But, I needed this Carlos, so it was very much appreciated. One of my favorite parallels from the recent Topps releases are the Holofoil/Rainbow Foil cards. While 2017 is a fairly ugly design, this Colby Rasmus looks much better popping off of that shiny surface. 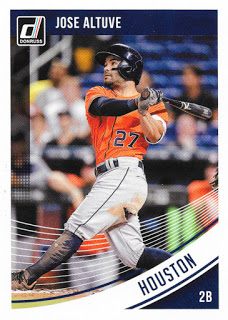 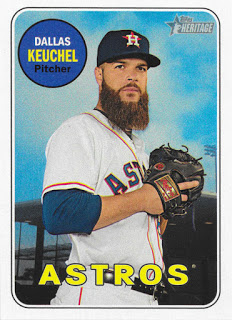 Matt also found a pair of ‘Stros I needed from 2018: a Jose Altuve from Donruss and a Dallas Keuchel from Heritage. Thanks Matt!

But I’m sure you all want to know what intrigued me so much in the first place, right? 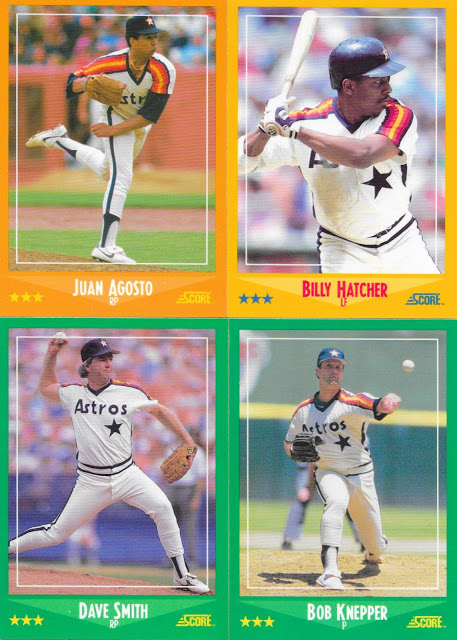 Boom! 1988 Score! Wait, what? While I love this inaugural year set from an underrated manufacturer, I’m not building it and I’ve had the Astros done for a long time. I actually was building this at one point, and got up to about 2/3 done before I decided to really examine what I wanted to build and move some cards out. What Matt had mentioned in his post, though, was that he came across a stack of GLOSSY cards from this set – and lacking any of these (which equated to the fancy factory set/Tiffany versions that Topps and Fleer had been releasing), I crossed my fingers and hoped there would be a few. So yes, the cards I loved most out of this little PWE were these four junk wax beauties.

Thanks Matt! I have a little return fire sitting here on my desk. It’ll likely get dropped off at the post office this week.