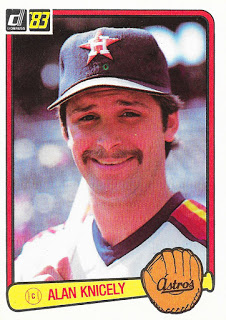 Aw, shucks – you mean I’ve neglected to post about this trade for nearly 8 months now? Well, I certainly am sorry – I, uh, just got caught up in all of the… I mean, what I meant to say is… Well, I’m trying to take care of it now and I just… Er.

Look, Alan Knicely is sorry, he really is. He also may or may not be planning the best way to chop you into little pieces and serve you. That is really neither here nor there. This post is 8 months overdue, however.

This is a short little trade post that should have been put up in October, shortly after this TCDB trade with herbinator. I put together a pretty good pile of early 90’s baseball and football cards, and in return he sent a nice little package with some rarer offerings – and this ’83 Donruss Alan Knicely.

Let’s take a look at some of the other highlights! 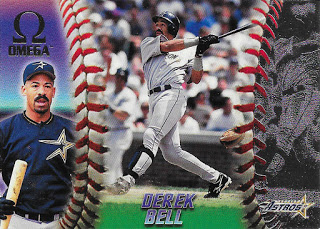 Ooooh, Pacific! This was the newest card in the package. I rather liked this wild n’ crazy offering of Pacific Omega. This was peak Pacific.

There was a trio of stickers from 1983 – and not just any stickers at that, but O-Pee-Chee stickers! Here we have Art Howe, Ray Knight, and Terry Puhl. 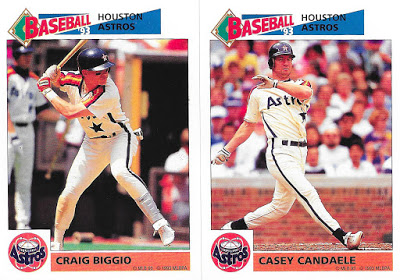 Those weren’t the only stickers he sent my way, however. There was also a nearly complete team set of 1993 Panini stickers! I’m only missing the Astros logo, Eddie Taubensee, and Jeff Bagwell now. 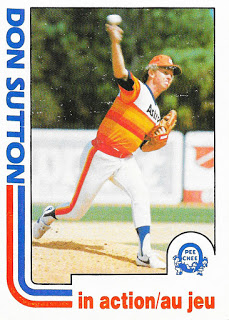 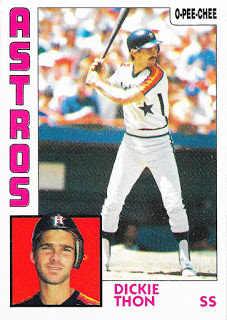 It wasn’t just OPC stickers, either! The oldest card in this package was the ’82 OPC Don Sutton “In Action” card. Or “Au Jeu,” which should most certainly not be confused with Au Jus. He also sent along seven cards from the 1984 OPC set, including this rather classy Dickie Thon card. 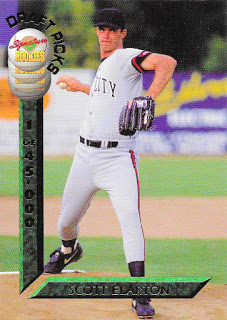 Finally, there were a couple cards from the “limited edition of 45,000” Signature Rookies Draft Picks set from 1994. How can that not excite you? This one is my main man Scott Elarton, whose kindness to a young RTA down by the Astrodome bullpen has been mentioned many times on this blog.