by MarcPosted onAugust 3, 2018July 9, 2019
It’s that time again! I don’t have anything particularly insightful, whimsical, or revelatory to say, other than another month has come and gone. So here’s the TTM Report for July. It’s short and sweet. 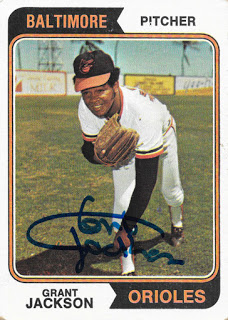 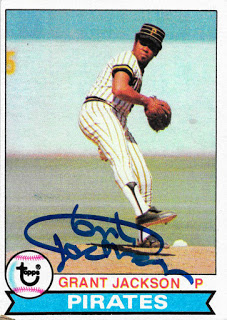 Grant Jackson: 5/4, 6 days.
My first return in July was a good one. Grant Jackson had a lengthy pitching career that spanned from 1965 to 1982 that saw him as both a starter and a reliever. He made the All-Star team in 1969 with the Phillies, and pitched in three World Series. He was on the wrong end in 1971 and 1976 with Baltimore and the Yankees, respectively, but finally got a ring with the Pirates in 1979. I’d seen many successes with him, so when I had the opportunity to pick up the 1979 Topps in a trade, I jumped at it. I certainly didn’t expect such a quick response, though. 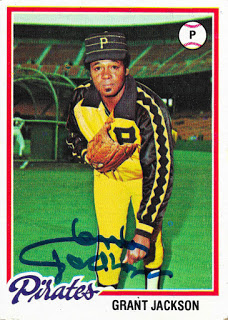 Before I sealed the envelope, I found another pair of Grant’s cards to send in it, and these are my favorite two from the return. I had made sure to check TCDB real quick to see if he was in the 1981 Fleer set, which nets me another signature for my semi-chase of it. The 1978 came from my recent trip to the card shop in Nashville. I was flipping through a box of ’78s when this one leapt out to me thanks to Grant’s amazing warmup jacket. Mr. Jackson also signed an index card for me. 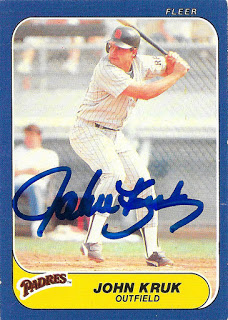 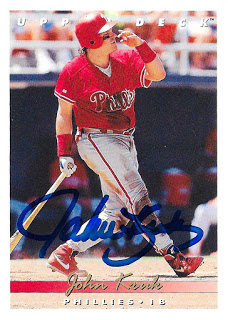 John Kruk: 2/2, 357 days.
I sent these c/o the Phillies after I saw some successes reported last year. Based on the flood of Kruk sigs that hit Twitter on the same day as mine, it seems like John may sit down with all his mail at the end of July and then send everything back out at once. Or maybe he just lets his outgoing mail pile up and takes it all at once. Either way, he has a fantastic signature. I don’t quite recall how I got the ’86 Fleer Update XRC (remember that term?), but it was a no-brainer for this request. I think the ’93 Upper Deck was in a big box of cards that I got from Trevor when I took in his collection last year. 1993 Upper Deck is a sublime set.
And that’s it! Just two returns for July. Maybe I’ll get off my keester and write a few more requests in August so that my mailbox starts seeing some more goodies.