by MarcPosted onSeptember 10, 2018July 9, 2019
It was a busy weekend ’round these parts when it came to cardboard. I received a couple trade packages, a great virtual dime box sale lot from Jenny, and even hit up the card shop for a real dime box dig. Those last two will get their own posts, but here’s a quick tip o’ the cap to a couple trades that slid into the mailbox this weekend. 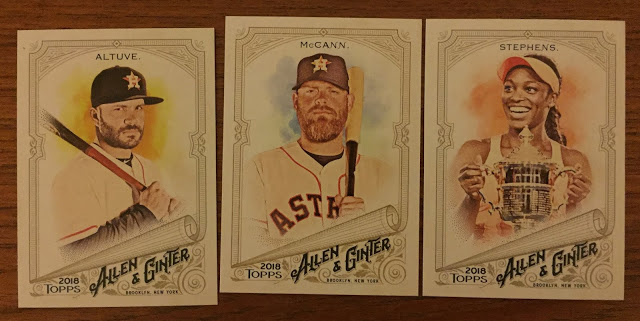 First was a TCDB trade with Dave, whose handle over there is Soldan. TCDB is kinda fun, because you often don’t learn the name of the person you’re exchanging proposals with until the deal is finalized. Once we both accepted the trade, I realized that I’ve seen Dave in some cardboard chatter on Twitter. He had a few new A&G cards I needed, including the sweet Sloane Stephens. Tennis is probably my favorite individual sport – I wish I could find a consistent sparring partner here. In exchange for this trio, I sent a few A&G needs and a small stack of 2018 Series Two cards to Dave. 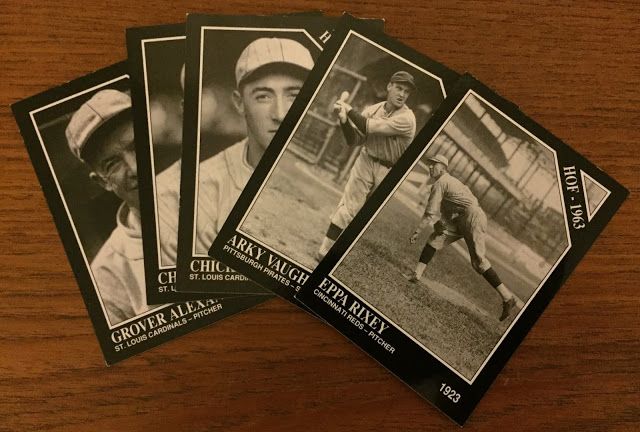 Dave also threw in some HOF extras from the 1991 Conlon Collection set as padding. Arky made the collection, the rest have already been put into new trade packages. Thanks Dave!

The other package that showed up was from our friend Chris of the Big Nachos. I’m sure you’re all familiar with his quest for all the minis. I’d sent him a little package including a handful of his mini needs from 2018 Ginter, and in return he sent some Ginter back my way! These four moons leave me needing just Titan to finish off the set.

Chris also sent a quartet of the Baseball Equipment of the Ages inserts, another insert I’m working on from this year’s model. I’m up to 13 of these now, so I should probably put up a want list. 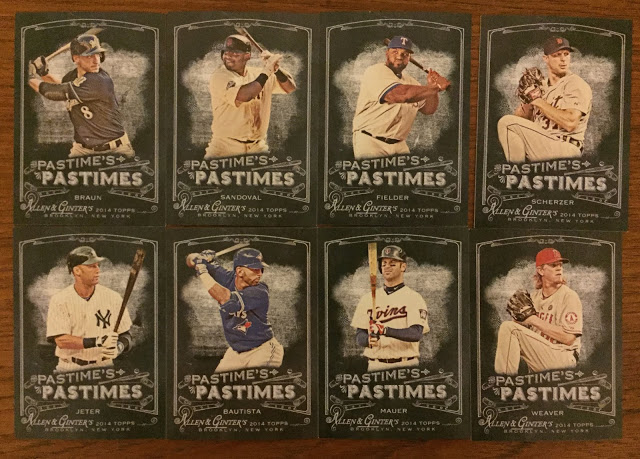 Chris also served me a dose of Ginter from the past. Yes, I’m still (passively) working on the 2014 Pastime’s Pastimes insert set. Yes, it’s a bloated, 100 card monstrosity of an “insert,” but there’s just something about the chalk, the border, and the black background that I can’t help but love. These 8 pushed me over the halfway mark – I’ve got 55 of them now! 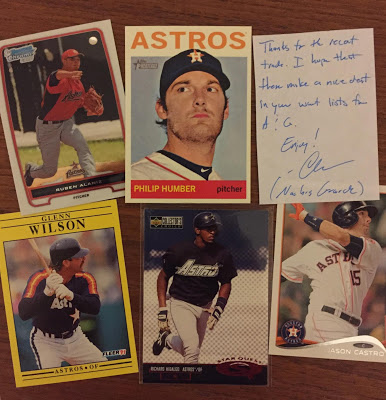 Finally, Chris also threw in a few Astros to round out the package. Thanks again, and good luck with all those minis! 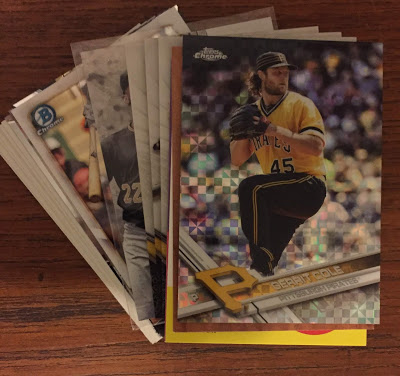 I also took in one more pile of cardboard this weekend that I didn’t mention up top. I’ve mentioned before that my dad is from Pittsburgh, and that he still collects. He’s what you would call a Clemente supercollector. In addition, he picks up Stargell and Mazeroski cards, and whenever I drop through their house, he’s always asking if I’d like the padding that came with the cards he’s grabbed off eBay. It’s usually Pirates, sometimes there are Astros too, and there’s often some assorted new set fodder. This pile was mostly new Pirates and a pack worth of 2018 Heritage. The Cole X-Fractor from 2017 Update is a keeper, with the throwback uni and pillbox hat.

I won’t bore most of you with the details, but this trio was pretty neat. It’s the first time I’ve seen any of 2017 Tribute in person. I’m keeping the Clemente for my PC, McCutchen and Marte are both up for grabs. While I was flipping through the stack I remarked to my dad how strange it was to see Andrew clean shaven and in pinstripes. Dad agreed.
Sometimes I think about Dad’s collection, and I wonder if I should even bother having a Clemente collection of my own. In all likelihood, I’m going to wind up with a very hefty set of Roberto cards someday (far down the road, hopefully), but it is something I ponder from time to time. Then I think about how incredible the man was, and how it won’t hurt to have a few dupes that I’ll need to pass on to another collector someday. 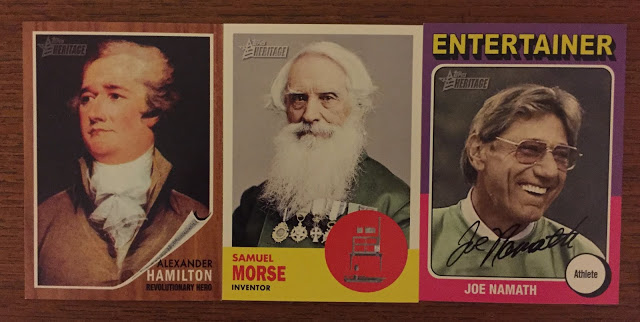 The most intriguing cards in the bunch, however, were these. At first, I thought they were some Heritage inserts I’d never seen. Then I looked at that Joe Namath. Entertainer? Wait, Topps hasn’t done the ’75 set in Heritage yet. These really puzzled the hell out of me. It turns out, they’re from the 2009 Topps American Heritage set. They’re also up for grabs, if anyone is interested.

As I said, there’s more to come from the weekend – and of course much more I still need to write about from 2018. Time to go work on whittling down that draft folder.

0 Replies to “A Very Cardboard Weekend”