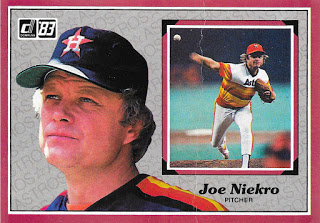 It’s Greg Week here at RTA! The last two posts were about packages that came from our pal Greg G. at Night Owl Cards, and today we have a package from Greg A. over at The Collective Mind. It’s a small but sweet envelope of goodness that arrived back in April. I don’t recall any commenting or backchannel negotiations that kicked this off, so I’m pretty sure that Greg A. sent these out of the goodness of his heart, which is awesome. Also, looking back at my trade log spreadsheet, it seems that I need to send something back his way as a thank you. Hopefully I can get to that soon!
The biggest find in this envelope – pun fully intended – was this 1983 Donruss Action All-Star of Joe Niekro. I think most casual fans think about the Astros staff in the 80’s and come up with two pitchers in mind – Nolan and Mike Scott. Some more versed fans might recall that Don Sutton spent a little time here, and will remember J.R. Richard. But the staff was deep, including the regular Joes – Niekro and Sambito. 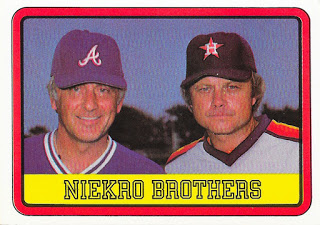 Those who don’t know much about Joe probably at least realize that the knuckleballer has a famous older brother. This card is part of the 1983 Donruss set, despite the fact that it looks nothing like the rest of the set. 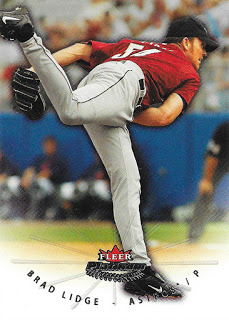 There were a couple of nice Fleer Platinum cards from the mid-aughts in there, including Brad Lidge and Andy Pettitte, key arms for the 2004-05 seasons. 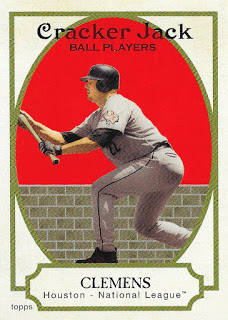 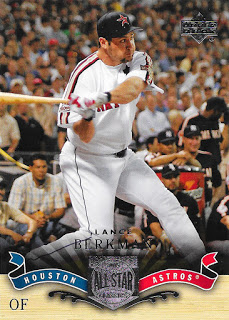 These two were really neat as well. You don’t get to see too many cards of Roger Clemens bunting, after all. The Berkman features him participating in the Home Run Derby in 2004, when the Astros hosted the All-Star Game at Minute Maid Park. Lance mashed 21 homers and finished second to Miguel Tejada. I think he would have benefitted from the new format. 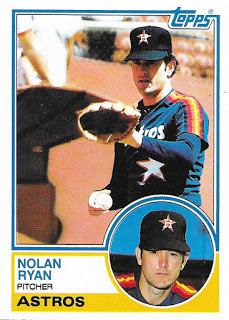 There were plenty of stars in this little package, but I’ve saved my favorite card for last in this post. Greg sent over one very special Nolan Ryan card. What’s so special about a 1983 Topps, other than its iconic design, you may ask?

Well, this very card finally finished off my ’83 Topps needs for the team set, and I’d been stuck on it for a good while. That’s something worth celebrating for sure.

Thanks again Greg! I’ll dig through those want lists and see what I can come up with.