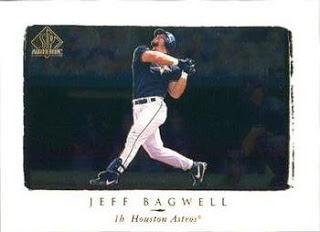 This place has been mostly trade (and occasional TTM) posts of late, and I wanted to squeeze in a little update on this space in general. It’s not a full-blown State of the Blog address – I’ll do that in January – but it’s time to do a bit of catching up on all the stuff that’s not just catching up around here.

First thing’s first – the want list. This puppy has seen maaaajor updating this year. In fact, it’s fully-fledged through 2017, so I’m going to say it’s finally up-to-date. I’ll do full 2018 Astro listings come 2019, I think, though I may go ahead and put the base card needs in the spreadsheet.

Second: I have some fun series that I’ll be starting/resurrecting pretty soon. All Them Astros will be back in short order; I have a ton of team sets to post about. I want to start doing some stories about some of the memorable autographs I’ve picked up along the way, as well.

I was hoping to be caught up on trade posts by the end of this month, but it looks like I’ll probably have to bleed that throughout December thanks to some more recent trades and a week-plus of hell at work. I do plan to do a countdown of my favorite non-trade pickups from the year next month, though. Finally, I’ve been meaning to start up a Custom Shop series for quite some time.

Which leads me to the last bit I wanted to talk about today: customs!

Not just any customs, either, but my Astros DocumentaryNow* set that I’ve been working on since about the middle of the season. So let’s talk about the design!

*I’m really not fond of that name; I should try and find a new one. Suggestions are welcome.

First, the fronts: what you’re seeing is a revision of one of my favorite late-90’s sets, 1998 SP Authentic. See that Bagwell at the top of the post for reference. 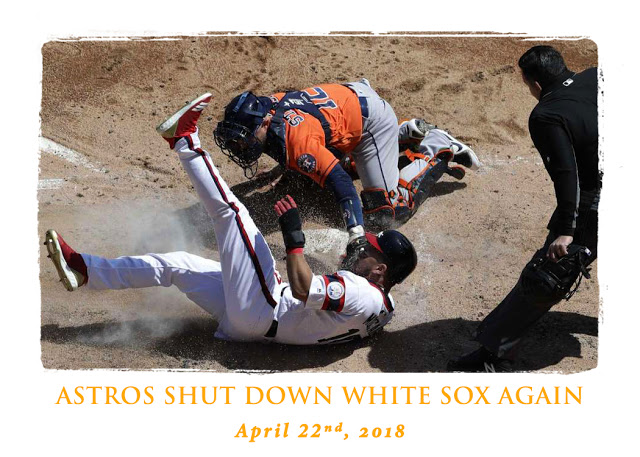 And here’s a couple vertical versions: 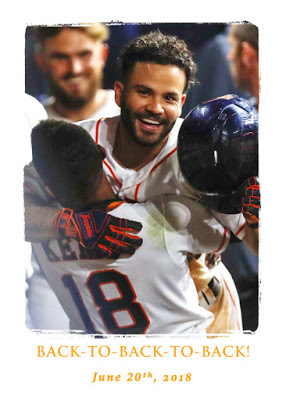 Now, let’s talk backs. I sweated over what to do here for a good long while. Eventually, I broke down and asked Nick V. what his Giants version looked like. Not only was he gracious enough to supply a file, but also he was willing to pretty much let me rip it off wholesale. I made a few tweaks to the color and some text layout, but overall it remains fairly true to his original take. 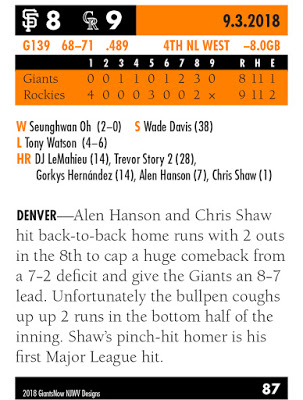 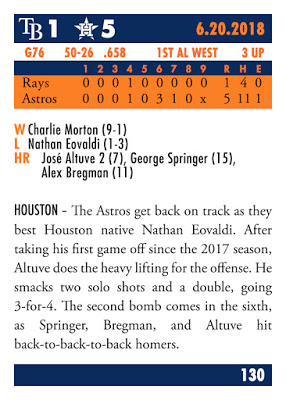 That’s the “game highlight” version – and yes, I’m doing all 162 games + postseason (sigh). Yes, I said doing – I’m only a little over halfway through the season so far. I’ve got games 1-85 complete. For the rest of the season, I have approximately 25 other fronts made, and I have backs completed except for the quick recap graph. Thanks to the good lords at B-Ref and the AP, these are pretty easy to throw together at this point. It takes me 5 or so minutes to peruse the game story and whip up a few sentences for the card, and probably about 10 minutes to flip through the photo gallery, grab an interesting shot, and make the front. 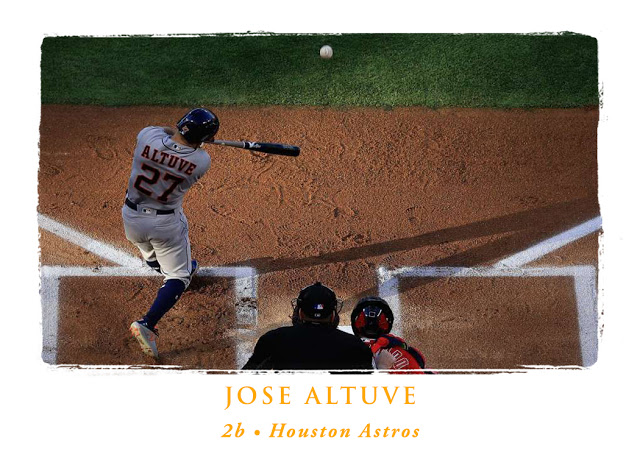 The cards for the player roster – and coaches – are cards 1-54, and they are most definitely not finished yet. One reason is I haven’t taken the time to sit down and work out what the back looks like. It’s going to build off the layout of the Game Highlight cards. Mainly, I just need to set up what statline I’m using – and whether I want to get ambitious and do fielding stats, or perhaps Statcast numbers as an added twist. 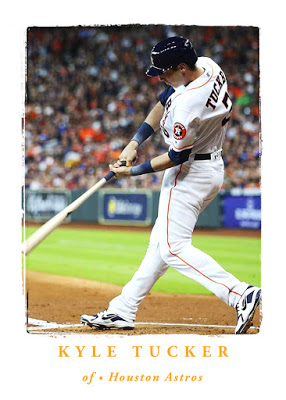 The fronts of the player cards will have largely the same layout, except the player name is substituted for the “headline” and you’ll get position/team name (yes, I know it’s an all-Astros set and that is redundant but whatever) where the game date is. These are some placeholders. 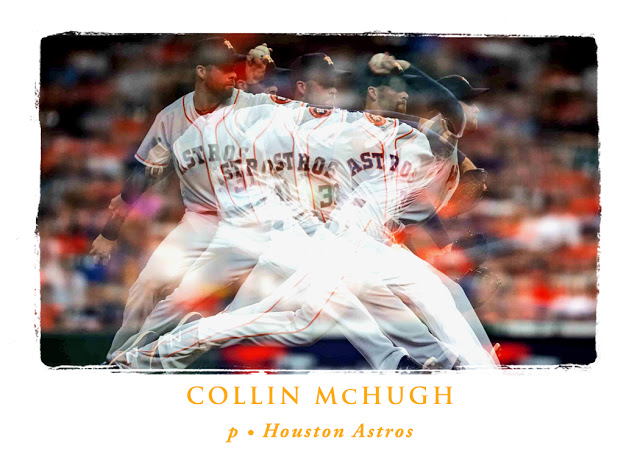 Hoo-boy! There are some real tough photo choices, that’s for sure. One reason I’m trying to hold off on these until after the game cards are complete is so that I’ll have been through all the galleries.

I also made cards of the players that were selected to the All-Star squad, which adds 6 more, plus an ASG manager card for A.J. Hinch, which brings me to 7. I was thinking about another highlight card for the game given the starring role Springer and Bregman had, and one of Bregman for his MVP selection. So there’s another 9 cards. The ASG cards were based off the Future Watch rookies subset in the original ’98 SP Authentic set. I haven’t decided if I want to try and swap out the photos for actual ASG shots where available – I made these when the selections were announced. 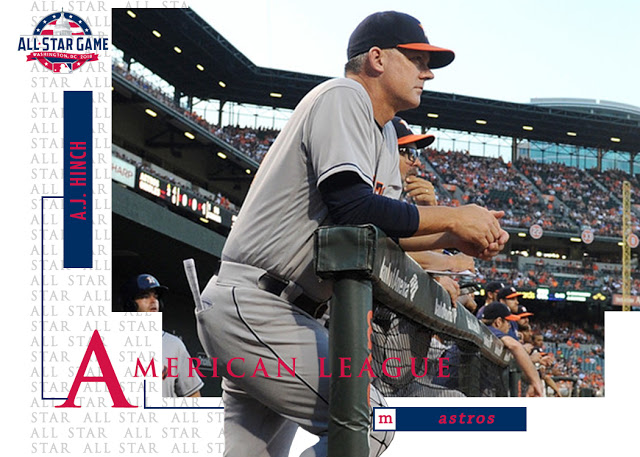 Oh, but what about other awards? Keuchel was awarded another Gold Glove, and Altuve a Silver Slugger. So if I want to keep this as a true paginated set, I need to come up with another seven cards. Let’s try and tackle this.

I’m grasping at straws a bit with the last couple. I suppose I could always make cards of the GM and owner, or something. Again, suggestions are welcome.
At any rate, there’s going to be a large amount of Bregman cards in the set.