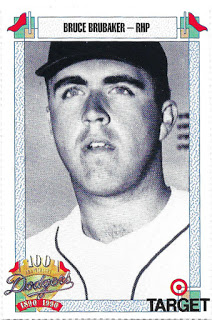 As mentioned in yesterday’s whopper of a post (which you should really go read if you haven’t already, it’s a fun one), I bought a little bit of stuff on the ol’ Bay here and there throughout the year. I haven’t shared much of it at the blog due to my never-ending trade backlog (what a fantastic problem to have, I suppose), so I thought I’d do a year-end rundown of these finds as a way to help clear out my scans and highlight just what I came across.

Welcome to the Brubaker’s Dozen Finds of eBay. In true baker’s dozen fashion, this will be your bonus post, so to speak. It’s full of a scattering of honorable mention items that weren’t quite list-worthy on their own. Without further ado, here are the honorable mentions.

I’m going to cheat a bit right off the bat here, and show off a few cards that were part of a Sportlots order that I made back in July. The main point of that purchase was to pick up a few items for TTM hunting, but I couldn’t resist throwing a few more cards into the bucket. Namely, this Bruce Brubaker from the massive 1990 Target Dodgers set. Bruce has been “Panini’d” here, as he’s almost certainly shown in his Tigers uniform. I still need to do the requisite familial research (perhaps I’ll have time over the holidays), but there is a chance that we are distant relations of some sort. Aside from the buyback versions of his ’65 and ’67 Topps issues, the only other card of his which I am missing is his issue in the 1994 Miller Brewers set. 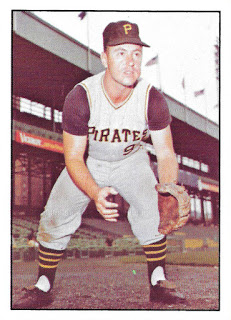 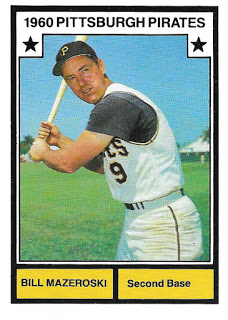 I had taken the time to browse for some new Mazeroski oddballs to add to the PC, and wound up with these two TCMA issues. On the left is a card from the 1978 TCMA Stars of the 60’s set, and on the right is Maz’s entry from a 1987 issue highlighting the 1960 Pirates. I’d had the team set for a while, having picked it up in a trade, but wanted to add a copy to the binder. 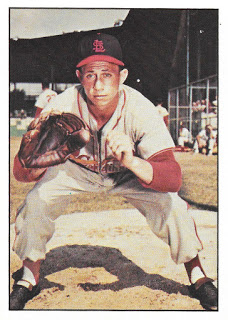 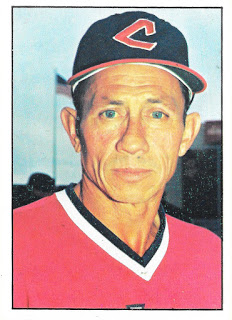 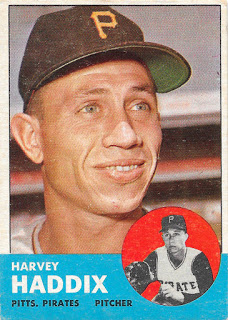 In the same vein, I picked up a few Harvey Haddix cards for my collection of the Kitten. The Cardinals card is from the 1979 TCMA Stars of the 50’s set, while the Indians card comes from the 1976 SSPC set, depicting Haddix during his tenure as a coach with Cleveland.

Last, but certainly not least, I found a (very!) nice and cheap copy of Harvey’s 1963 Topps when perusing cards from sellers that I was considering ordering from. What a beauty!

My Sportlots tactic usually goes something like this: hunt down the card that I’m jonesing for, add several reasonable priced copies of it to my cart, repeat as needed for cards I’m actively targeting. Then I’ll start looking at seller shipping rates, and what else they have on hand that I might be interested in getting. So that’s how this great card wound up being the twenty-first entry into my little Kitten PC. 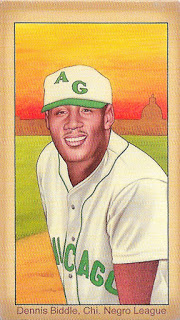 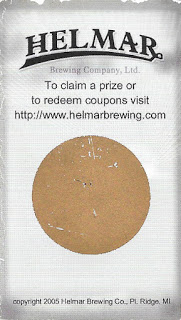 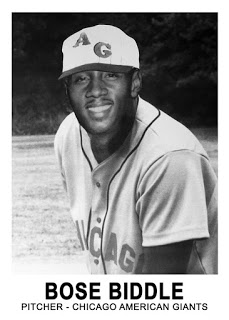 Alright, on to the eBay stuff. Let’s start with this super neat card of Dennis “Bose” Biddle, who pitched for the Chicago American Giants in the latter days of the Negro Leagues. I’d gone out hunting for Biddle on cardboard after picking up a copy of his book, “Secrets of the Negro Leagues.” It’s got a brief entry of his playing days, but the bulk of the book chronicles his struggle, along with Sherwood Brewer, in fighting to get pension and healthcare for all of the former Negro League players, no matter when they played. It’s an intriguing read, at the least.

I was pretty shocked to discover that there was indeed a card of Brewer, from the 2005 Helmar Brewing set. This puppy is a tobacco-sized mini, and thick. Like, jersey card thick. I actually found it on Fuji’s blog, and knew that I needed to track one down. It’ll be fun to get this signed, I think. I used the same picture (the only one I could find of Bose from his playing days) to make a custom of Biddle that I intend to send him, in the 1960 Leaf style. That’s it on the right. 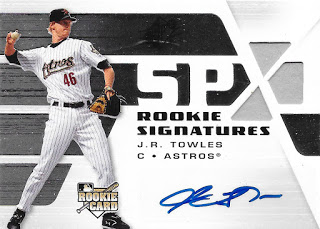 In the same order, I also picked up a Bagwell Power Brokers refractor which I’ve already posted, and this J.R. Towles autograph from 2008 SPx, for a buck each. Hooray for combined shipping! 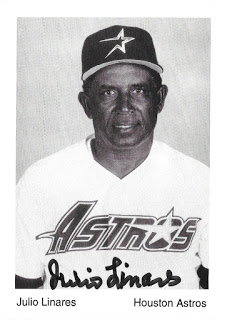 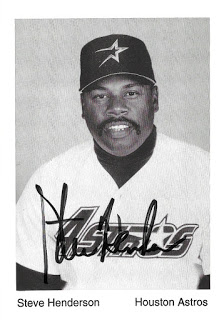 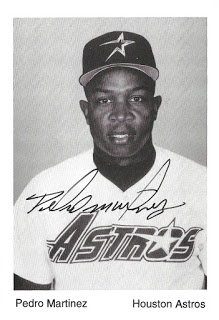 There’s going to be a lot of ink from here on out. Most of my eBay pickups this year involved autographs of some sort. This trio filtered my way thanks to a saved search for Ross Powell’s autograph, who passed away in an accident last year. These are likely from 1995, as Henderson (a Houston native and graduate of local Yates HS) was the hitting coach at the time. Linares was a longtime Astros staffer, serving as the bench coach under Terry Collins from 1994-1996 and spending a great deal of time in coaching and scouting roles in the minors for the club. Pedro Martinez – no, not that Pedro – was a left-handed reliever the club picked up in 1995 in the massive trade with the Padres. They were all cheap pickups, and Martinez is fairly tough to get, so I was happy to add them to my Astro-graph collection despite missing out on the Powell. 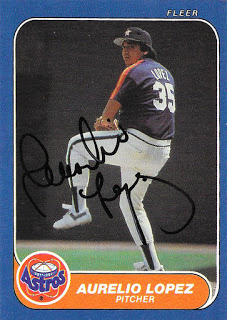 There are several guys from club history who have passed on and only have a few cards that show them in a Houston uniform. I’ve kept saved searches for a handful of these guys for a while, and I finally landed an affordable Aurelio López signature. The World Series champion with the Tigers has a handful of signed cards that float around at an okay price, but the couple Astros ones I’ve seen have usually had outrageous prices. I finally spotted one in a better range and threw out a Best Offer, and the seller bit on it. I might have been able to get away with an even lower price, but who knows. I’m just happy to pick up an auto of Señor Smoke. 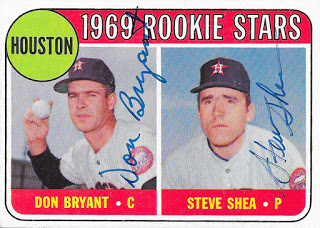 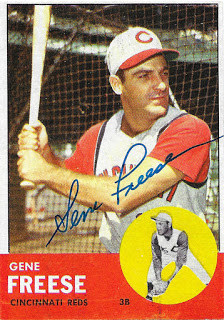 Likewise, these are Don and Steve’s only Houston cards. I picked up a copy signed by Shea some time ago, and whenever that happened I threw up a saved search for one inked by Bryant. There have been two or three floating around for ten bucks a pop, but when this dual signed card showed up for just six dollars, I threw it in my cart and went looking to see if the seller had anything else of interest for me.

That’s where this Gene Freese came into play. He also was listed for just six bucks. Freese capped his career with a 21-game appearance after the Astros picked him up from the White Sox in late July of 1966. He had a stellar year in 1961, playing a key role in the Reds NL championship team as he smacked 26 homers and drove in 87 runs. An ankle injury derailed him in 1962, and he was never quite the same. Freese passed away in 2013 and has no Astros cards, so this seemed like a fine entry for his spot in the Astro-graphs binder. 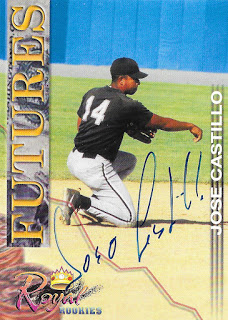 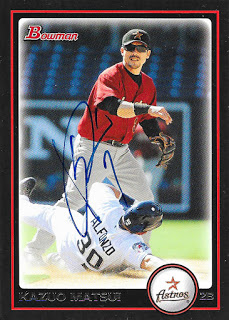 Which brings us to the most recent additions. In light of the tragic news of the murders of Luis Valbuena and José Castillo last week, I was surprised to learn that not one but two Astros had passed away. Castillo’s big-league career ended with 15 games in an Astros uniform in late 2008, as he got into 10 games at second and third, along with 5 pinch-hitting appearances. He was granted free agency at the end of the season, and had spent time in the Japanese and Mexican Leagues, while playing winter ball in Venezuela. I immediately hunted down an early auto of his – sometimes my favorite options for the guys without Astros cards are minor league cards – and wound up pocketing a Kazuo Matsui autograph from the same seller as he’s another tough autograph. 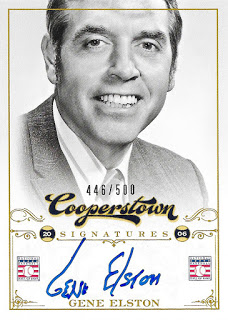 Which brings us to the last entry here for the honorable mentions. Frick award winner and longtime broadcaster Gene Elston passed away back in September 2015. At the time, I’d been planning to whip up a custom of him and get it sent out, but I wasn’t quick enough on the draw. I’d spent too long looking around for a good color photo, when I should have just accepted that it wasn’t going to happen.

So, when Elston passed, I put up another saved search. There are several 8×10’s of him speaking at the Hall of Fame induction ceremonies, and a few assorted items* – a pair of books, one of which appears to be a kids book. And then there was an outrageously priced copy of this autographed insert from the 2012 Panini Cooperstown set. Knowing that there were 500 of these bad boys out there, I held out for the day when a lower priced copy became available, and wound up picking this one up for less than five bucks shipped. What an excellent find! When examining the checklist, I noticed that another longtime Astros broadcaster and fellow Frick Award recipient, Milo Hamilton, also has an autographed card in the set. I’ll need to keep an eye out for that one now.

All told, I’m really happy with all of these finds – and I added nine guys to the Astro-graph collection in these pickups!
Stay tuned, though – we’ve got some more sweet finds to discuss in the next two weeks. Onward ho!

0 Replies to “Brubaker’s Dozen Finds of eBay #13: The Honorable Mentions”