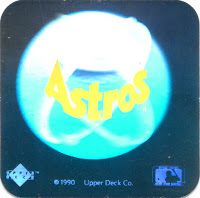 Alright, I’m officially the king of cranking out three to five posts in a couple days, then letting this thing go dormant for at least a week. I guess that’s my brand.

It’s time to keep plugging away at the ol’ overdue trade posts. Here’s a fine TCDB trade that floated in back during the sweltering June heat from Doe (DoeMG). I was able to put together a nice 60+ card package for him, and in return picked up a smattering of interesting cards – some Astros, some not. One of my favorite additions was this 1990 Upper Deck logo sticker, which completed my needs from that set. 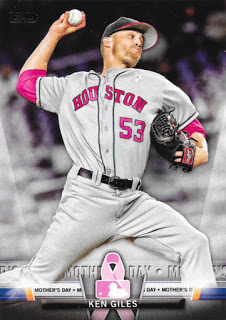 Oh, Kenneth. Here’s Giles in happier times with the club. He had his falling out with Hinch right around the time this trade was completed. 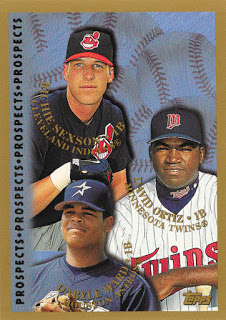 Another pair of set killers! I can call both the 1994 Fleer and 1998 Topps team sets complete now thanks to this trade. The prospects card isn’t the easiest one to come by, and it’s not because of Daryle Ward or Richie Sexson. It’s not even an Ortiz rookie, but this one was definitely the hardest card to track down for the team set. 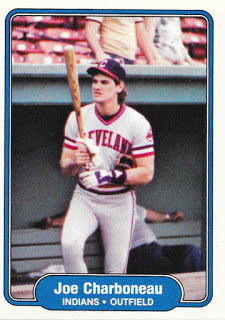 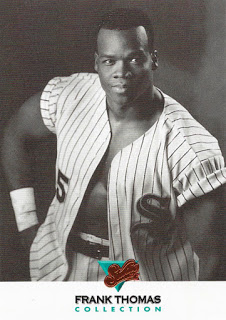 I did a fair amount of plowing through Doe’s trade list to find some stuff that didn’t match my want list, but definitely fit into niches of my collection. How do you not pick up this card? This Frank Thomas insert set is actually pretty nice. 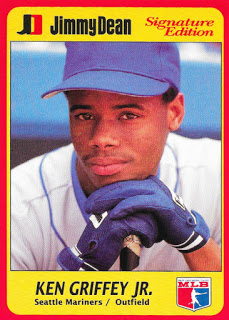 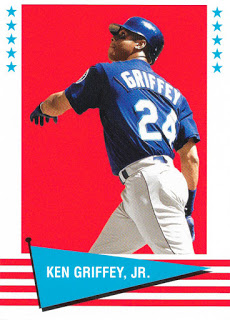 I grabbed a pair of Griffey’s in this trade. Look at young Jr. being all coy on that sausage card. That fits my food issue fandom perfectly. The Vintage ’61 from 1999 Fleer Tradition brought me within a few cards of completing that insert set (which I finally finished later this year). 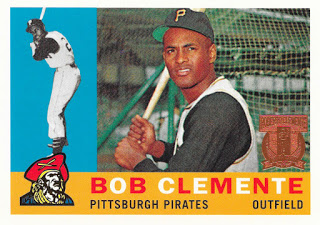 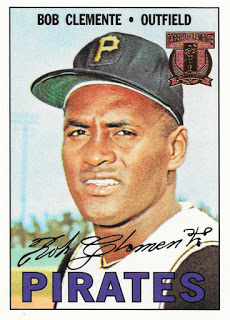 Doe also had a pair of the awesome Clemente reprints from 1998 Topps up for grabs, and I happily accepted them into the collection. Someday I’ll put the whole run together. 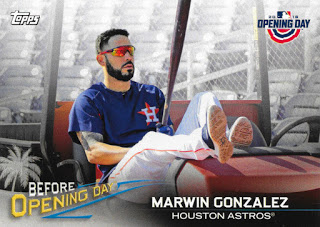 It’s only 63 days until pitchers and catchers, y’all. Time to get ready to lounge in that golf cart. Marwin won’t be doing it in an Astros jersey come February, though. At least, I’d be really surprised if that’s the case. 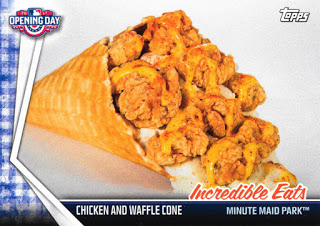 Finally, also from 2018 Opening Day: yes, this monstrosity is something you can order. No, I have not bothered to try it. Yes, if you come through Houston during the season we can most definitely go to a game and get one, if you like.
Thanks for the trade, Doe!

0 Replies to “Trader’s Backlog: A Little of This, A Bit of That”