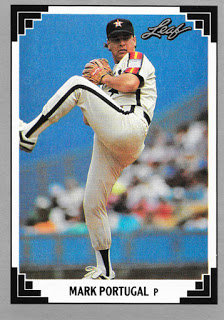 If you follow me on Twitter, you’ll know that I hit the score of the year last week, rather unexpectedly. I’m itching to post about it here, but I promised myself that I’d get another month cleared from the trade backlog before I started in on it.

Welp, let’s finish June then! This is the final unposted trade I made back then, and these came in from Dan (PapaG321) at TCDB. I passed him a stack of cards from the early 90’s – several of the Nolan Ryan Pacific cards, some ’92 Donruss, and some assorted basketball stuff made up the bulk of it. In return, I asked for a few select early 90’s cards in return, like this Mark Portugal from 1991 Leaf. I’ve always thought the “photo corner” design of these was a bit odd. Nabbing this in the trade let me finally cross the ’91 Leaf Astros off my list. 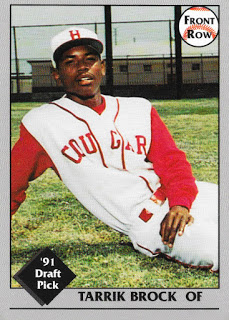 This is not an Astros card, but it is an absolutely phenomenal card of former Astros coach, Tarrik Brock. Brock made it up to the big leagues for a month with the Cubs at the beginning of the 2000 season, but that was it. He was part of Bo Porter’s ill-fated coaching staff, serving as first base coach in 2014. I need to whip up a custom to send him, but the thought of getting this inked up along with it was just too good to pass up. 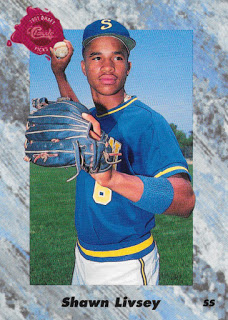 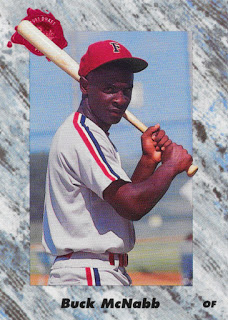 These two, from the 1991 Classic Four Sport Draft Picks set, are indeed Astros cards. Both of these guys are featured in the 1992 Stadium Club Dome set among the myriad of the draft pick shots. Neither one made it to the majors, however. There’s just something charming about seeing them in high school and college uniforms. McNabb was in affiliated ball through 1999 before playing an additional six seasons in independent ball. 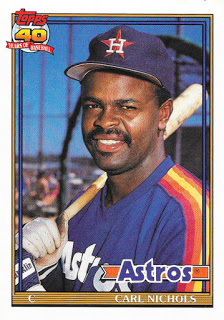 Hmm, why on earth would I be requesting a pair of ’91 Topps cards? I’ve long since had this set completed. 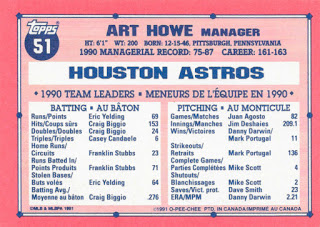 Oh, because they’re CANADIAN! Look at all that glorious Français on the back! Always fun to add some OPC’s to the binder. 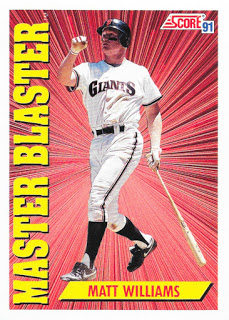 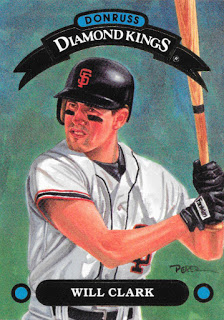 I nabbed a few more of the Master Blaster / K-Man / Rifleman subset from ’91 Score in this trade. I’m almost done with that subset. I like the full-bleed Diamond Kings from ’92-’94 a bunch, so I scooped up this card of The Thrill as well. 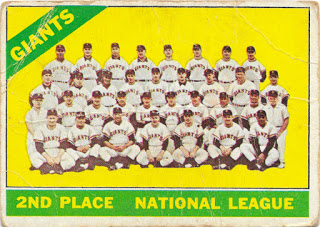 Ok, now things are getting weird. How did this wind up in the package? 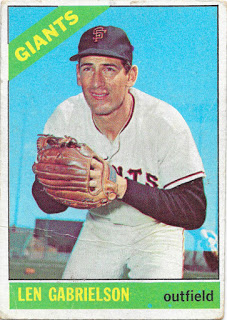 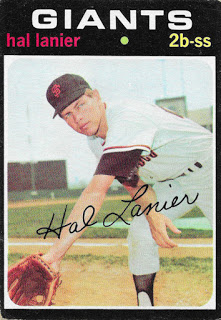 I definitely didn’t ask for these vintage Giants, but they have a happy new home in my collection! Dan really went all out in tossing in some nice extras for me! It was a complete surprise, and I was pretty thrilled to find a nice little cluster of vintage in the package. 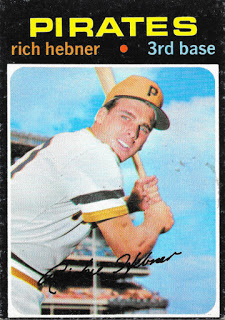 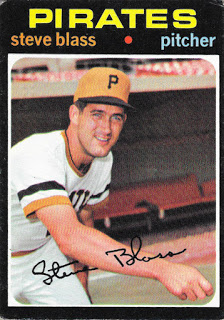 Check out these two sweet Pirates cards! I’ve written both of these guys before. I suppose I have a small ’71 set build in the works now! 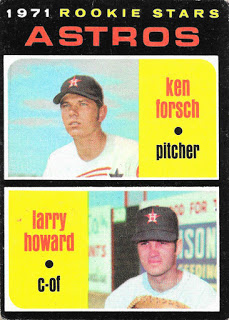 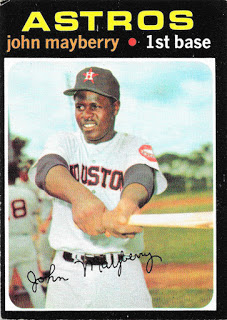 There was even a pair of Astros in the little vintage pile! These are super cool finds. Thanks for the awesome trade, Dan! I’ll have to check your want lists and see if I can’t find something else to send your way soon.

Now, for the rest of you – stay tuned for a whopper of a post tomorrow.