by MarcPosted onDecember 11, 2018July 9, 2019
Time to keep things moving around here. Like these cards that came in from another TCDB trade back in June.

Yup, that’s a lovely pair of 80’s Sportflics cards, featuring Nolan Ryan and Mike Scott, respectively. Jim (j_co_12) sent these my way when we arranged a swap through the site. These were the only two new Astros for the collection, but there was plenty more to speak of in this package. 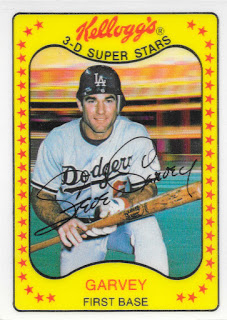 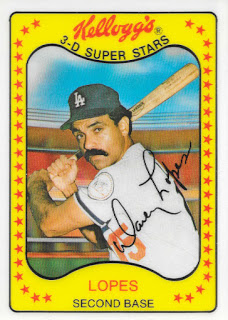 For starters, a pair of the absolutely fantastic 1981 Kellogg’s 3-D Super Stars in all of their golden glory. Not a bad half of the infield, eh gcrl? I love this Kellogg’s design, in part because of the bright yellow departure from the more typical blue themes this set had used, but also due to its increased, yet still-not-standard card size. 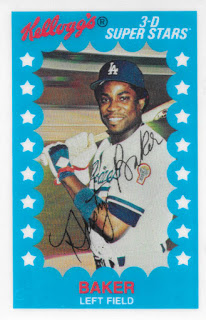 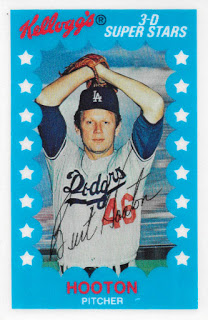 Oh look, more cereal surprises! If you haven’t picked up on it by now, Jim is a Dodgers fan, so I was able to nab some of his Dodger Dupes for some of the food sets I’m slowly working toward. 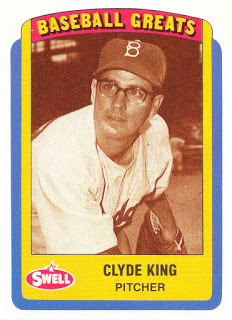 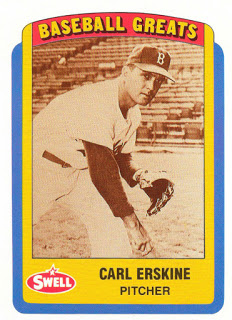 Those dupes also led me into a few new cards for the Swell sets. There’s just something about these late-80’s / early 90’s legends sets that draws me into the vortex. I’m not actively hunting this one, but will pick up any strays I come across. 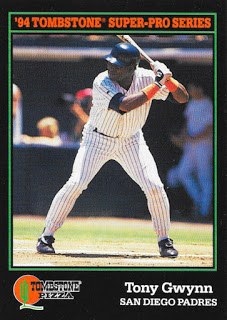 Mmm, pizza time! I’m definitely going to put this Tombstone set together, someday. This pair from Jim brings me up to a handful of the set. 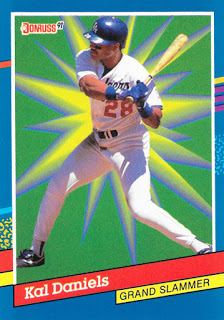 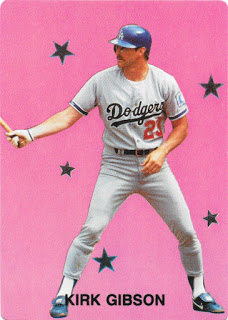 Some more Dodgers here. The Grand Slammers inserts from ’91 Donruss are one of the first cards that really caught my eye when I was a kid. I have a few of them, and would like to build the whole ’91 run. The Gibson is a superb Broder that I just couldn’t pass up. I’d originally intended to pick it up as a bit of trade bait, but when I actually held its powerful pinkness in person, I decided it was just too much fun and opted to keep it. 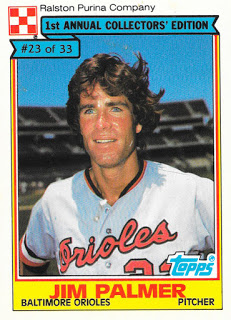 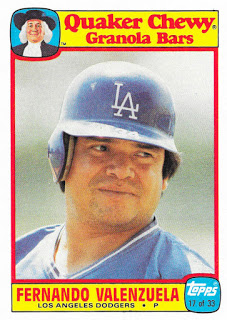 Here’s another pair of cards for some food issues sets that you should be well familiar with if you’ve been following the blog this year. I’ve made some good progress on these mid-80’s oddballs. 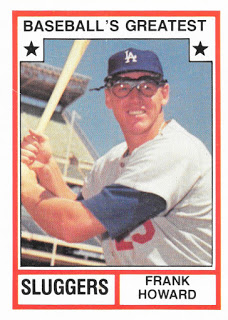 Finally, the last card in the trade was a stupendous one of Frank “Hondo” Howard, The Capital Punisher himself. Oh sure, you can call it a poor crop, but do you really think cardboard could properly constrain this beautiful beast? Just look at the forearm on Frank here! I’m a big fan of this TCMA set, and adding a this Hondo was a no-brainer.

Thanks again for the trade, Jim!